Latrell Mitchell has been suspended for a late and high shot on Wests Tigers’ David Nofoaluma.

South Sydney superstar Latrell Mitchell has been suspended for a late and high shot on Wests Tigers’ David Nofoaluma.

The 23-year-old failed to have his grade-two dangerous contact (head/neck) downgraded at the NRL Judiciary tonight and has been slapped with a four-week ban.

Had he successfully argued his case, he would only have missed one week. Had he taken an early guilty plea it would have been three weeks. With an unsuccessful hearing at the judiciary, Mitchell will now be sidelined for four, which holds disastrous consequences for his Dally M tilt. 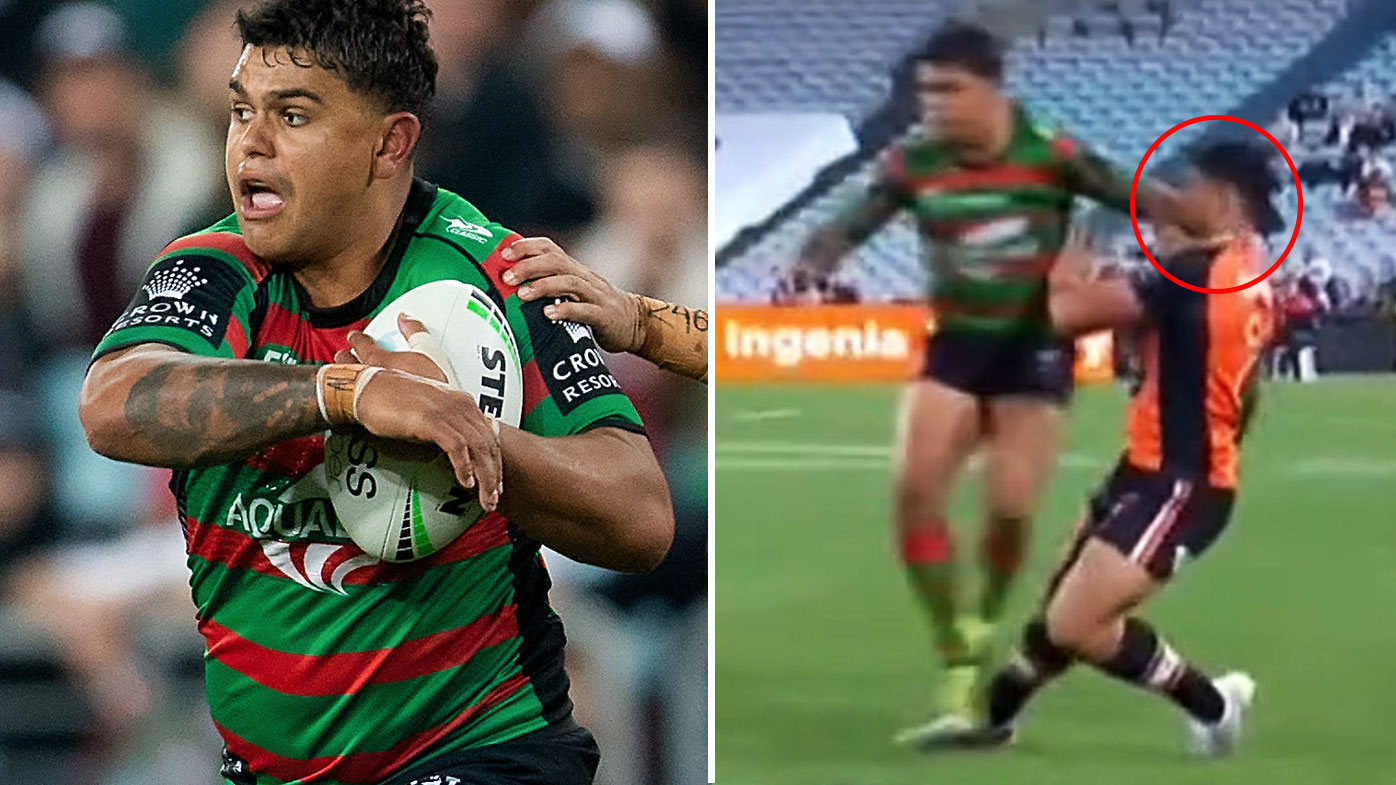 The rules state that any player who is suspended twice in a season is ineligible to win the Dally M, but if you are banned once, you’re docked three points for each game you miss.

Mitchell is currently one point ahead of Ryan Papenhuyzen atop the leaderboard, and with 12 points set to be docked, that’s pretty much ended his Dally M dream for 2021.

Ahead of Mitchell’s hearing, Souths were reportedly up in arms over inconsistency in rulings across Round 6.

The club believe there was a double standard when it came to a second dangerous contact charge handed to Mitchell when he slid into Luke Garner in the 44th minute.

Similar incidents across Round 6 saw Knights’ Mitch Barnett slam his knees into Cronulla’s Briton Nikora’s head, while Jonus Pearson slid into Tom Trbjoeivc in the Titans’ clash against Manly.

Neither man was charged but Mitchell was, for a noticeably far lighter collision with Garner. 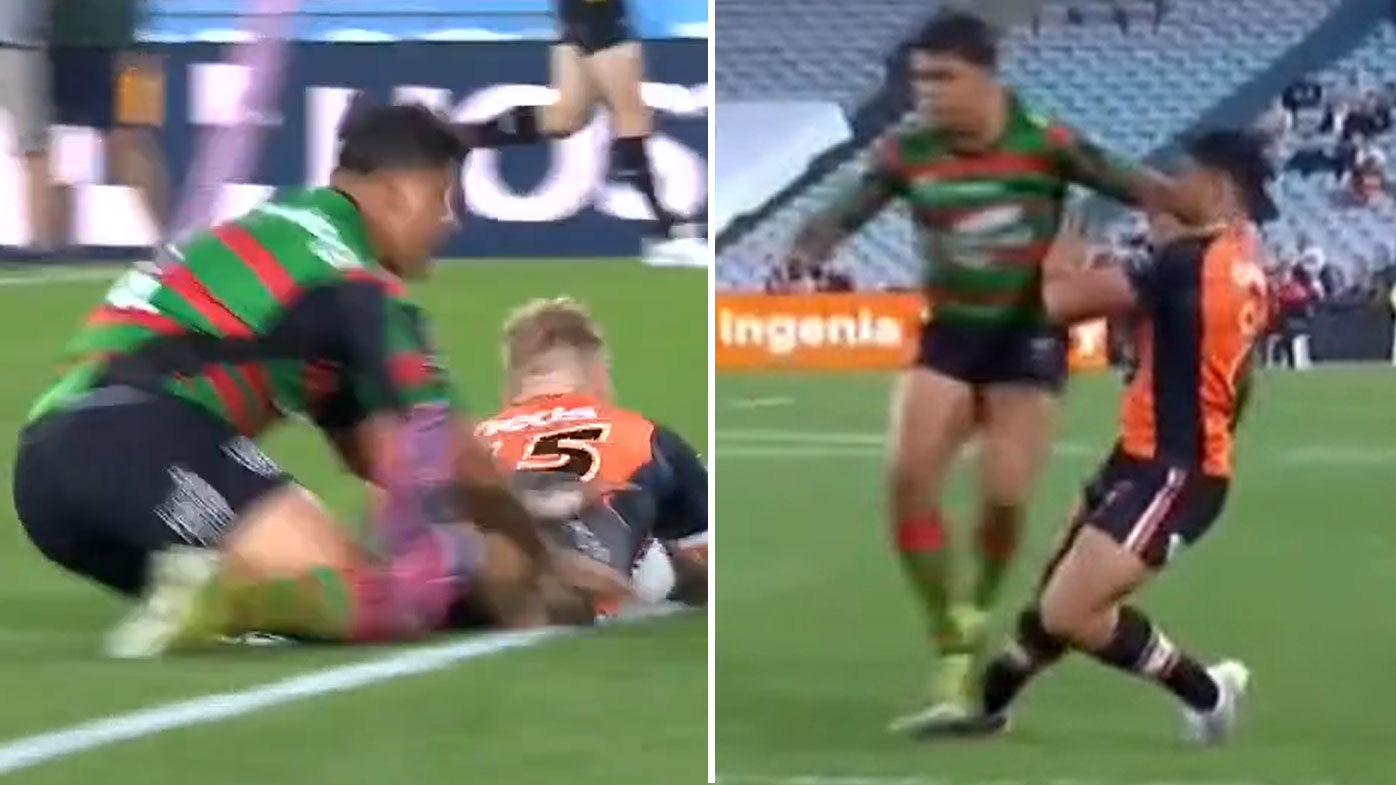 That additional charge carried massive implications for Mitchell’s Nofoaluma defence. He wouldn’t have missed a single game had he not been charged for the Garner incident.

Mitchell’s season had been sensational so far. The Rabbitohs are flying high and he’s taken his fullback development to another level – but the club decided to take a calculated risk which didn’t pay off.

Souths will be without Mitchell for their trip to the Gold Coast – but a tricky stretch follows, with a game in Canberra before they host the Melbourne Storm and then do battle in magic round with the Cronulla Sharks.