Gary Player has spoken out after his son was accused of trying to steal the spotlight at this month’s Masters.

Legendary golfer Gary Player says his son Wayne was wrong to hijack the opening ceremony at this month’s Masters tournament, but stopped short of confirming if he’s been banned from the club.

Wayne Player, 58, was serving as his father’s caddie for the traditional ceremony, where Gary and Jack Nicklaus hit the opening shots of the tournament.

They were joined this year by Lee Elder, who in 1975 became the first black man to play in the Masters.

Ill-health prevented Elder from hitting a tee shot, but while he was being honoured by club chairman Fred Ridley, Wayne Player positioned himself beside Elder while ensuring a sleeve of OnCore golf balls was clearly visible to the cameras. 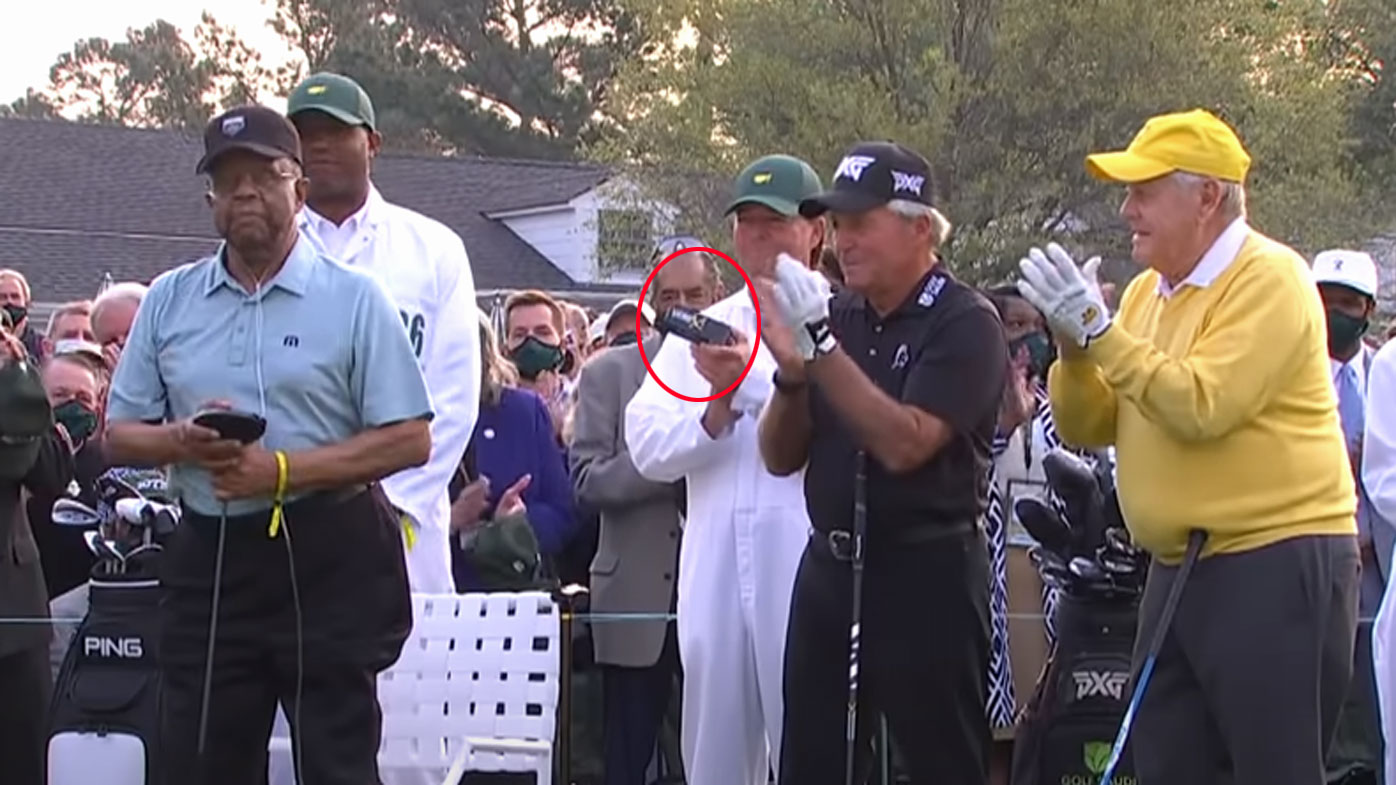 “I’m the first to admit it wasn’t the most intelligent thing to do,” he said.

“I don’t think he did it with any malice. But it was wrong.

“I said to Augusta, ‘Listen, a man’s got to take his punishment if he does something wrong and you don’t want him back here again, then just bar him. That’s what you’ve got to do.'”

“Wayne has since correctly been banned from Augusta National and The Masters tournament,” Marc wrote.

“What a shame. What an embarrassment. What a bad decision to allow him on the first tee after years of similar shenanigans. My apologies to all.”

Gary, however, wouldn’t confirm that Wayne had been banned.

“I don’t know and if he is, so be it, it’s not the end of the world for him. If they do, that’s fine. He must accept the punishment,” Player said.

“He said to me, ‘Dad, I didn’t mean to do anything that was detrimental or against Augusta.'”

Gary’s relationship with Marc is reportedly strained, after Gary last year received a multi-million dollar settlement after filing a lawsuit against Marc over the use of his name and likeness.

“Every parent has problems with their children, this is part of a family,” Player said. 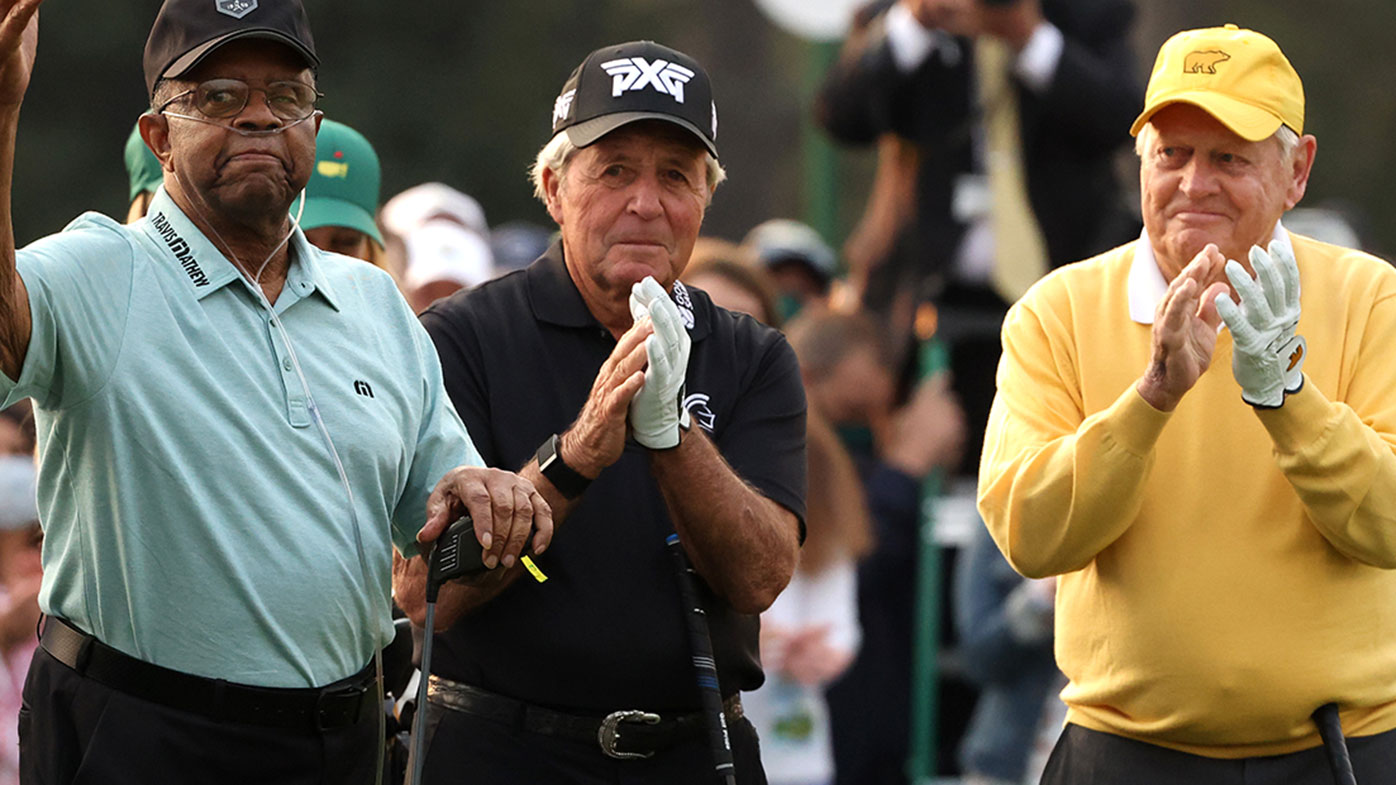 “I’m very blessed, we have six children, 22 grandchildren, I’ve been with my wife for 71 years, am I going to worry about a few jerks that write in and condemn me? They don’t even know us. They have no idea, they get great pleasure in condemning people.

“I was very disappointed the way he (Marc) criticised his brother, that’s the pot calling the kettle black.

“But you just keep moving ahead, we’ve changed our business structure, Marc is not with us anymore, he’s my son, but we have a new team.”

While many expressed outrage that Wayne had taken the focus away from what should have been Elder’s moment, Gary said there was no hard feelings between the pair. 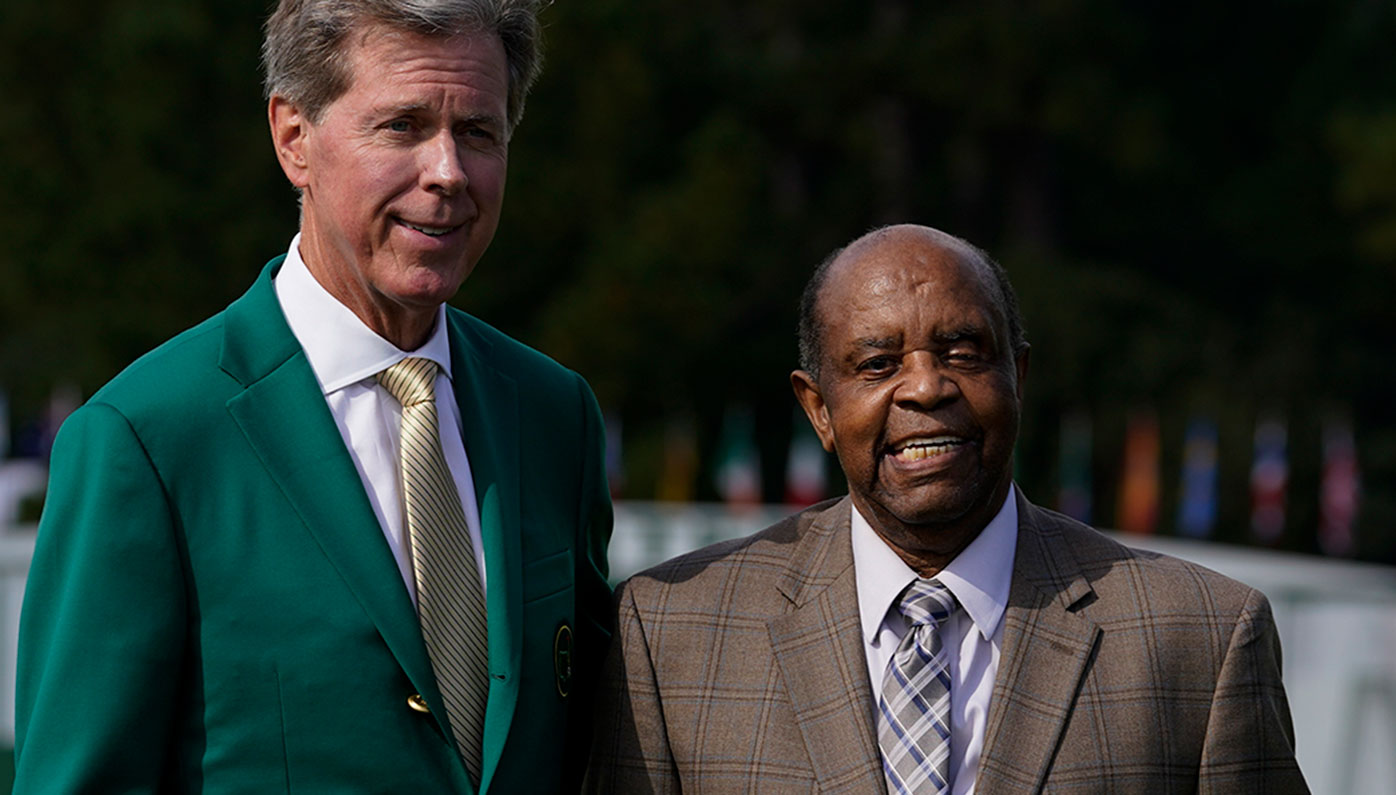 “Lee Elder is a very dear friend of Wayne’s, he even phoned Lee Elder and Lee Elder said, ‘Don’t worry about it, my goodness me, I’ve always loved you and you love me,'” Gary explained.

“But people make things so bad … but if you do something Augusta doesn’t like, let me tell you Augusta have done a lot of things that a lot of people don’t like, that’s their course, their tournament, and you’ve got to abide by their rules.

“If you don’t, you’re going to be asked to leave, and we’ll see what their verdict is.”