UFC champion Alexander Volkanovski is relishing the role of cornerman rather than fighter as he builds to a world title fight.

UFC featherweight champion Alexander Volkanovski is relishing the chance to play the role of cornerman rather than fighter as he builds to a world title fight that was postponed because of COVID earlier this year.

The 32-year-old was scheduled to fight American Brian Ortega in late March, but will now take his time rebuilding to full strength as the pair have both been named coaches on the next season of The Ultimate Fighter, which will culminate in their world title fight in a few months’ time. The series will be broadcast from June 2.

The fight at UFC 260 was called off after the Australian tested positive to COVID-19.

“It was hard to take in, it didn’t feel real to be honest. I had [UFC matchmaker and executive] Sean Shelby ring me and say ‘look man, sorry to let you know but you’ve tested positive, we’re going to have to reschedule’,” he told Wide World of Sports.

“It was a weird conversation, because I didn’t know how to take it. It was definitely a shock, because usually if someone pulls out it’s because they broke their leg or they’re really sick, but at the time that wasn’t happening.

“Obviously I ended up getting a lot more sick after that.”

Volkanovski’s condition worsened in the following weeks, and he still hasn’t yet been cleared for full training.

“The symptoms went away, but my lungs got infected and it got a lot worse. Even now I’m still not back to a hundred per cent. I feel a hundred per cent, but I’m not allowed to train at that level, I can’t get that heart rate – I’ve got to ease into it,” he said.

Traditionally, the two coaches on each series of The Ultimate Fighter face off at the end of the competition – that date is yet to be confirmed, but it would likely take place after September of this year. 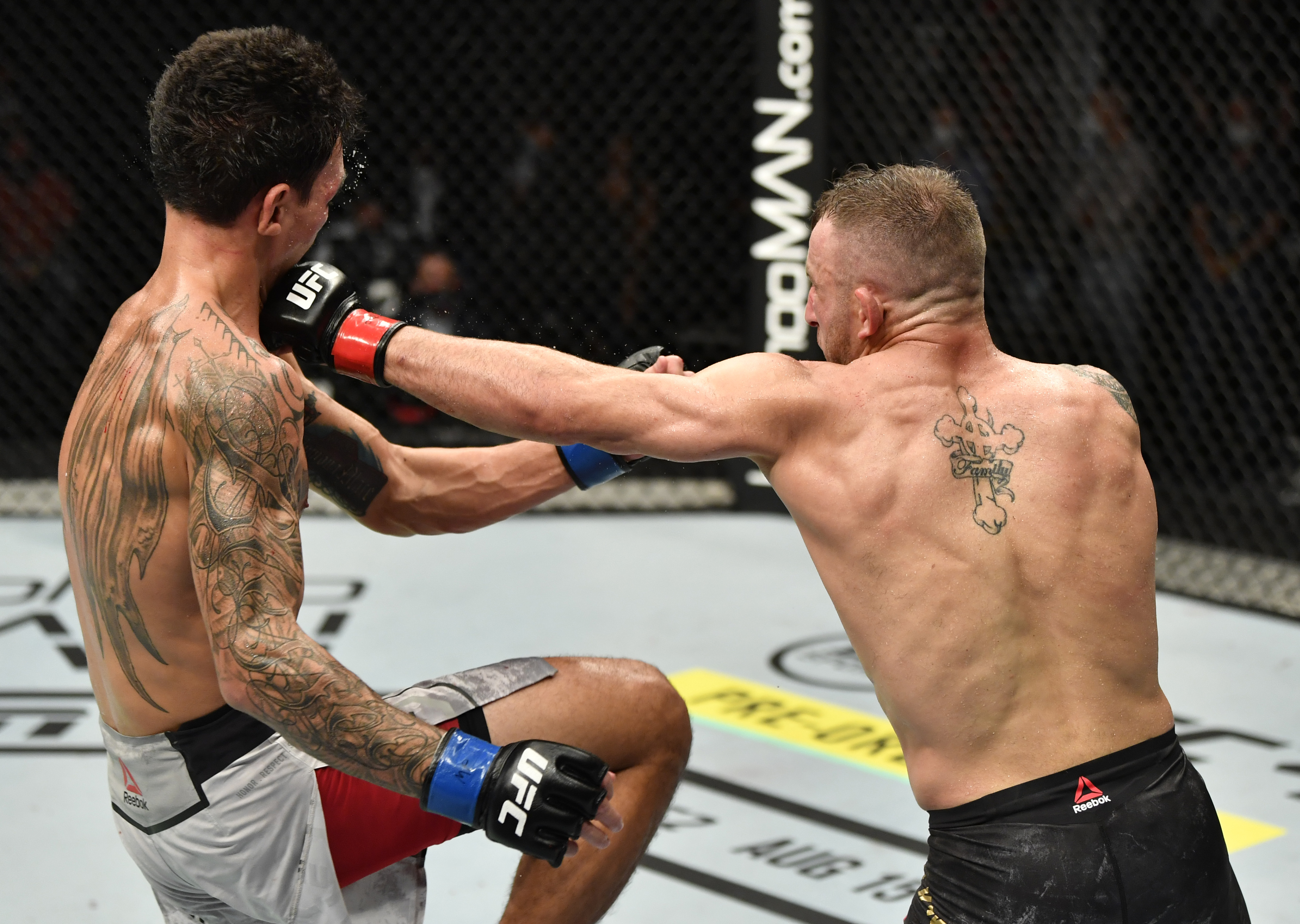 “It’s a big opportunity – obviously when you’re fighting you don’t get time to do these things, but given I can’t jump back into a fight right away, this is a great way to ease into things,” Volkanovski said – and warned that things could get a bit spicier than usual given his close proximity to his opponent.

“Going into this fight, there wasn’t bad blood – we’re not the type of guys to just stir shit for no reason. But this is going to be different, we’re going to be stuck in a house together, we’re both very competitive.

“I don’t think this is going to be as friendly as it’s been once filming starts.”

Fellow Australian Robert Whittaker was one of the coaches on the previous season back in 2018, and finally fought rival coach Kelvin Gastelum yesterday, in what was a dominant performance for the former middleweight champion.

“He looked great, was good to show some wrestling and grappling in there as well,” Volkanovski said.

“He was on fire, it was sharp, and not only that, it was a pretty high-level matchup. Gastelum was doing some alright stuff but Rob was just a step ahead the whole time.”