After three consecutive premierships between 2013-15, Hawthorn has gradually slid down the ladder, despite refusing to fully commit to a rebuild.

Cornes highlighted the Hawks’ team composition in its Round Five loss to Melbourne, which featured just three players 21 years of age or under, as evidence of why Clarkson’s competence hurts his team.

“For me, Clarkson’s coaching does them more harm than good, because he’s so good,” he told Nine’s Footy Classified. 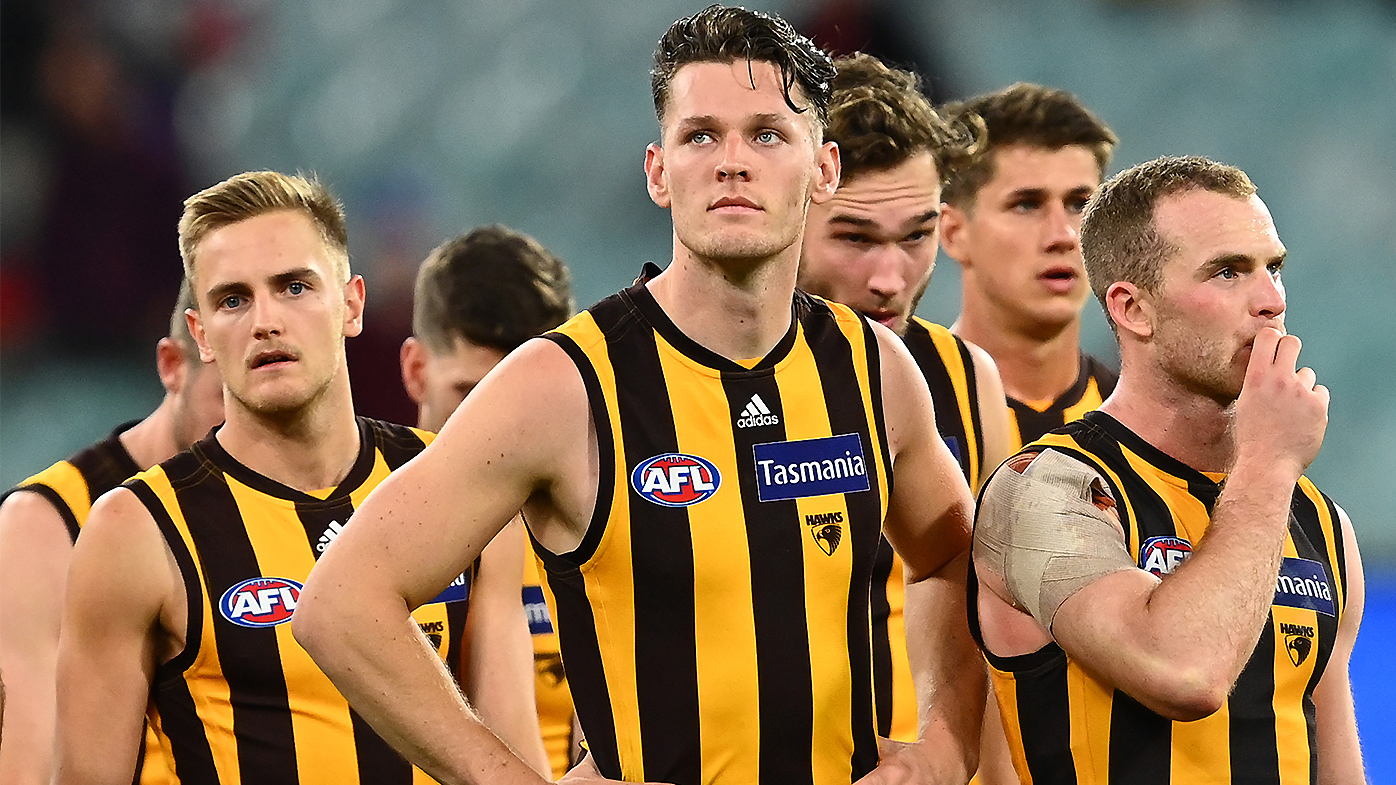 “They’re 14 points down at three-quarter-time on the weekend, so they think, ‘Hang on, we’re not that far off this’.

“They’re in games and they’re competitive, you can’t question their effort, but they need to re-develop this footy club, and quickly.

“They could easily beat Adelaide this week, but I would argue that does them more harm than good because once again they’ll say, ‘Geez, we’re not bad, we knocked off a top-eight side’, but they need to realise exactly where they’re at.”

“I reckon they’ve made their bed but they just won’t accept that it’s bed time. They’re trying to hang on with the lights on,” he said.

“It’s the Belichick ‘I can turn any list into a premiership list’ mentality, which is what’s made him great, (but) it’s blowing them way off stream.

“There’s not really anyone probably there strong enough to say, ‘Hey, this team has taken us far enough’.”