McLaren’s Lando Norris had a day to forget while F1 rookie Yuki Tsunoda also experienced some bad luck during qualifying in Imola.

Lewis Hamilton claimed his 99th career pole position in qualifying for the Emilia Romagna Grand Prix, with Red Bull’s Sergio Perez joining the seven-time world champion at the top of the grid.

Max Verstappen will start third on the grid in the other Red Bull as the top three were separated by less than one-tenth of a second.

“The day’s been great obviously,” said Hamilton. “I definitely didn’t expect us to be ahead of the two Red Bulls. They’ve been so quick this weekend.

“There were times when they were six-tenths ahead and we didn’t really know where we’d be. But the car was already feeling a lot better from the beginning this weekend.

“I knew going into qualifying and especially that last lap, it was going to take something special,” he added.

“It really had to be the most perfect lap and a little bit more to beat the Red Bulls because they really have been so fast all weekend. And I didn’t honestly know whether we could do it.”

The major talking points around the day centred on a big crash for rookie Yuki Tsunoda, and some bad luck for McLaren’s Lando Norris, who would have been third if not for exceeding track limits and having his time cancelled.

“I’m pretty disappointed, pretty annoyed with myself,” Norris said. “It was a very good day until then. I think the team did an awesome job. The car really came alive in quali, we made a lot of improvements since Friday but that one lap I really don’t need to make a mistake on, I effed it all up.

“The thing that people don’t realise is that it’s the same for everyone, so at the end of the day, it’s my mistake and I’ve messed it all up. From the outside, it looks a lot easier to stay between the lines than what it is inside.” 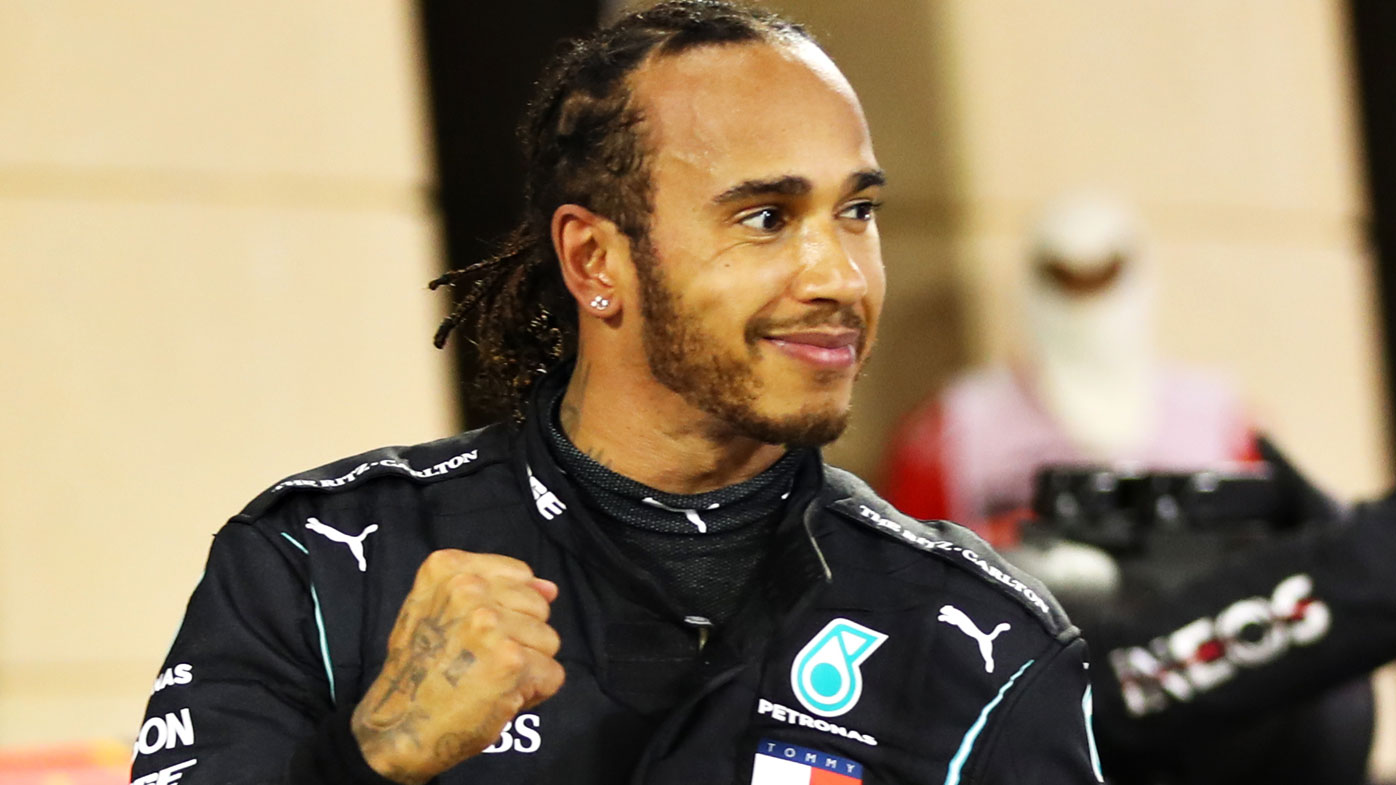 Hamilton’s Mercedes team-mate Valtteri Bottas could only manage eighth, with Esteban Ocon and Lance Stroll rounding out the top 10.

Carlos Sainz failed to make it to Q3 and will start in 11th position in the second Ferrari.

Japanese rookie Yuki Tsunoda, crashed his Alpha Tauri into the wall coming out of a chicane in Q1 and will start from the back of the grid..

“First of all, the body feels OK – no issues,” said the 20-year-old Tsunoda. “Just pushing too much in entry. I had massive instability in entry, massive slap and couldn’t control that car and just spun into the barrier.

“The car was amazing and it was just a huge mistake. Really sorry for the team, and I’m just going to have to come back tomorrow.”