Michael Maguire says he will challenge the NRL over a string of controversial moments in his side’s loss to Souths.

Wests Tigers coach Michael Maguire has revealed he plans to follow up the NRL over a number of controversial moments during his side’s loss to South Sydney.

Maguire’s frustrations come on the back of two separate incidents involving South Sydney fullback Latrell Mitchell, who is facing a four-week ban for a high shot on winger David Nofoaluma that occurred during the first half

Mitchell, who was placed on report for his incident with Nofoaluma at the time, found himself in hot water again, when he appeared to kick forward Luke Garner late in the second half of the match.

But Mitchell’s incident with Garner went unnoticed at the time and South Sydney, who were trailing by eight points, moments later received a penalty as the momentum in the game shifted. 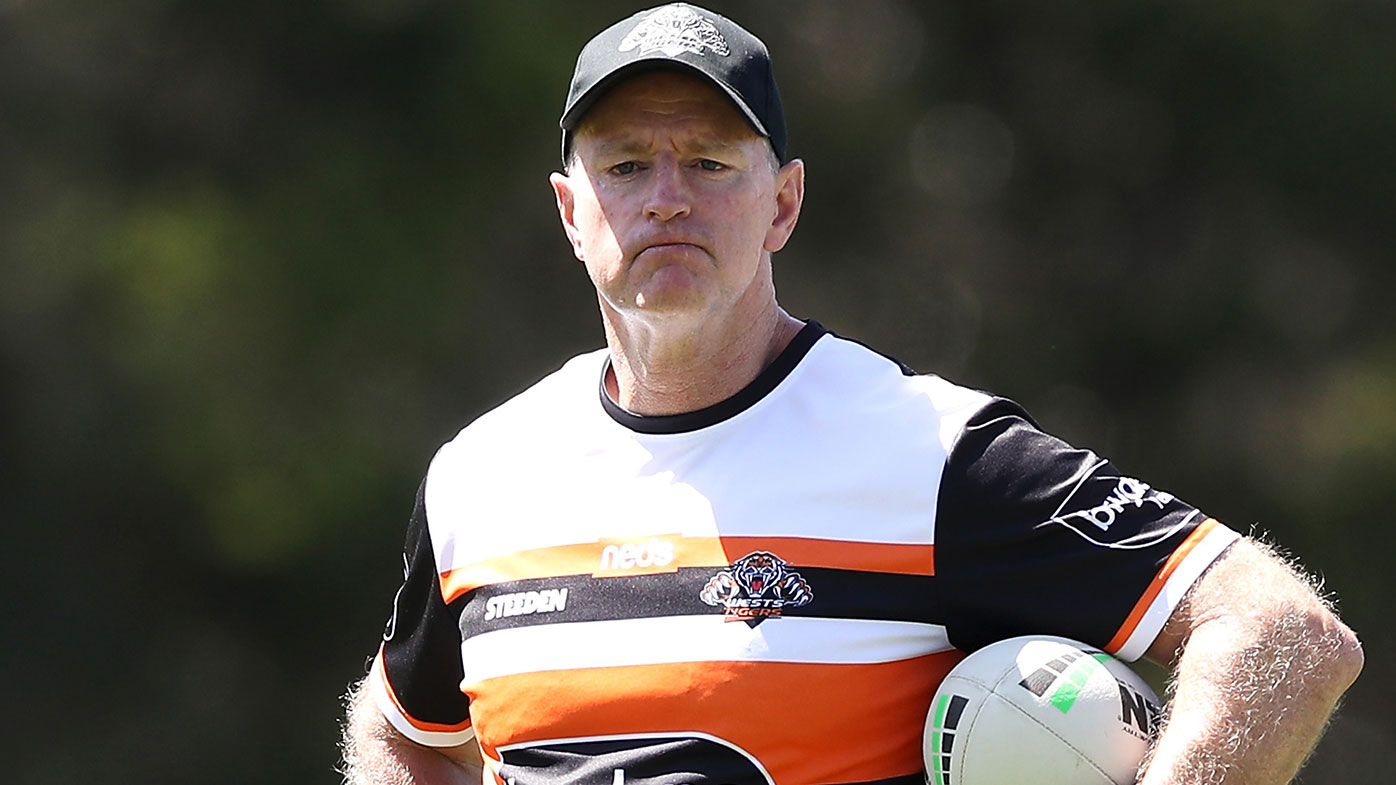 Maguire after the match said it was a “massive” momentum changer as he called on the NRL to look at more ways for the bunker to intervene. The Tigers coach also pointed out that he felt Mitchell made contact with the sideline when had the ball just moments before the incident with Garner occurred.

And today he doubled down on his comments, revealing he plans to follow up on Saturday’s incidents with NRL head of football Graham Annesley.

“Yeah definitely [we will speak with the NRL],” Maguire told Triple M.

“As a club, we’re working extremely hard to make sure we’re doing everything right so then those things go in the right favour of what should’ve been adjudicated at that moment in time.

“As a club, they’re supportive of everything that we’re doing.

“No doubt the club, myself and Graham Annesley will be chatting about why those decisions weren’t adjudicated at that moment in time, in what they should have been.

“We have the technology to make those decisions at that moment in time, they need to be made in the correct manner.”