It took a 55th-minute send-off to wake up the Cowboys and Bulldogs, as Jack Hetherington was giving his marching orders for an ugly high shot on Valentine Holmes.

With the Cowboys leading 12-6, Hetherington came rushing out of the line to meet a steaming Holmes but was wrongfooted by the Cowboy, left to throw out a wild arm that caught the fullback flush around the neck.

The brutal clothesline sent Holmes crashing to the ground and invited an almighty scuffle as both sides raced into the fray.

“He may as well punch here, he’s going to be gone for a couple of weeks,” NSW Blues coach Brad Fittler said in commentary. 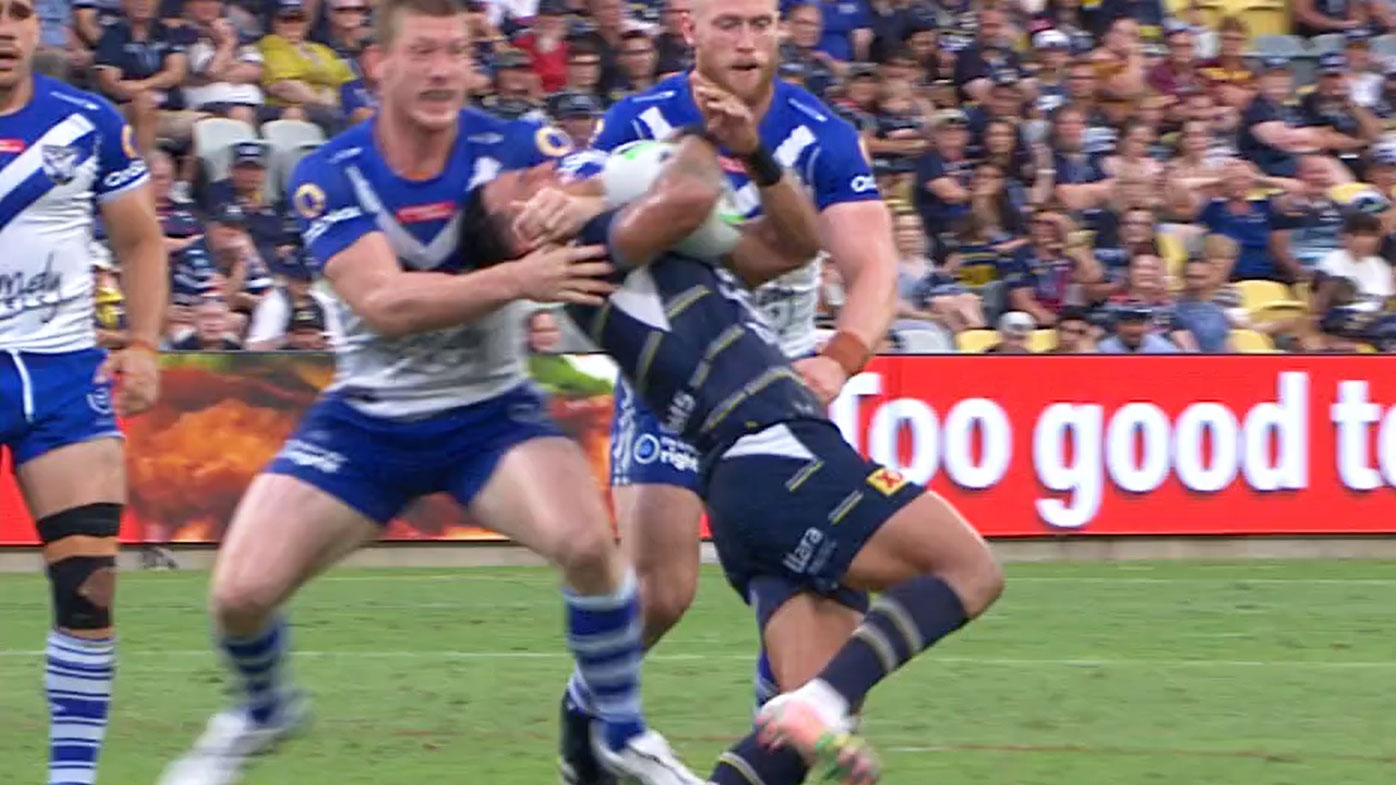 Hetherington didn’t have much to argue as he was sent directly from the field by referee Ashley Klein.

He’ll undoubtedly be facing a lengthy ban yet to be handed down by the match review committee.

The hit was a turning point in the match which up until that point had been slammed by pundits, including league great Peter Sterling, for its dull, sloppy play.

Adding to the flat atmosphere have been a host of stoppages, in particular a Bulldogs captain’s challenge that saw the match held up for nearly four-minutes to determine whether Kyle Flanagan had knocked on a ball.

“The crowd love it, too..not,” joked Sterling in commentary.

“The error count is higher than the scoreline.”

But Hetherington’s send off saw both teams swing for the fence as unstructured play sparked a frenzied final 20-minutes that saw the Bulldogs push the Cowboys to the final whistle, but eventually fall flat 30-18.