There’s every chance that Queensland will wrap up victory by an innings on the last day of their Sheffield Shield final clash with NSW tomorrow.

But even in that case, the history books wouldn’t necessarily give a genuine insight into the dominance of the Bulls’ performance.

That’s because the Queensland attack, led by pacemen Xavier Bartlett (3-31) and Brendan Doggett (2-26), may have iced the masterclass inside three days if the umpires hadn’t called stumps early due to their reading on the light.

When Sean Abbott (20) and Baxter Holt (10) walk out to bat at 8:54am at the beginning of day four, the reeling Blues will resume their pursuit of making Queensland bat again.

The fact that Queensland accumulated 1.0 bonus points to NSW’s zero in the first innings of the match means there’s no point in the Blues batting for a draw tomorrow. A stalemate would result in Queensland being handed the title, as per the system introduced to the Sheffield Shield final in the 2018-19 summer. 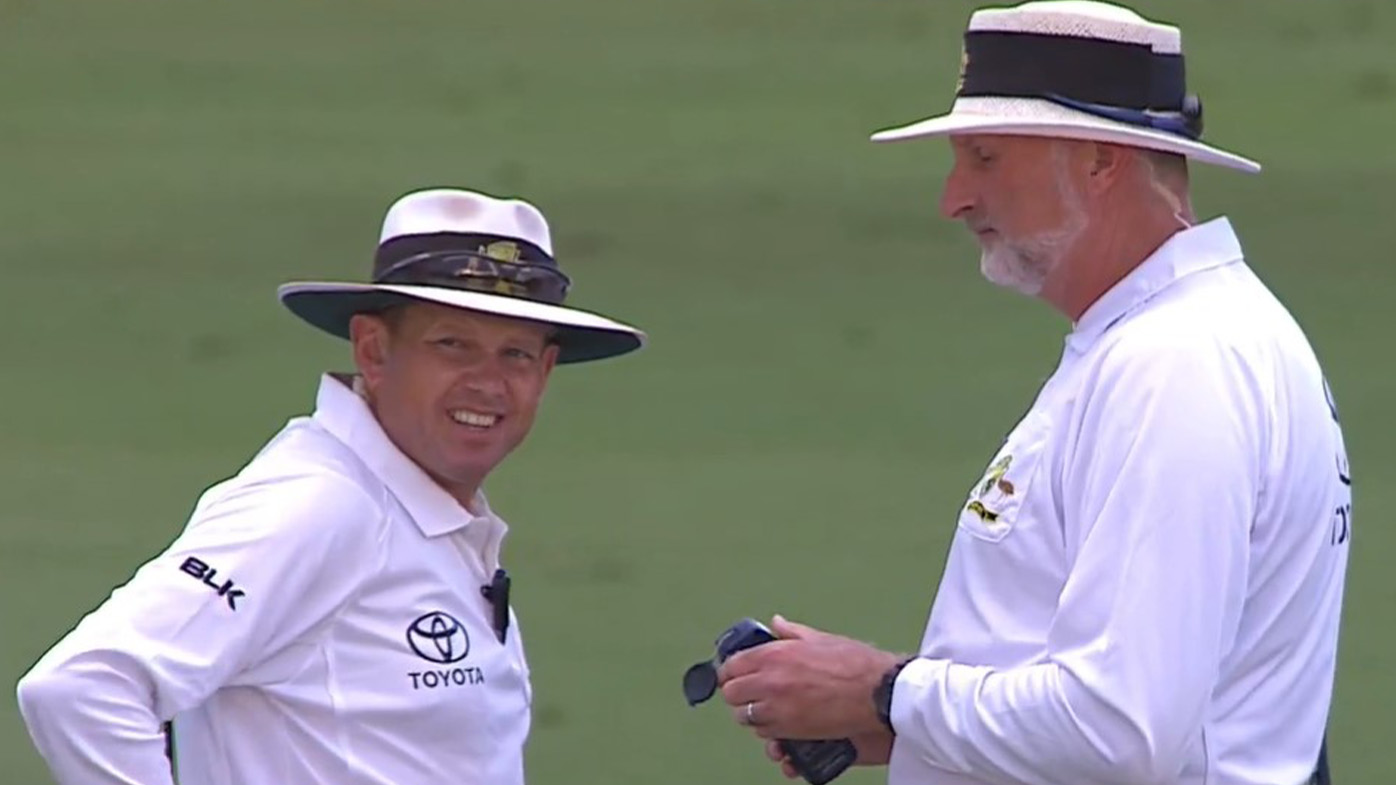 “This is what bamboozles me,” Symonds said on Fox Cricket’s coverage.

“Why not talk to both captains and ask if they are happy to bowl a spinner from the other end to have two spinners? Give them the option.”

“It doesn’t feel too dark to not be playing,” Border said.

Earlier in the day, Test first drop Marnus Labuschagne’s magnificent innings of 192 came to an end when he edged an Abbott delivery to Trent Copeland at gully.