Jacob Weitering looked concussed after a frightening head knock against Port, only to keep playing after it.

A frightening incident involving Carlton star Jacob Weitering has raised questions over how the concussion substitute rules should be implemented in the AFL.

The Blues defensive lynchpin was left heavily dazed after an inadvertent head knock in the third quarter of Port Adelaide’s 15. 6 (96) to 9. 14. (68) win at the MCG.

After rising high in a marking contest, Weitering was bent over the ball when an on-rushing Ollie Wines accidentally collided with him, leaving the defender sprawled out on the turf.

Weitering eventually gathered himself and shooed off Carlton’s medical staff, playing on for a number of minutes before being taken down into the rooms for a concussion test, which he passed.

However, after the match, Wines revealed that he had asked the doctors to take Carlton’s No.23 off the ground due to a fear for his safety and wellbeing. 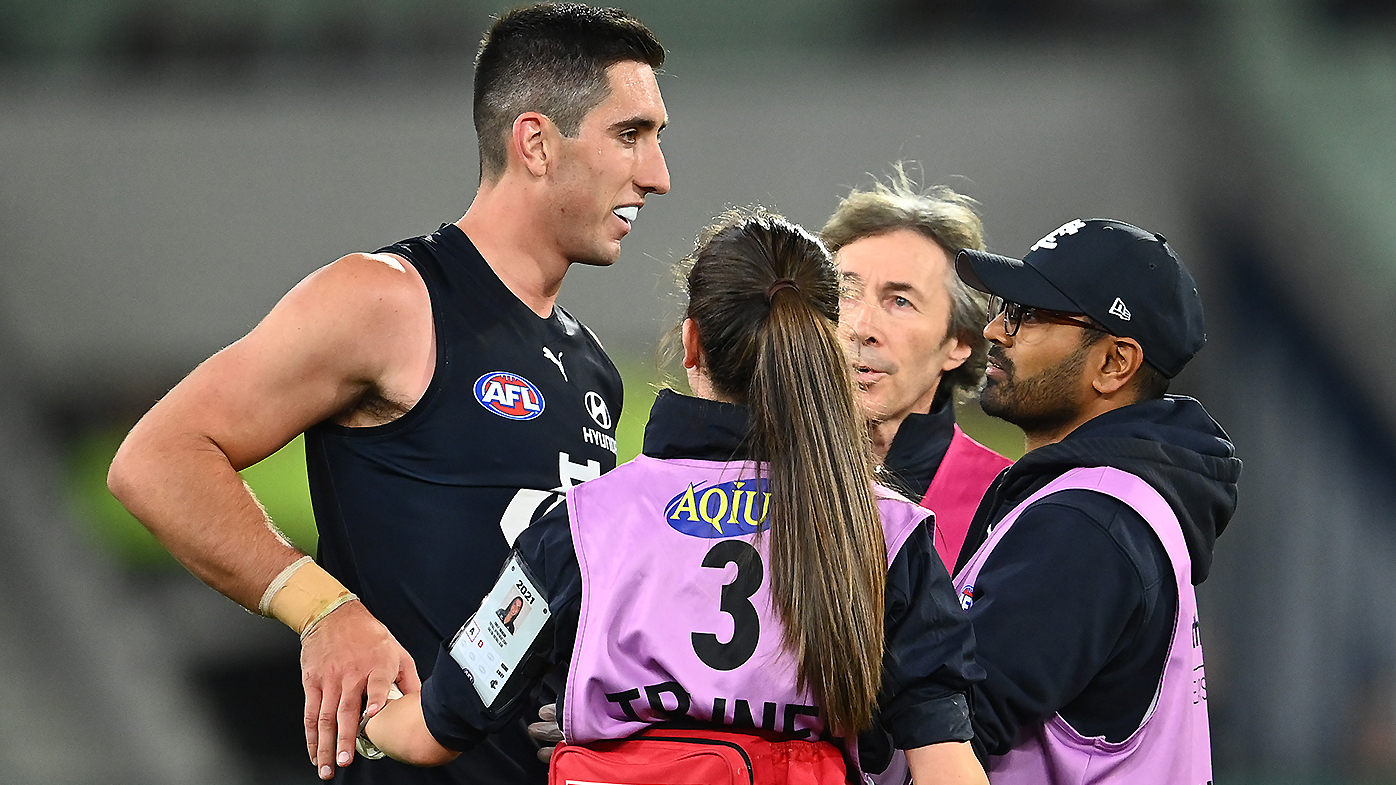 “I was trying to get him (Weitering) off, I thought he was knocked out,” Wines told 3AW.

The incident involving Weitering raised questions over whether there should be a tweak over the AFL’s current injury substitution rule.

“There should be a rule the sub can come on and play a role while the player, in this case Weitering, is being assessed by the doctor for concussion,” AFL great Brendon Goddard said on ABC Radio.

“If he’s passed fit, as he has been, the sub returns to his original role.”

The head knock to Weitering was a dour moment on a night full of dour moments for Carlton, who failed a massive test after coming into the match with some momentum. 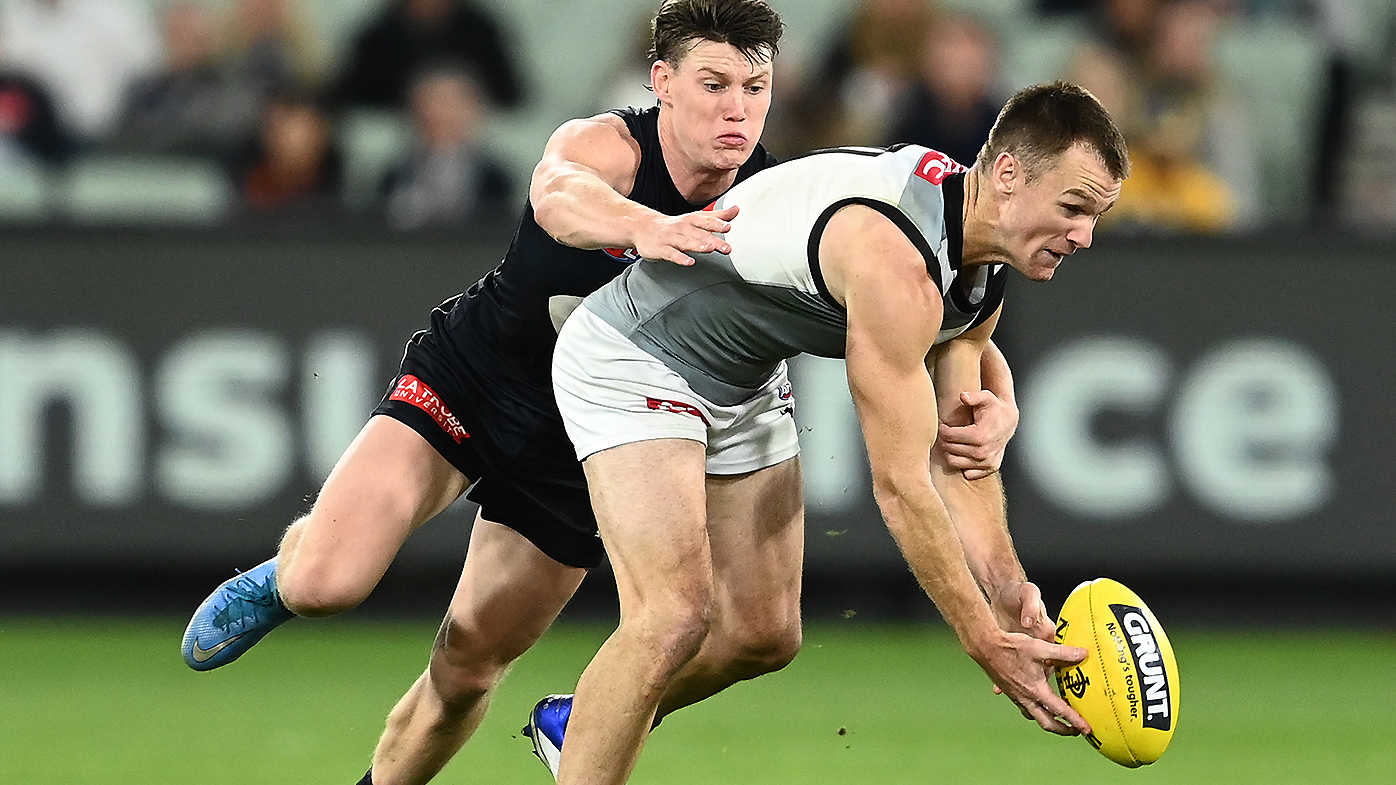 Port Adelaide showed the gulf in class between the two sides right from the jump, with the ageless Travis Boak (29 disposals) and Wines (32 disposals) running riot in the middle.

Sam Walsh was Carlton’s best player, with 29 disposals and a goal, while skipper Patrick Cripps fought valiantly in the middle with 27 disposals.

Carlton’s task gets no easier next weekend as it hosts Brisbane at Marvel Stadium, while Port Adelaide returns home to host St Kilda at the Adelaide Oval.