Ricky Stuart said he was “embarrassed” by the Raiders’ performance in their loss to Parramatta.

Canberra coach Ricky Stuart said he was “embarrassed” by the Raiders’ performance in their loss to Parramatta, pointing the finger at “certain individuals” while highlighting his own mistakes.

The Canberra coach admitted he “stuffed up” his bench rotation which left him “sh–y” with himself. The Raiders have not shown the same grit this season as they have in years past, with Stuart’s men falling to a 3-3 record after a 35-10 loss to the Eels at home.

“It was disappointing, we had a massive crowd and every reason to make them proud of us,” Stuart said in the post-match press conference.

Stuart said his side was totally outmatched by the Eels but what struck him the most was how some of his players were relying on their teammates to dig them out of the hole.

“Don’t put everybody in that category, it’s individuals leaning on others, waiting for someone else to do it.

“There were individuals there who are happy putting on an NRL jumper and are thinking they’re an NRL player.

“There’s other individuals there who I feel really sorry for because they’re having a red-hot crack and they’re not getting supported.

“There’s a number of individuals who are letting the team down and once they understand the hard cold truth of it all, and or I’ve got to find someone else. Hopefully that’s it and there’s an improvement, but it’s hard to take.”

The Raiders were stung by another injury in their backline that proved pivotal. Bailey Simonsson went off against the Eels and failed an HIA forcing Canberra to reshuffle their backline, without having a specialist back on their bench. 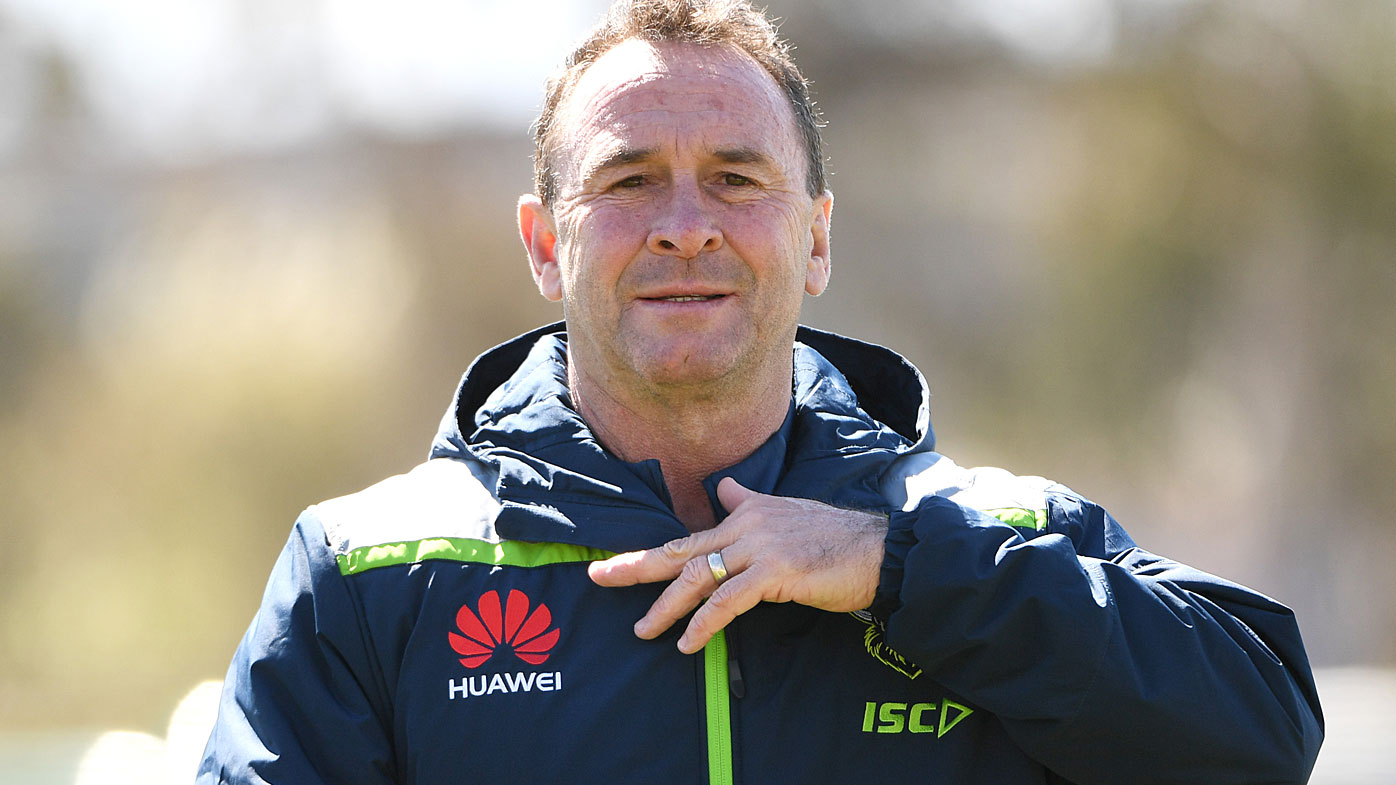 It’s the third time the Raiders have been impacted by such circumstances this season, leading to three losses. And each time they have been carrying two props, hooker Tom Starling and hooker-cum-middle Siliva Havili on their bench.

The Raiders lost Seb Kris against the Warriors, Charnze Nicoll-Klokstad against the Panthers in recent weeks, and Stuart said he should been prepared for it.

“I’m disappointed with myself in regards to not having Seb Kris on the bench,” Stuart added.

“I should’ve learned from last week, I’ve been carrying Tommy because I want him on the field at some stage for different reasons.

“Seb Kris will be in the 17 somewhere, starting team or on the bench. I’m carrying Siliva is because he’s covered me as an edge back-rower but he’s been one of my stronger middles. Tommy Starling when he comes on is dynamic around the ruck.

“Sometimes it’s a bit of luck, but I was sh—y with myself as soon as Bailey went down.”