Israel Folau’s bid to return to the top-flight has descended into a war of words between two administrative boards.

Israel Folau’s bid to return to the top-flight has descended into a war of words between two administrative boards.

NRL boss Andrew Abdo told the Courier-Mail that the top flight governing body was powerless to stop Folau from signing with a team in the Queensland Cup.

“The QRL has an autonomous board and their own processes for registration,” he said.

“I’m not going to comment on their decision on whether or not a club puts forward a registration for him to play.

“It’s not in our jurisdiction to do that [block Folau from signing]. That’s a decision for whichever Queensland State Cup club that puts forward a recommendation and for the QRL board to consider.”

However, the chairman of Queensland Rugby League, Bruce Hatcher, had his own version of events.

“Israel Folau isn’t looking for pocket money to play Intrust Super Cup. If he were to be allowed back into playing the elite level of the game then that to me is an NRL issue. We look after Origin, not NRL club decisions,” Hatcher said.

“You would save yourself a lot of time or effort if the decision is made at the national level of the game because that’s where he will be targeting to play.

Hatcher said it would be naive to expect Folau, one of the most divisive figures in Australia sport, to sign for a club without having aspirations of climbing the ladder back to the NRL. 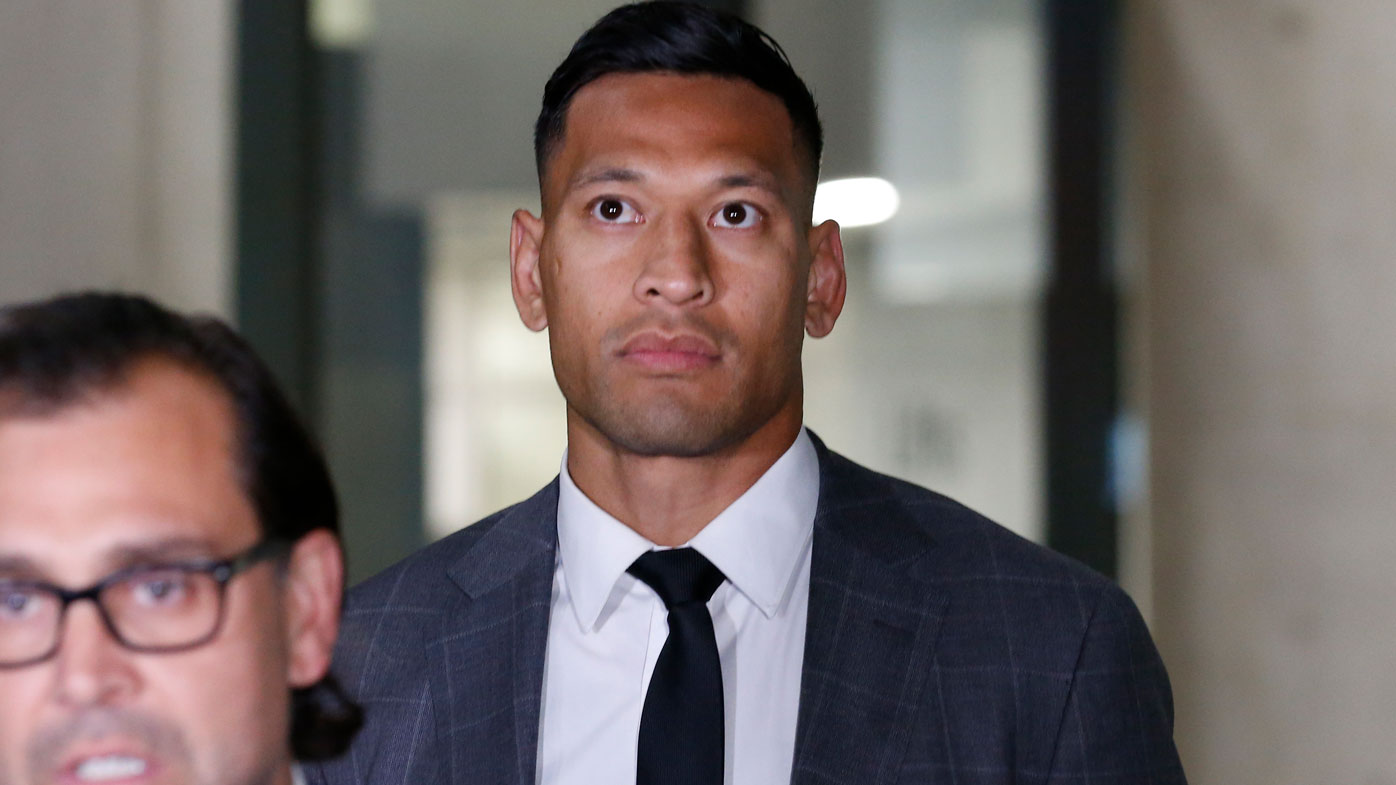 “It’s an absurd statement because I wouldn’t put my board through the pain of considering something that would have ramifications all the way up the game,” he said.

“Do you think if we suddenly included him to play for one of our clubs that it wouldn’t reverberate around society?

“There is no way he will sign up to play for an Intrust Super Cup club without any aspirations to play NRL.”

The controversial former Wallaby walked away from the 15-man game on 2019, reaching a confidential settlement with Rugby Australia in their dispute over Folau’s controversial social media posts.

After a stint with the Catalans Dragons in England’s Super League, Folau was linked with the St George Illawarra Dragons before they withdrew their interest.

In February, Folau sought a meeting with NRL bosses to work out a timeline for his future and a possible return to the top grade, where he debuted back in 2007 with the Melbourne Storm.