Kevin Walters was seen tearing into his players before they faced Penrith. Here’s what the Broncos coach said to his team.

Broncos coach Kevin Walters has remained coy over his furious pre-match rev-up to his players which was caught on cameras prior to his side’s loss against the Panthers.

Just minutes before his players ran out onto Suncorp Stadium, Walters was seen ripping into his players in the sheds with a furious spray that is usually reserved for half-time or full-time.

Following the match, Walters said that he didn’t remember the specifics of his pre-match address, but suggested that the overall theme of his speech was to show spirit.

“I just want these guys to do well and I want the club to do well. I guess that’s the passion in me for this place and it was a good response from them,” he told reporters after the Broncos’ 20-12 loss.

“(Wanting players to show spirit) was a part of it, yeah. Certainly to themselves and each other more than anything and obviously our supporters here tonight.” 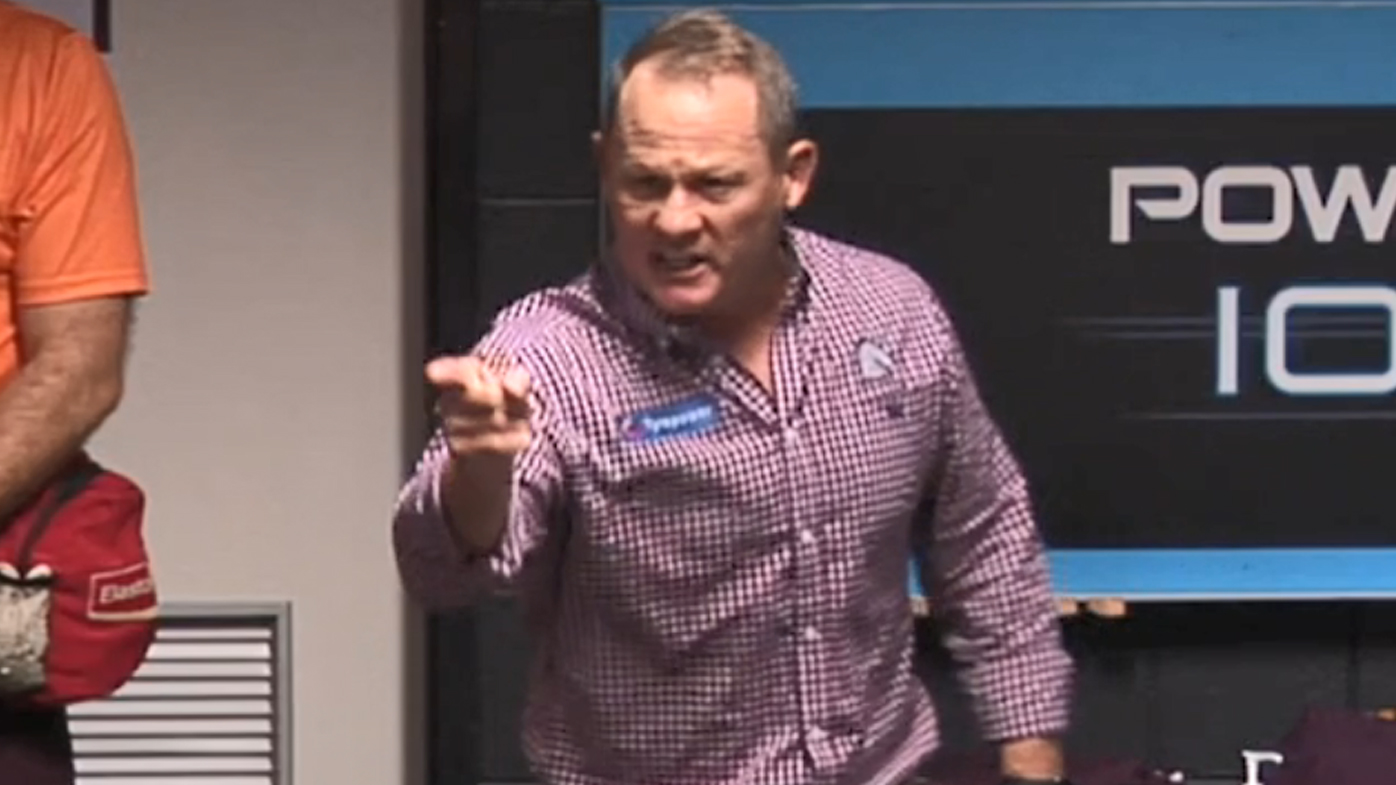 Walters, a five-time premiership winner with Brisbane as a player, could have been forgiven for being optimistic after his young side pushed the ladder-leaders, but showed his ruthless side in his assessment of the performance.

“We had a crack, but I’m actually disappointed more than anything,” he said.

“We were in it and in those last 15 minutes if we execute things a bit better we win the game.

“There’s a lot there to take out of it that was good, but this club is about winning and that’s our third or fourth loss in a row. There were certainly some better moments from us, particularly in the first half I thought we were really good in what we were doing.

“In the second half we just lost our way a little bit and they were a bit too good in the end.”