How Tigers ‘panic buys’ are still hurting them

Years of poorly thought out big contracts are hurting the Wests Tigers, according to Andrew Johns and Brad Fittler.

Years of big contracts that were poorly thought out have come home to roost for the Wests Tigers, according to Andrew Johns and Brad Fittler.

“They panic bought years ago,” Johns told Wide World of Sports’ Freddy and The Eighth.

“They bought Moses [Mbye] for big money, I’m not being personal – [Ben] Matulino, Russell Packer, Josh Reynolds, they paid huge money for him.

“You’ve got to have that long-term thought. You can’t go out and panic buy just for the sake of spending your money.”

Johns was referencing a 2018 spending spree that saw those three players arrive at the club on monster deals, with the trio soaking up more than $2 million of the salary cap. 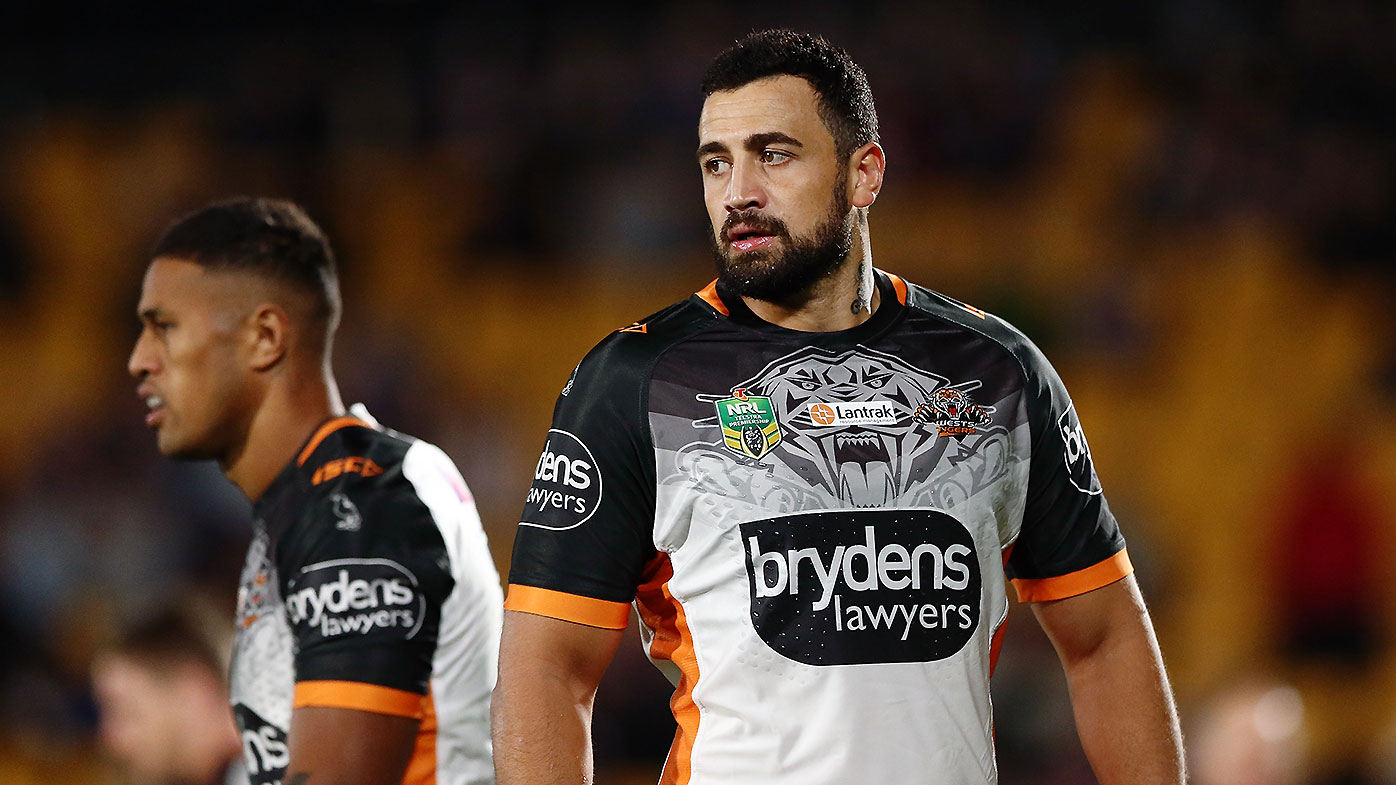 Matulino signed a three-year contract with the club but retired in his second season.

The 31-year-old also signed on in 2018, but managed just 33 games in the four seasons since, including one bench appearance this season.

Both Packer and Reynolds, who left the club for the Super League this season, were slammed by club CEO Justin Pascoe for leaving a game early last season.

“The actions are not acceptable from my perspective. We are focused on ensuring every single person, player, coach, administrator, board member’s actions are in complete alignment with the expectation of higher standards,” Pascoe said last year.

But it isn’t just that 2018 spending spree that has ruined the Tigers since the departure of three of their comically named ‘big four’ of James Tedesco, Mitchell Moses, Aaron Woods and Luke Brooks. Moses Mbye is locked in until the end of 2022 with an estimated $800,000-a-year contract – and although a classy player, has been used off the bench for several games this year and is actively seeking other options for next year. Even Mbye himself has admitted the Tigers haven’t got value for money out of him.

Centre Joey Leilua has been in and out of first grade this year, also on an estimated $700,000-a-season – while Luke Brooks is currently on a four-year contract worth $2.4 million, expiring at the end of 2023.

Teams are more nervous than ever to take risks on long-term deals, with the pressure to nail every personnel decision even greater than usual after the salary cap was reduced for the next two years.

It’s been a tough start to the season for the Tigers, winning just one of their opening five games and capitulating at Leichhardt against the Cowboys on Sunday and Brooks has copped the lion share of the blame. Johns says that’s been unfair on the halfback.

“He’s had a lot of different five-eighths, a lot of combinations, different fullbacks,” Johns said.

“I watched him closely coming through the 20s and thought ‘this bloke’s the next one’ – and he exploded into first grade.

“So whether he needs a good cuddle, I just really don’t know. He’s not that bad a player, there’s a much better player in there. How do you get it out? I don’t know.”