A delivery of an IPL youngster has left Australian cricket great Michael Slater near-speechless and in stiches.

West Indian superstar Chris Gayle had seen a lot in his record 417 T20 games around the globe, but even he appeared stunned when an Indian Premier League teen sent down some bizarre deliveries at him this week.

Gayle was on strike when Rajasthan Royals leg-spinner Riyan Parag was handed the ball in his side’s clash with the Punjab Kings.

Parag skipped in from around the wicket in his only over of the match and let rip a side-arm delivery that even makes the action of former Sri Lankan speedster Lasith Malinga look normal.

Former Australia opening batsman Michael Slater struggled to contain his laughter as he tried to make sense of Parag’s action.

“There’s a tendency to bowl a round-arm, which is something completely different,” Slater laughed on Fox Cricket’s coverage. 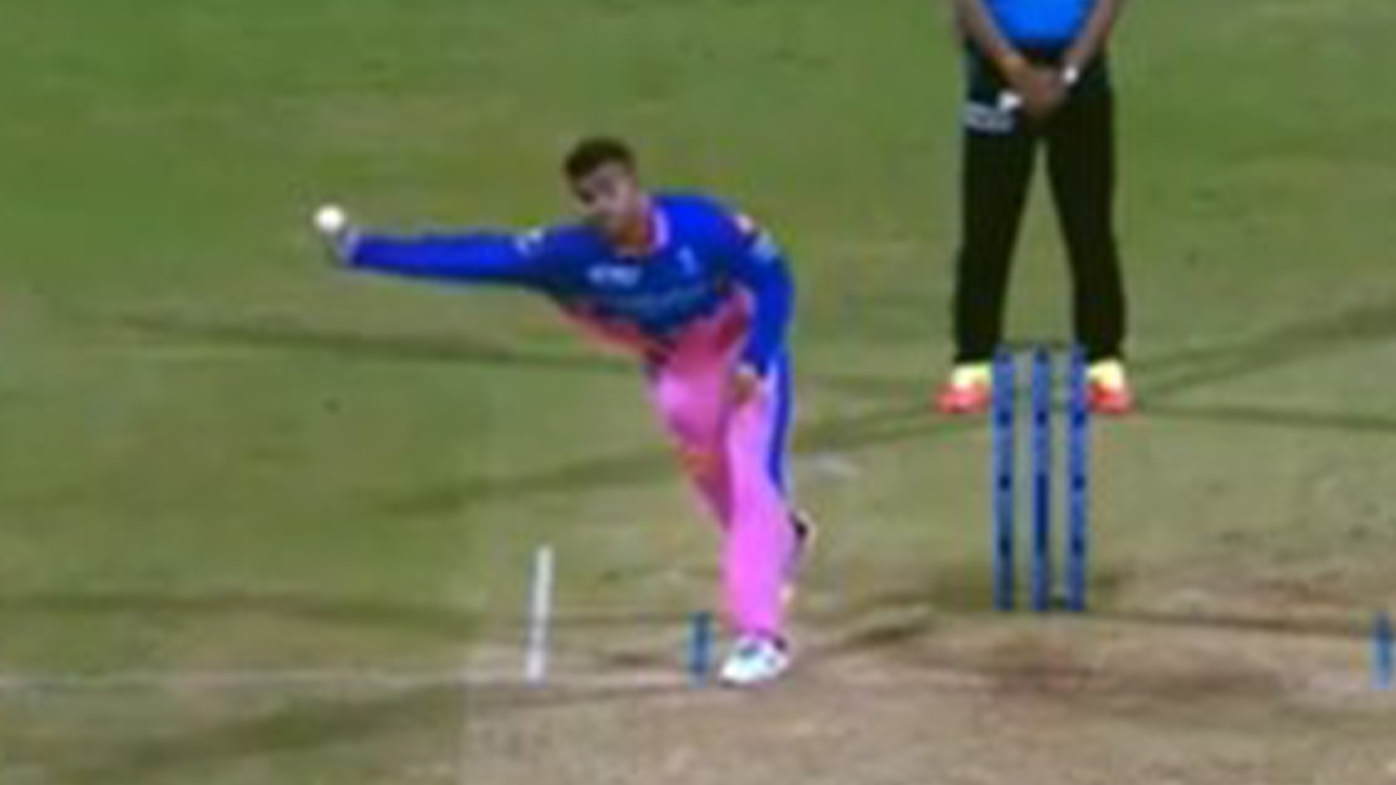 Slater said: “I don’t think I’ve ever seen anything like that before.”

Bhogle then reminded viewers of the infamous underarm incident that rocked Australian cricket, in which captain Greg Chappell told his brother Trevor to bowl underarm so New Zealand couldn’t hit a six off the last ball of a 1981 one-day international to tie the match.

“(The umpire’s) just telling him, ‘Just be careful. You can’t go any lower than that. Underarm’s not allowed anymore,’ as the Aussies no very well,” Bhogle said.

The umpire behind the stumps was seen having a word with Parag during the over, likely reminding him of the laws.

Parag dismissed Gayle on the second-last ball of his over when the master blaster holed out to Ben Stokes at long-on, although the youngster had bowled a normal delivery to dismiss him.