‘An easy target’: Ex-Roo hits out at relocation talk

The Kangaroos are commonly linked with a move to Tasmania, and an old players is not too pleased with the rumours.

Former North Melbourne defender Troy Makepeace has hit back at constant speculation surrounding his old club and the potential to relocate the team to Tasmania.

Makepeace, who played 139 games for the club between 2000 and 2006, insists that the culture at North Melbourne is still strong enough despite the club’s 0-4 start to the season.

The Kangaroos were once again linked with a move to Tasmania in a recent report in The Age, and Makepeace said his old club is simply just an “easy target”.

“Honestly, I get pretty p—ed off reading it,” Makespeace told SEN.

“I’m a bit over it, particularly those in the inner sanctum of the club. Obviously a lot of the loyal supporters are quite sick of it as well. I think we’re an easy target. 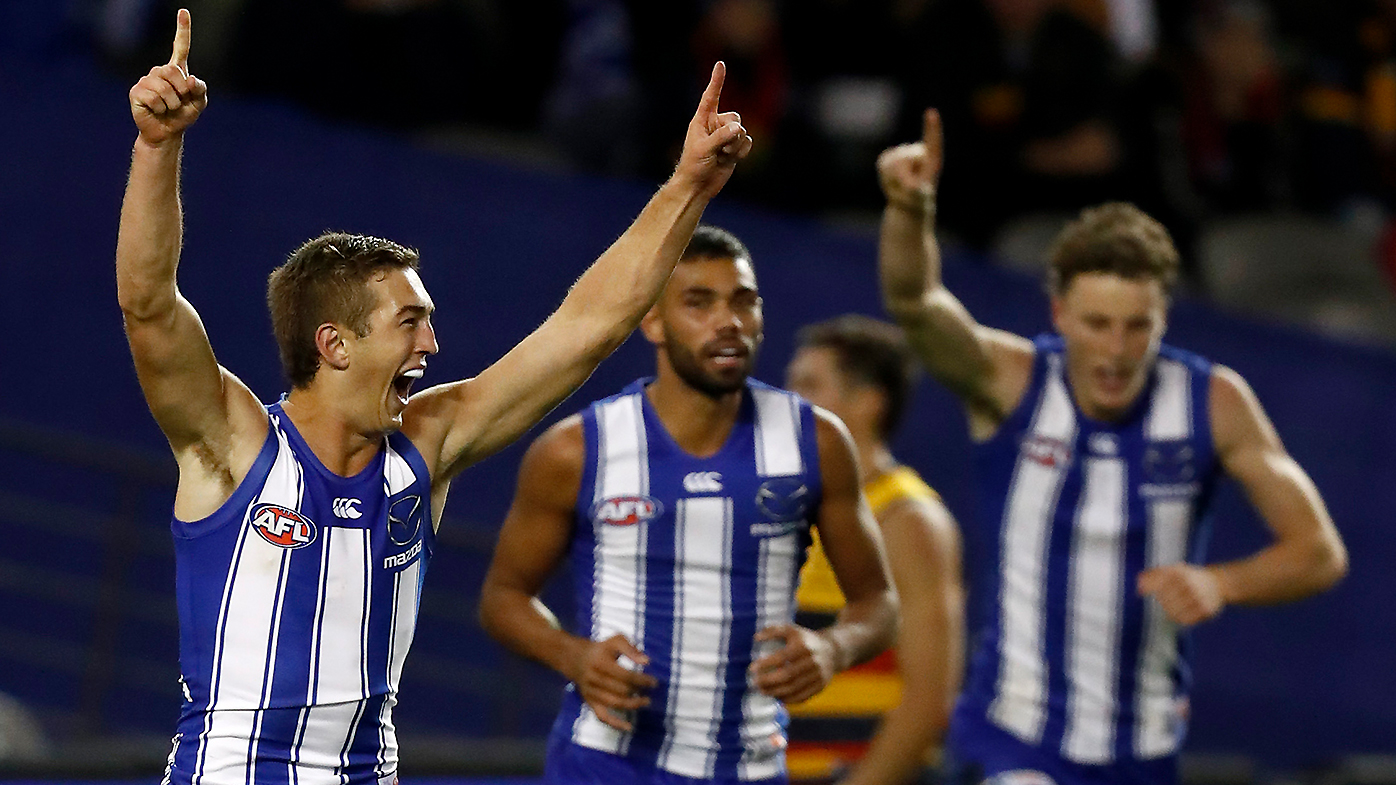 “We don’t have the supporter base of the big clubs, but there’s a lot going for the club. We’ve had success in the late ’90s and we’ve made some finals appearances since that time as well.

“Things haven’t gone our way, the way we and the club would have liked, but we’re a pretty proud club and one that is going to fight all the way until the end.

“I’m glad that the club is taking the direction that they took in terms of keeping them in Melbourne. They’ve established a fantastic base down at Arden Street, the facilities there are pretty awesome.

“Now we’re playing VFL games, AFL practice matches, AFLW too. That culture is something we can build a massive foundation on and really establish ourselves as a rock solid tenant there.”