Ivan Cleary fought hard to keep Matt Burton this season – and that stubborn hold on the young gun has created a new headache.

Three weeks ago, Matt Burton couldn’t find a start in Ivan Cleary’s red-hot Panthers. Now the 21-year-old has created a selection headache for his coach after another stellar performance at the weekend.

Burton has impressed since he got his foot in the door when he was handed the opportunity to cover Nathan Cleary in the Panthers’ grand final rematch against the Storm in Round 3.

An injury to fullback Dylan Edwards, coupled with an impressive knock from Burton, has seen the future Bulldog retain a starting spot at left centre since Cleary’s return. 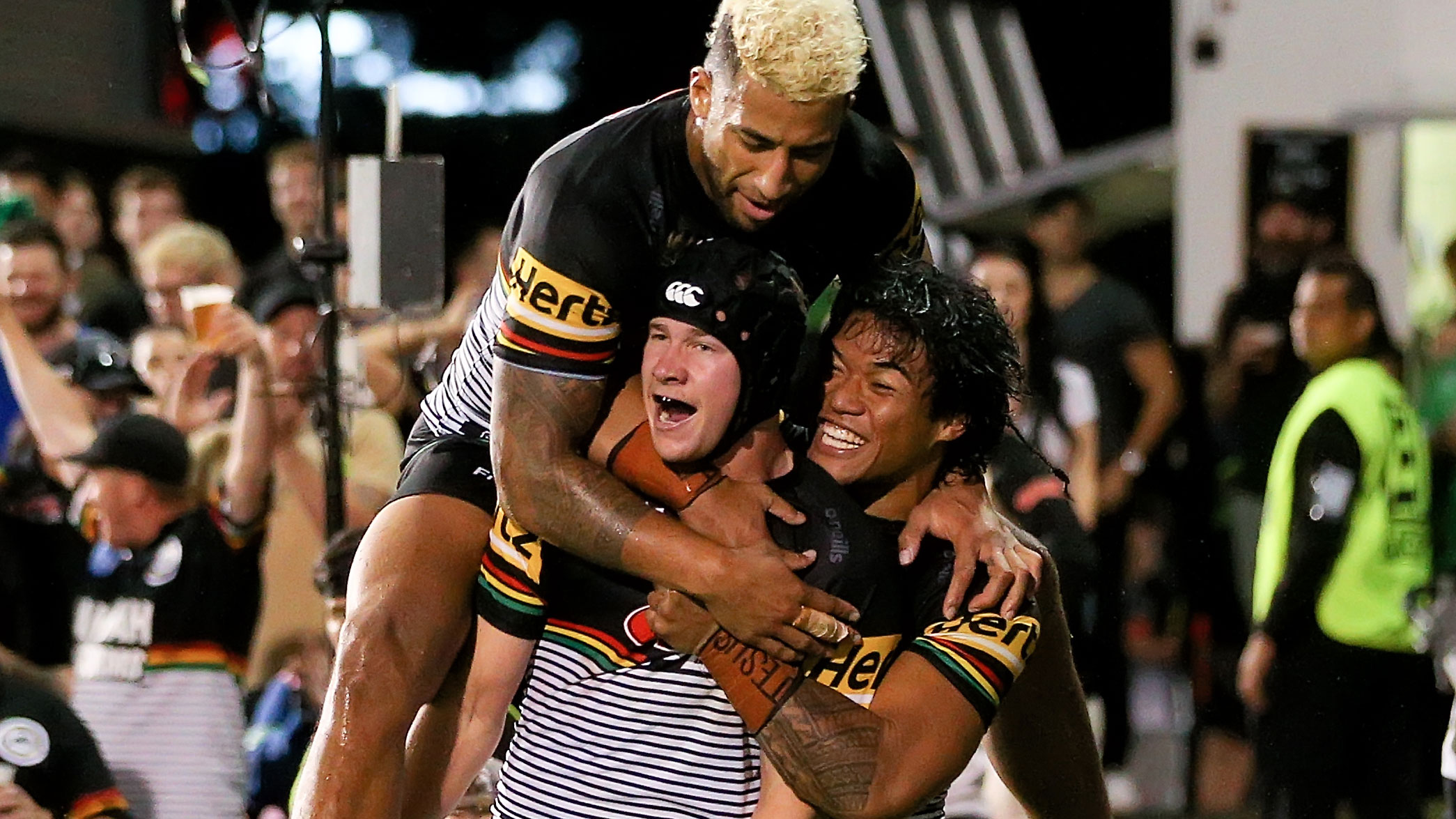 But it’s Burton’s performances in his new role that will undoubtedly throw a spanner in the works, albeit a welcome one, for Cleary when the first grade squad is closer to full strength.

Two tries in the past two games have spelled trouble for those waiting in the wings to return to their natural positions.

Stephen Crichton has been covering the No.1 position in lieu of Edwards, but when he inevitably returns to the centres Cleary will have a big decision to make. Rugby league legend Peter Sterling says the youngster has already done enough in three games to ensure his place in the starting side for the remainder of the year.

“Obviously, he’ll be a key member of their line-up for the rest of this season,” Sterling told Wide World of Sports’ Sterlo’s Wrap.

That could see Crichton shift to right centre to allow Burton – a left-footed kicker – to stay on his preferred side of the field, with Paul Momirovski at risk of missing out altogether despite his own impressive form.

There will also be questions around the return of Brent Naden as he prepares to make his way back into the squad following his cocaine ban.

Should Burton force Cleary’s hand, the coach may have no other option but to give the youngster the spot for the season, leaving others in the wings.

And Sterling said it was plays like the one Burton exhibited en-route to his four-pointer at the weekend, a left-foot step on Bailey Simonsson, that signals big things in the future – even drawing comparisons to 2012 Dally M Medallist Ben Barba.

“Players who are footballers, know how to run into space,” Sterling said. “He’s got that nice little left foot step and that completely bamboozled his opposition defender.

“I’ve said it before, I’ve seen that from a guy like Ben Barba, going back a number of years.

“When you look at the way that they move, normally, you wouldn’t put Matt Burton in Ben Barba’s class in relation to running the football.