MOLE’S HITS AND MISSES: The Panthers are on the verge of toppling a piece of history from one of the game’s dynasties.

THE prowling Panthers continue to break records – and are now within sight of a mark set by one of the great teams of the modern era.

The Panthers haven’t lost at home for nearly two years, turning Bluebet Stadium into the toughest fortress in the NRL.

Remarkably, the Eels achieved their long winning streak when they didn’t even have a regular home ground due to the construction of Parramatta Stadium. 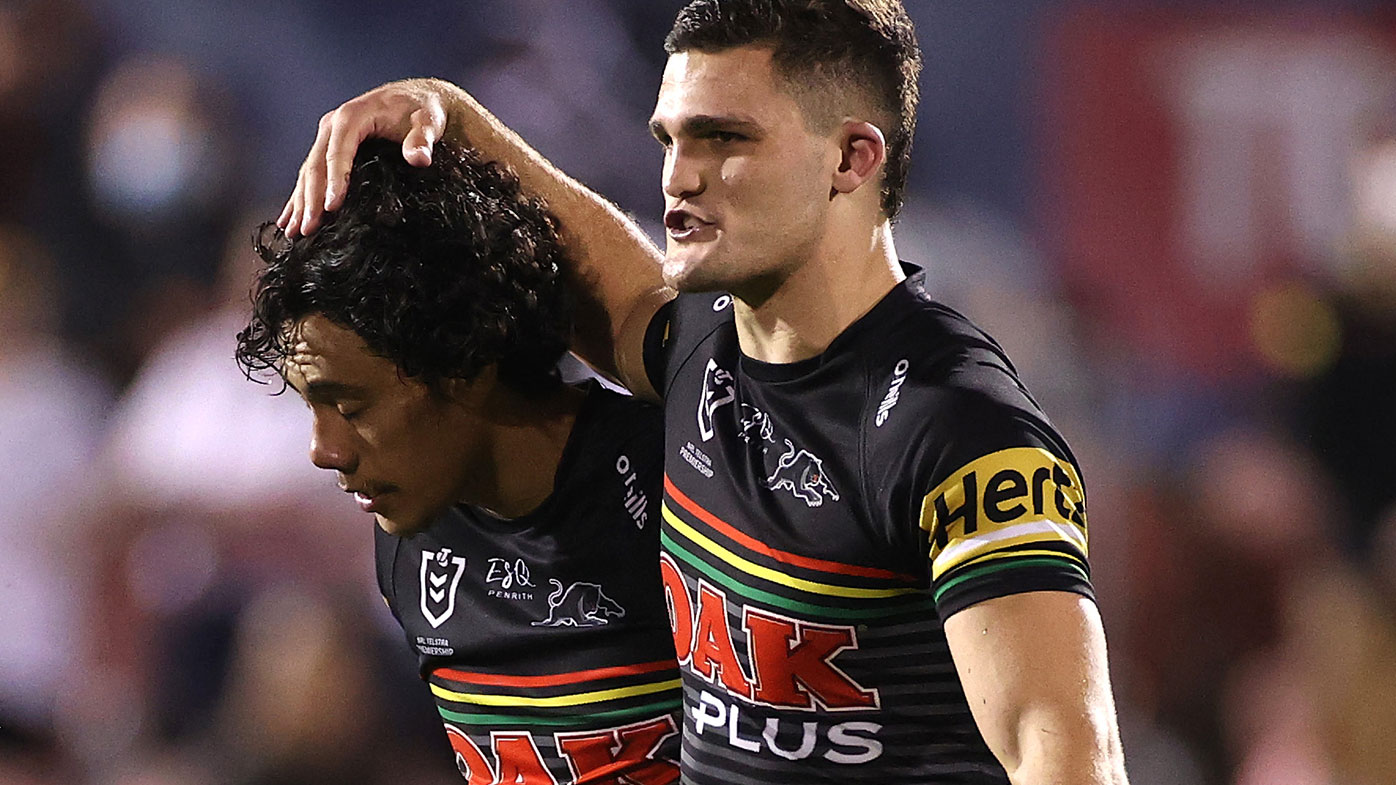 DCE BOUNCES BACK AT PERFECT TIME

THE critics have been savage on Daly Cherry-Evans in the early rounds of the premiership – and the Manly skipper has been below his best.

But DCE bounced back in champion style when the Sea Eagles needed him most against the Warriors last Friday, booting the last gasp field goal that won Des Hasler his first game of the season.

That one-pointer sees Cherry-Evans as the most prolific field goal kicker of the modern era with 22, edging him ahead of Souths’ Adam Reynolds.

And many of those field goals have been game winners – so little wonder that DCE is the highest paid player in the game. 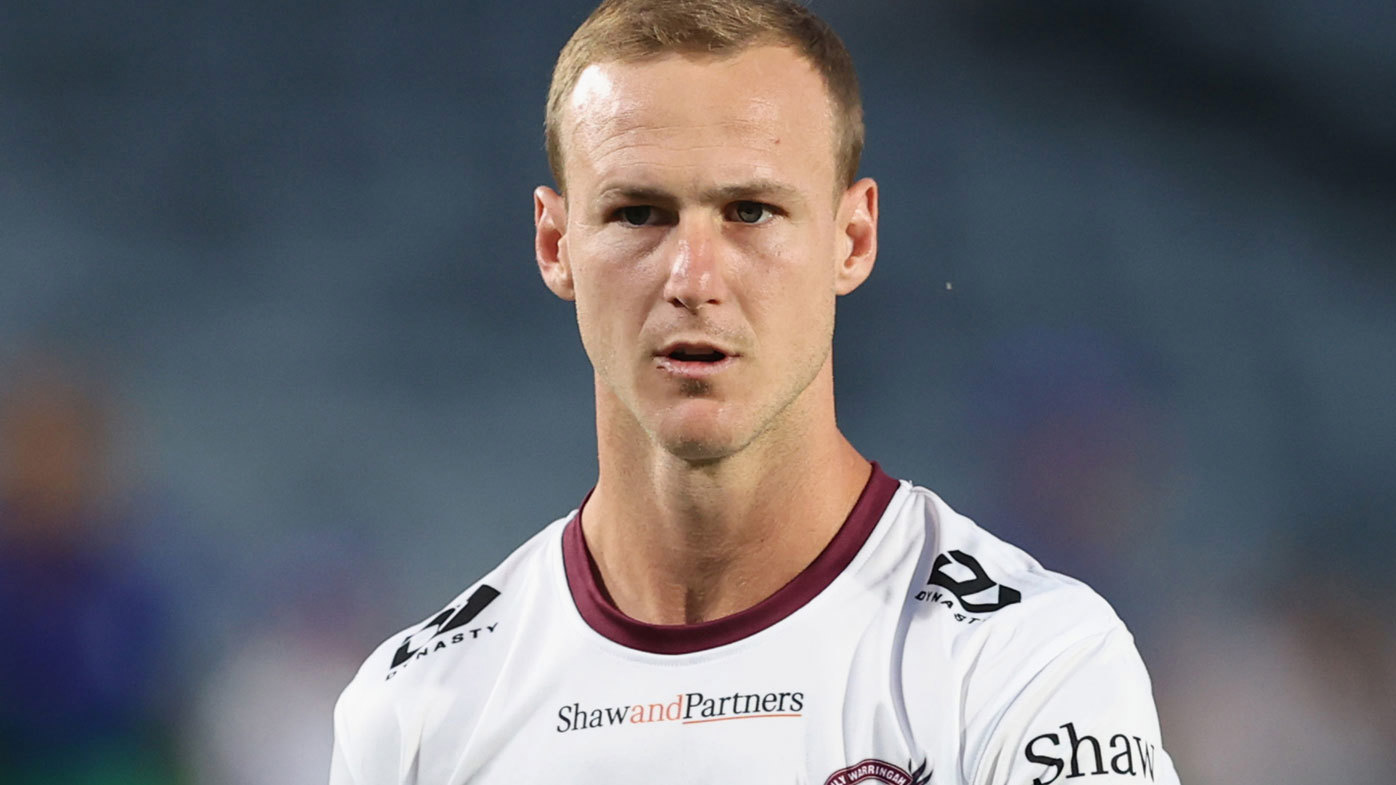 Trent Barrett is doing it tough in his first season as a head coach, with his Bulldogs sitting on the bottom of the ladder and licking their wounds from a 52-18 mauling from premiers Melbourne.

But when I think of the predicament Barrett is in, my mind goes back 20 or so years to a touching moment I witnessed when he was one of the game’s glamour boys with the Dragons.

I just happened to be stalking the sidelines at Kogarah moments after the Dragons under 20s handed a Central Coast side a dreadful 70-plus point mauling in the curtain raiser to the NRL clash.

The crowd were taunting the young team from up the coast and Barrett, who also happened to be down among the players, noticed several players in tears.

The former Test five-eighth wandered quietly over to the young team and told them to hold their heads up, they did their best, that football was a game of highs and lows and they would bounce back.

His words were like a magic spell, instantly lifting the spirits of the previously down-and-out Coast team.

It was a lovely gesture that was greatly appreciated by the downcast players – and makes me think that the Bulldogs are in good hands… and that things will eventually turn their way. 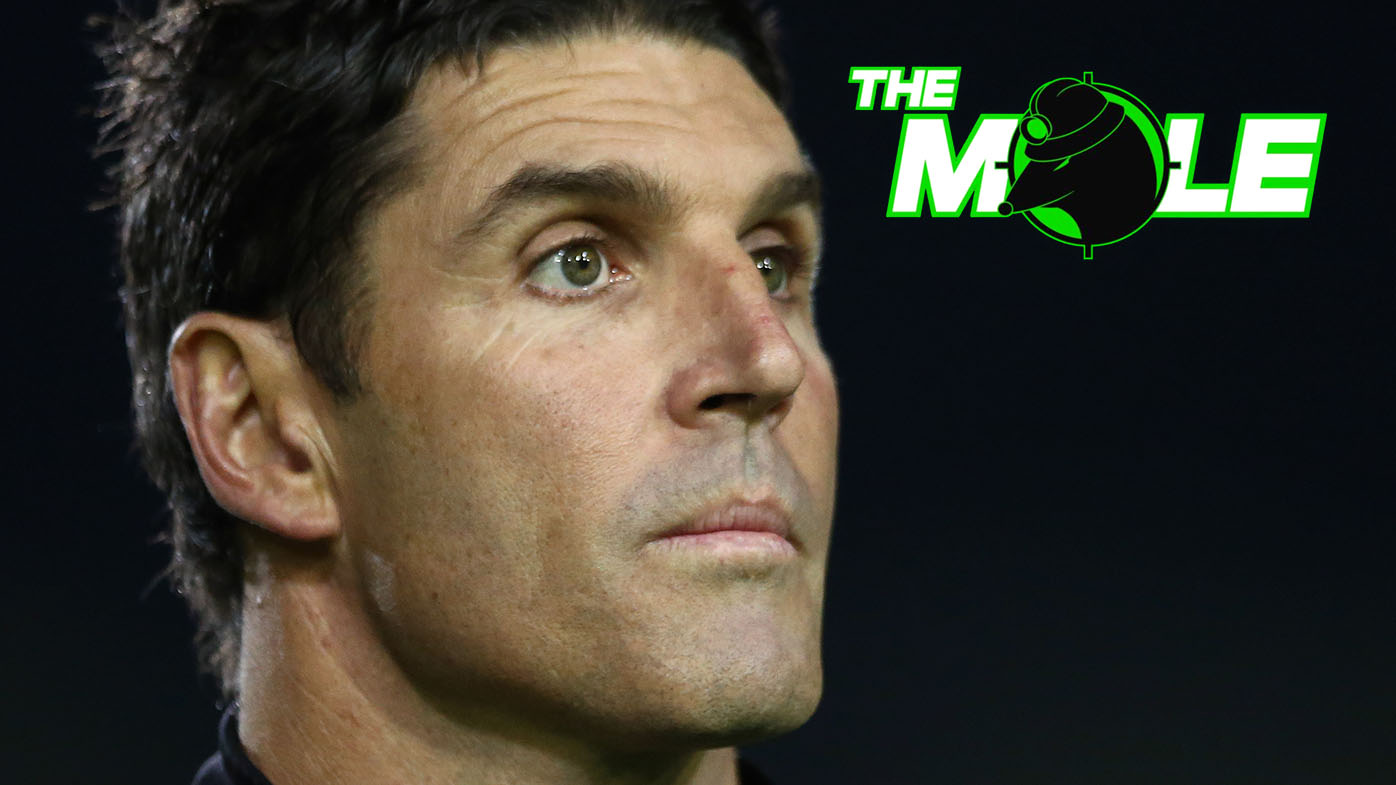 Brett Morris has equalled the best start to the season in terms of tries by a player in the game’s 100-plus year history.

BMoz bagged a double in the Roosters’ remarkable win over the Sharks, taking his tally after five round to an amazing 11 tries.

Only one player since 1908 has matched Morris’ feat – former South Sydney golden boy Michael Cleary in 1962.

Cleary was a remarkable athlete, representing Australia in three sports – athletics at the Commonwealtn Games, rugby union and league. 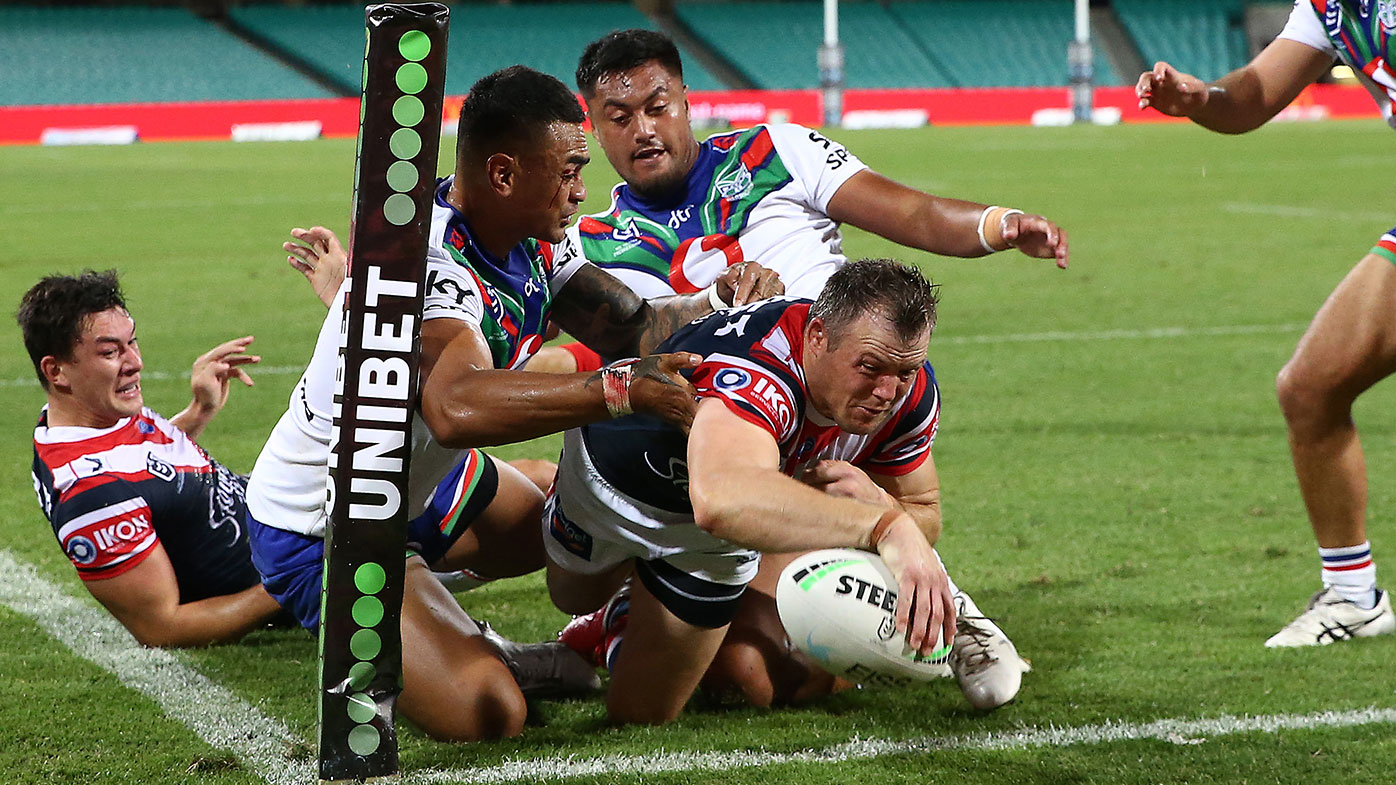 The Storm’s 52-18 win over the Bulldogs really was a team effort.

The last time a team went on such a rampage with no player scoring a double was back in 2007, when the Raiders walloped the Titans 56-10, notching 10 tries – each to a different player. 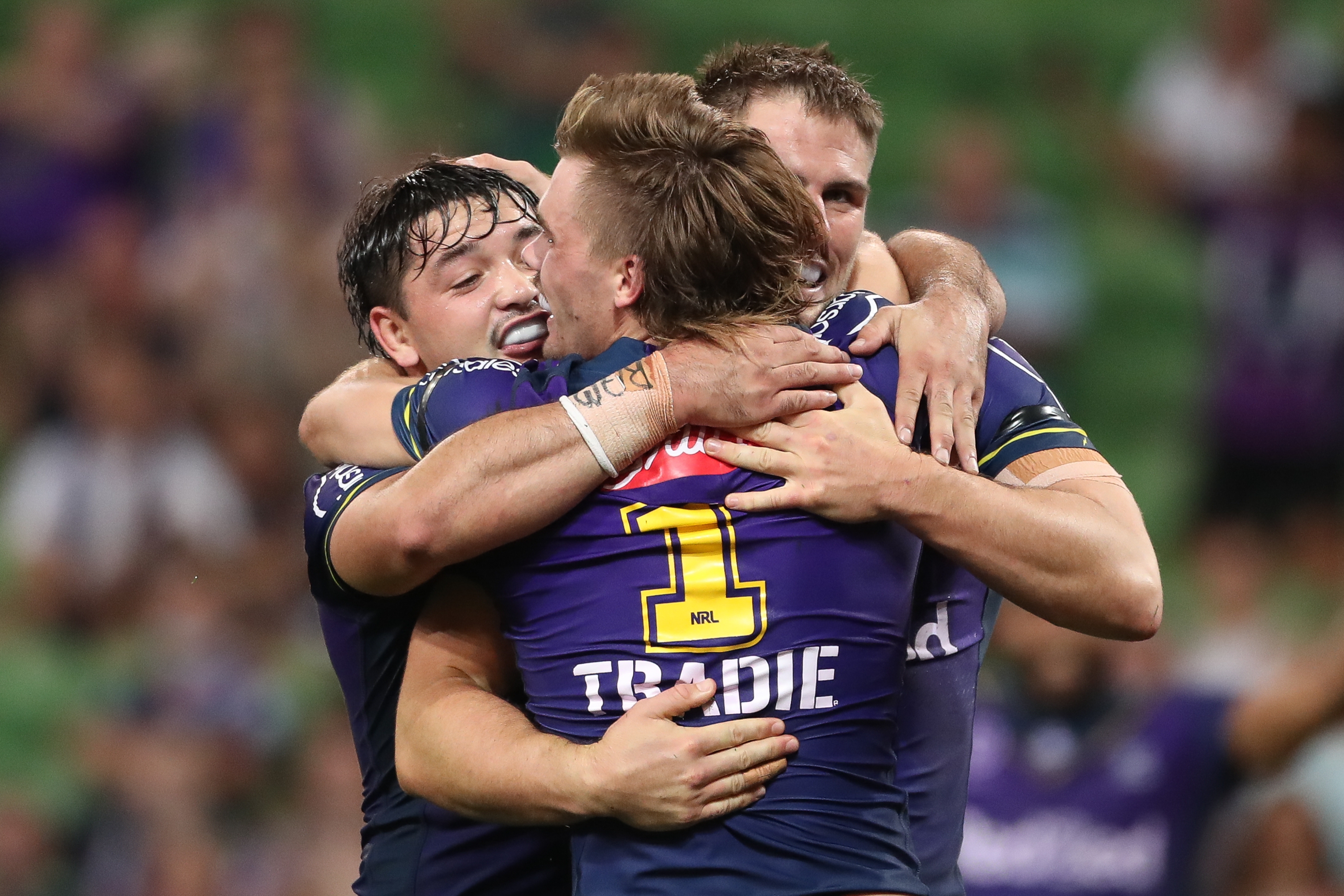 BURGESS CARVING OWN NAME AT SOUTHS

THOMAS Burgess lived much of his career in the shadow of brothers Sam and George.

But now the last Burgess standing is playing the best footy of his career and was awesome against the bumbling Broncos on Thursday night.

The Englishman has developed into a real weapon for the Rabbitohs and is now a key man in their title quest.