Garry Lyon and Tim Watson have ripped the decision to not take action on Jarrod Harbrow’s bump on Michael Gibbons.

Harbrow made high contact with Gibbons during Saturday’s clash between Gold Coast and Carlton at Metricon Stadium, in an incident that forced the livewire forward to undergo a concussion test before returning to the field.

But there was no mention of Harbrow’s bump in Christian’s findings released yesterday.

That was despite the AFL’s toughened stance on head injuries, which saw the governing body introduce a medical substitute for season 2021 and a law whereby a concussed player must not play for 12 days.

Lyon said the AFL would intervene on Christian’s ruling if it was serious about head injuries. 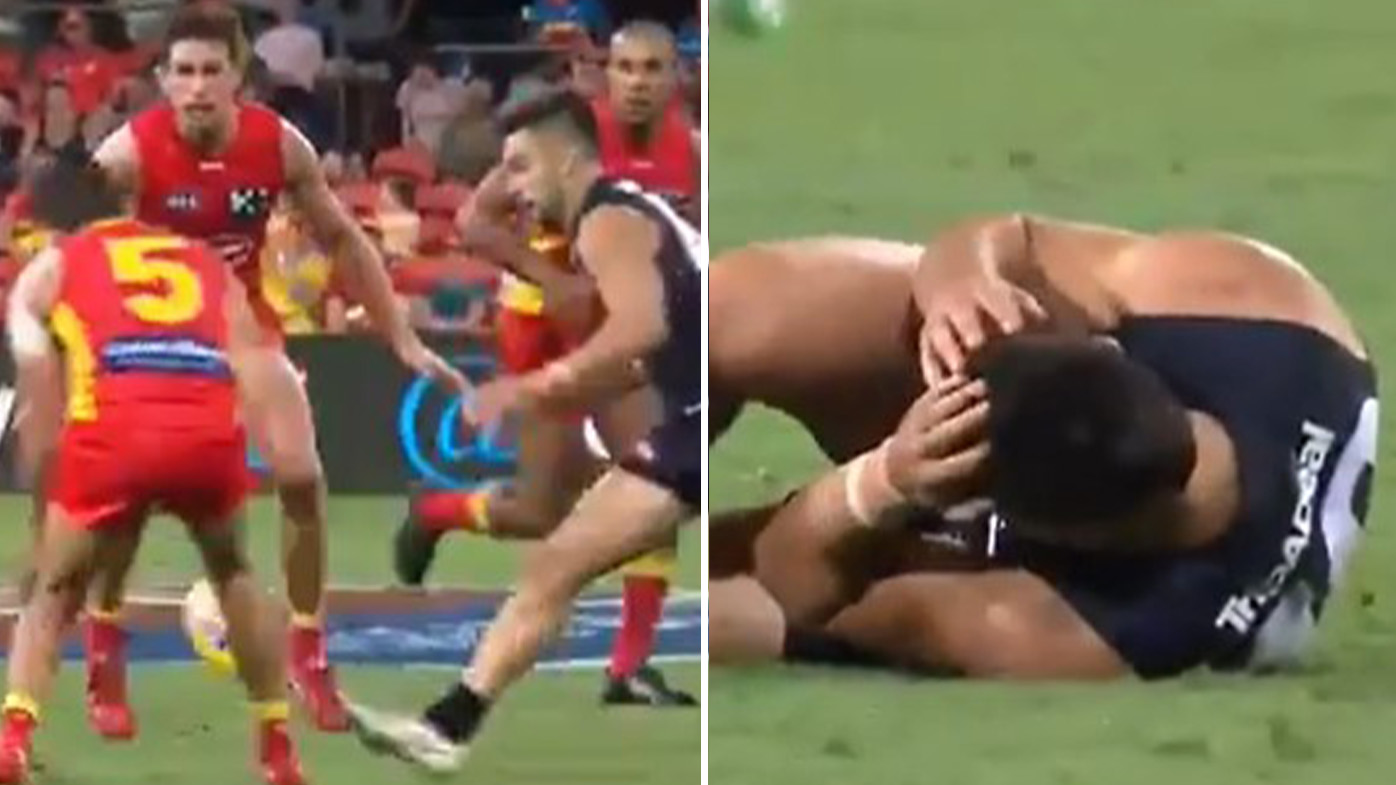 “The AFL should appeal this if you (Watson) and I are of the opinion that the AFL is doing a good job trying to stamp this out,” Lyon said on SEN.

“They should come out this morning and say, ‘Michael Christian is doing the best he can, but on this occasion we don’t agree with him. We will appeal this and send it to the tribunal’.

“He had an option, Jarrod Harbrow. He had an option to go to the ball and he chose to bump and he hit Mick Gibbons in the head and it warranted a concussion test.

“That is exactly what we’re trying to stamp out of the game and yet on this occasion the MRO, and maybe the parameters that didn’t allow them – but they have failed the system and the AFL should appeal it.”

Carlton’s Zac Williams and Geelong’s Patrick Dangerfield are two players who’ve been ruled out in 2021 for making contact with the head.

Williams was suspended for Round One after putting a high hit on St Kilda’s Hunter Clark during the pre-season competition, before Dangerfield copped a three-game ban for a brutal bump on Adelaide’s Jake Kelly in the opening round of the season.

Watson labelled the decision to not cite Harbrow “ridiculous”.

“The MRO – I don’t want to smash them in particular. But if we are saying that the head is sacrosanct and we’re doing everything we can to take the bump out of the game … We see another incident on the weekend where Jarrod Harbrow has bumped Mickey Gibbons in the head, he went off the ground, he had a concussion test … and then that’s not cited?” Watson said.