The villainous behaviour of a wicketkeeper has rocked a match, but the club has lashed those criticising.

The villainous behaviour of a wicket-keeper has soured a county championship match between Hampshire and Leicestershire.

Hampshire thrashed Leicestershire by an innings and 105 runs after enforcing the follow-on and bowling their opponents out for 305 in the third innings.

But Hampshire’s rampant victory was marred by a stumping dismissal in the 25th over of the third innings, which occurred when left-arm orthodox Hampshire spinner Liam Dawson beat the outside edge of Hassan Azad’s bat as he tried to defend on the front foot.

However, replays showed McManus had the ball in his right glove while removing the bails with his left glove. 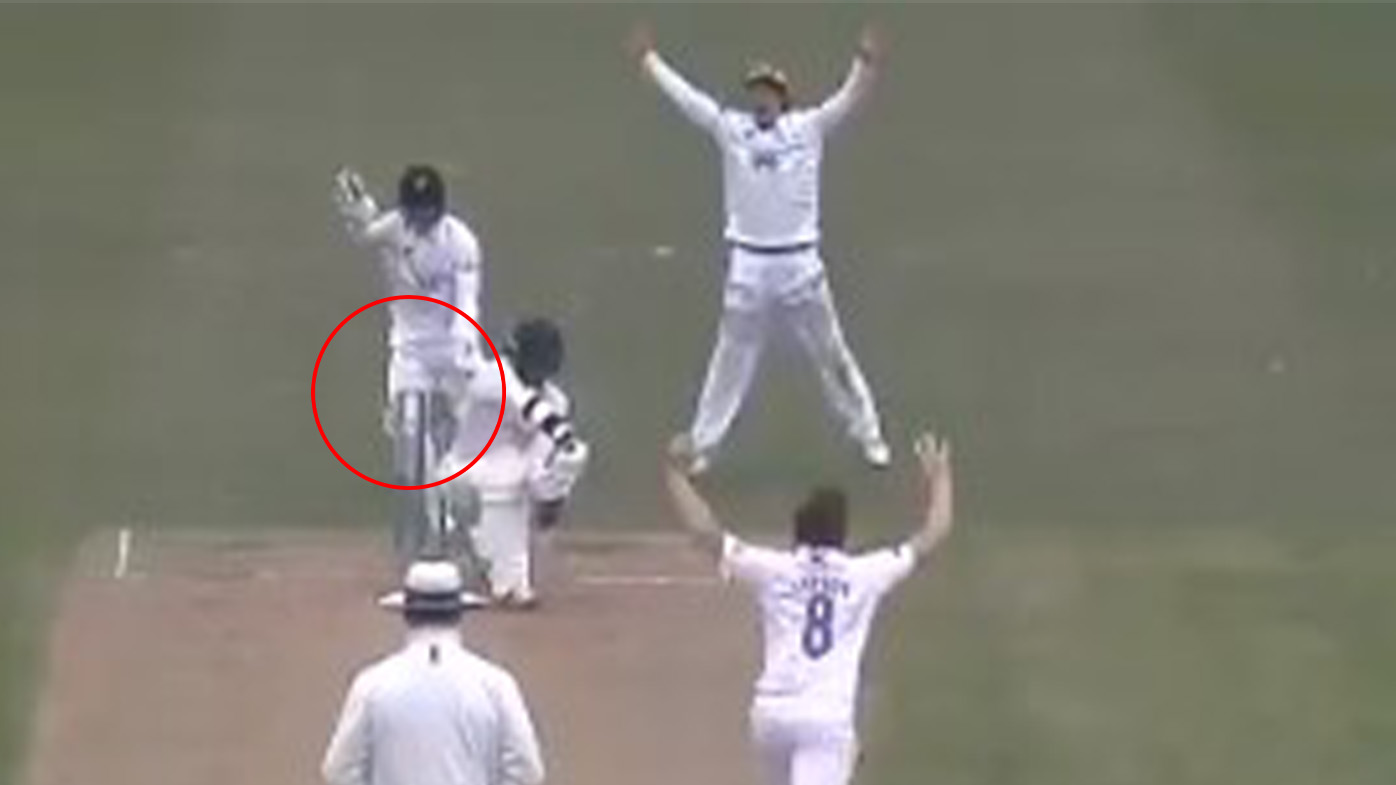 Law 29.1.1.5 states: “The wicket is put down if a bail is completely removed from the top of the stumps … by a fielder with his/her hand or arm, providing that the ball is held in the hand or hands so used, or in the hand of the arm so used.”

But despite the glaring disregard for that law, McManus appeared to make no attempt to withdraw his appeal or notify the umpires of his mistake.

Wisden.com reported that Leicestershire had contacted match referee Stuart Cummings about the incident.

“For everyone at Leicestershire, the behaviour displayed by Hampshire was extremely disappointing and has no place in the game,” Leicestershire chief executive Sean Jarvis said in a statement.

“I have written to the ECB following the completion of this fixture to express the concerns and disappointment of what happened.

“I hope we can resolve this matter quickly and move on from the incident.”

“Lewis is pretty down about how it looks, but from his and our point of view we weren’t aware there was an issue until a few overs later,” Vince told the ECB Reporters Network.

“We’re talking split seconds. Had we known instantly we would have called (Azad) back.

“Knowing Lewis, if he’d known exactly what he’d done, he would have said something.”

Cummins said the ECB would release a statement on the incident and that Hampshire had no plans to make an official comment, according to ESPNcricinfo.