Australian boxing star Ebanie Bridges has revealed some gory photos in the wake of her brutal fight with Shannon Courtenay.

Australian boxing star Ebanie Bridges has joked that her “eyes are bigger than my boobs” after her face was destroyed in a 10-round world title fight defeat to Shannon Courtenay.

The Sydney mathematics teacher was narrowly beaten for the WBA bantamweight crown in a gruesome fight with her British rival.

Bridges soldiered through all 10 rounds despite getting pummelled with a brutal punch and a sickening head clash during the fifth round.

The left eye of the 34-year-old had already begun to close up as she returned to the ring for the eighth round, and a giant haematoma that formed in the ring had clearly worsened between the clash and the time of her social media post.

By the end of the bout, Bridges’ face was hardly recognisable from the blonde bombshell who shamelessly uses her looks to promote her fights. 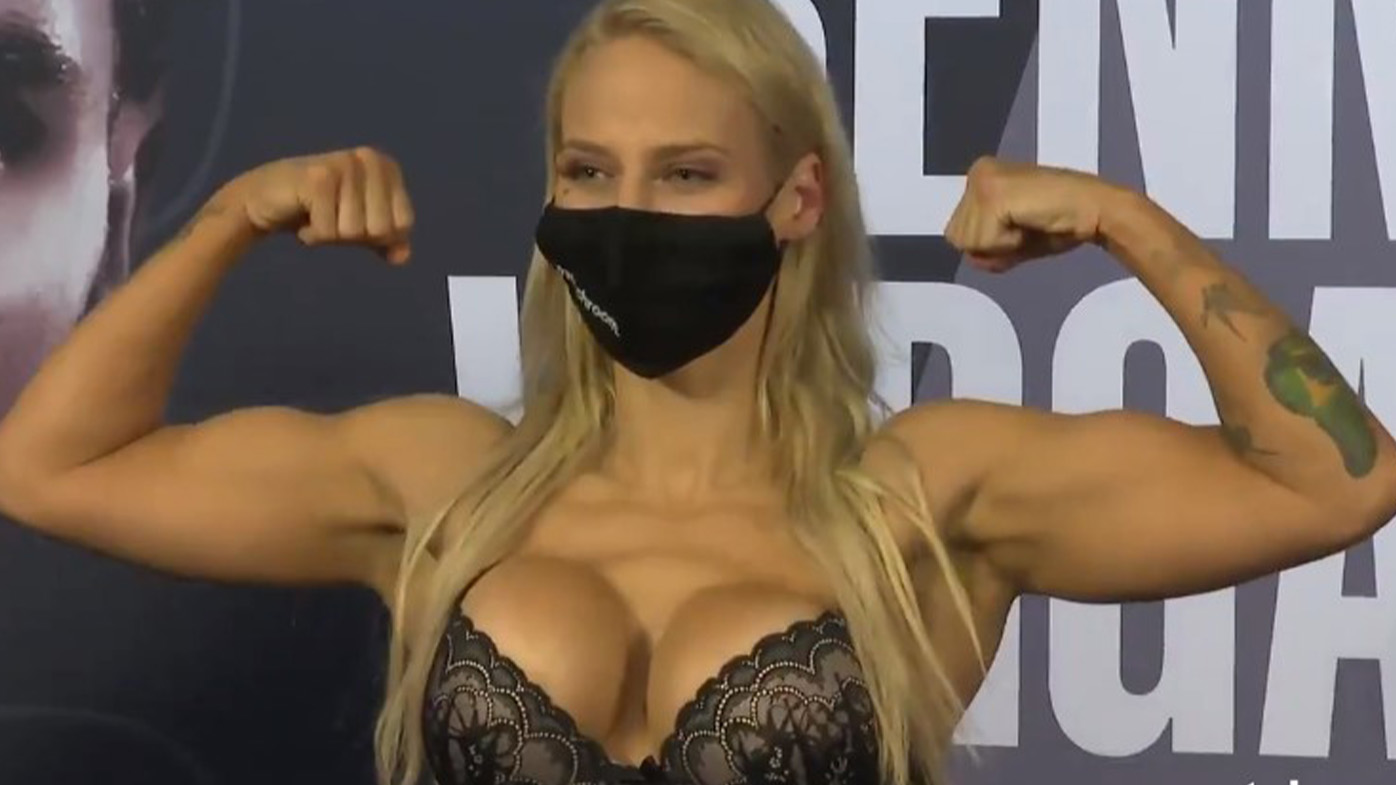 The popular boxing sensation, who now has a 5-1-0 record, has remained her chirpy self despite the horrifying injury.

“What a war – blood, guts and heart. Not a pretty face anymore. My eyes are bigger than my boobs,” Bridges wrote on social media.

“I love fighting. I enjoy every bit of it.

“I couldn’t see for the last three rounds, but I have no quit in me!

“Congrats to Shanny. It takes two to tango, and I hope we did what I said we would. I showed that pretty girls fight hard too!

“I hope it was entertaining for everyone.”