Star Melbourne defender Steven May is set for several weeks on the sideline after copping a gruesome Tom Hawkins elbow.

Star Melbourne defender Steven May is set to miss several weeks after a Tom Hawkins elbow left him with a gruesome eye injury and potential concussion.

The incident occurred when May was contesting with Hawkins for the footy close to the boundary in Geelong’s forward 50 during the second term.

Hawkins won the ball, attempted to fend off May and, as the former Sun tried to drag him to ground while pulling on the back of his guernsey, a Hawkins elbow collected him in the face in the MCG match, won by the Demons 12.13 (85) to 9.6 (60).

May took no further part in the game and was in a concerning state as he was taken from the field by medical staffers, wobbling around as blood ran from a swollen eye region.

The Demons are still investigating whether May suffered a concussion in the incident, which would rule him out of round five under the AFL’s new 12-day law, but the club does not believe he will be fit to face Hawthorn regardless.

Medical substitute Tom Sparrow replaced May on the ground as Adam Tomlinson took on clamping Hawkins, and while the former Giant limited the reigning Coleman medallist to two goals over the remaining two-and-a-bit quarters, Melbourne’s loss of May is colossal. 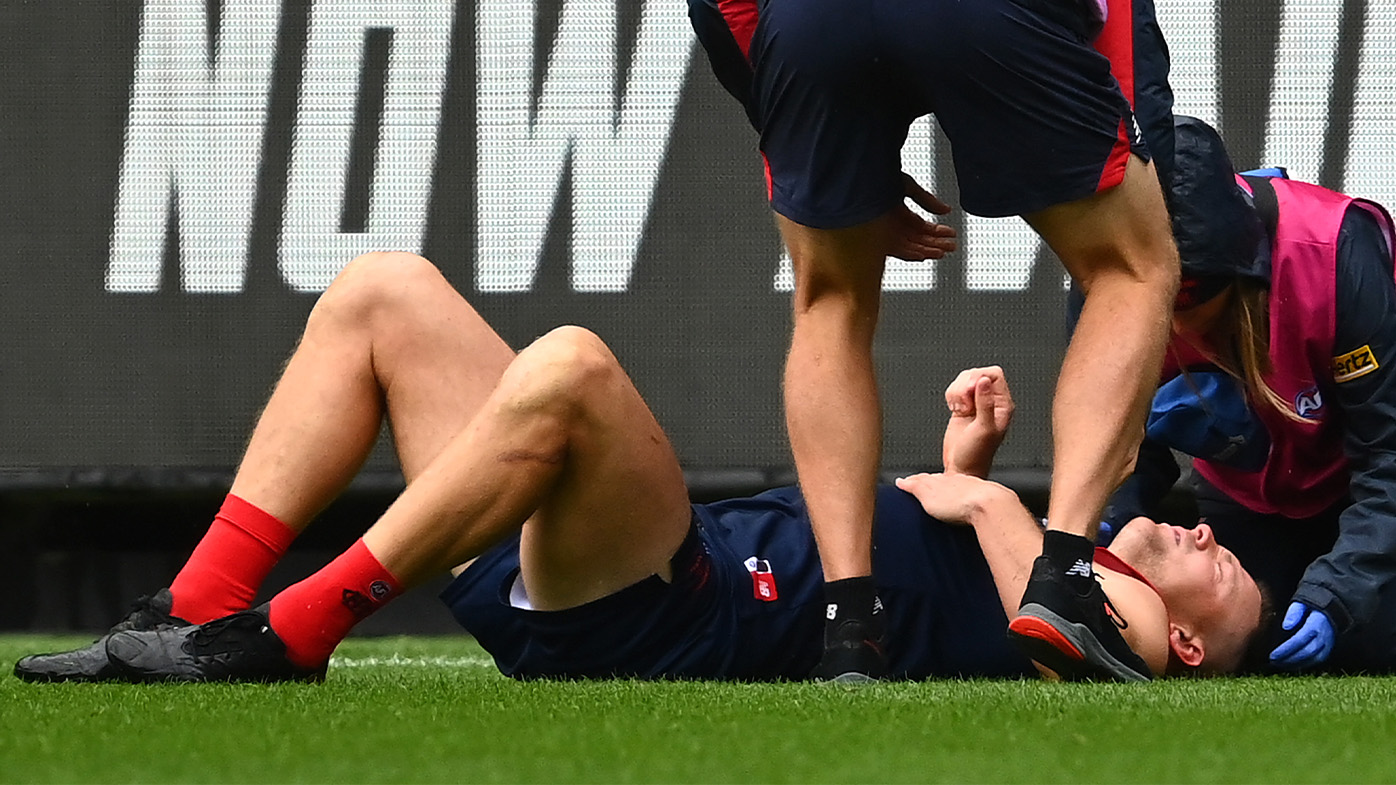 “It’s more about some stuff around his eye and getting that checked out.

“We’re not sure what that looks like yet. We’ll wait and see. Clearly he’s going to miss a few weeks and that’s disappointing. 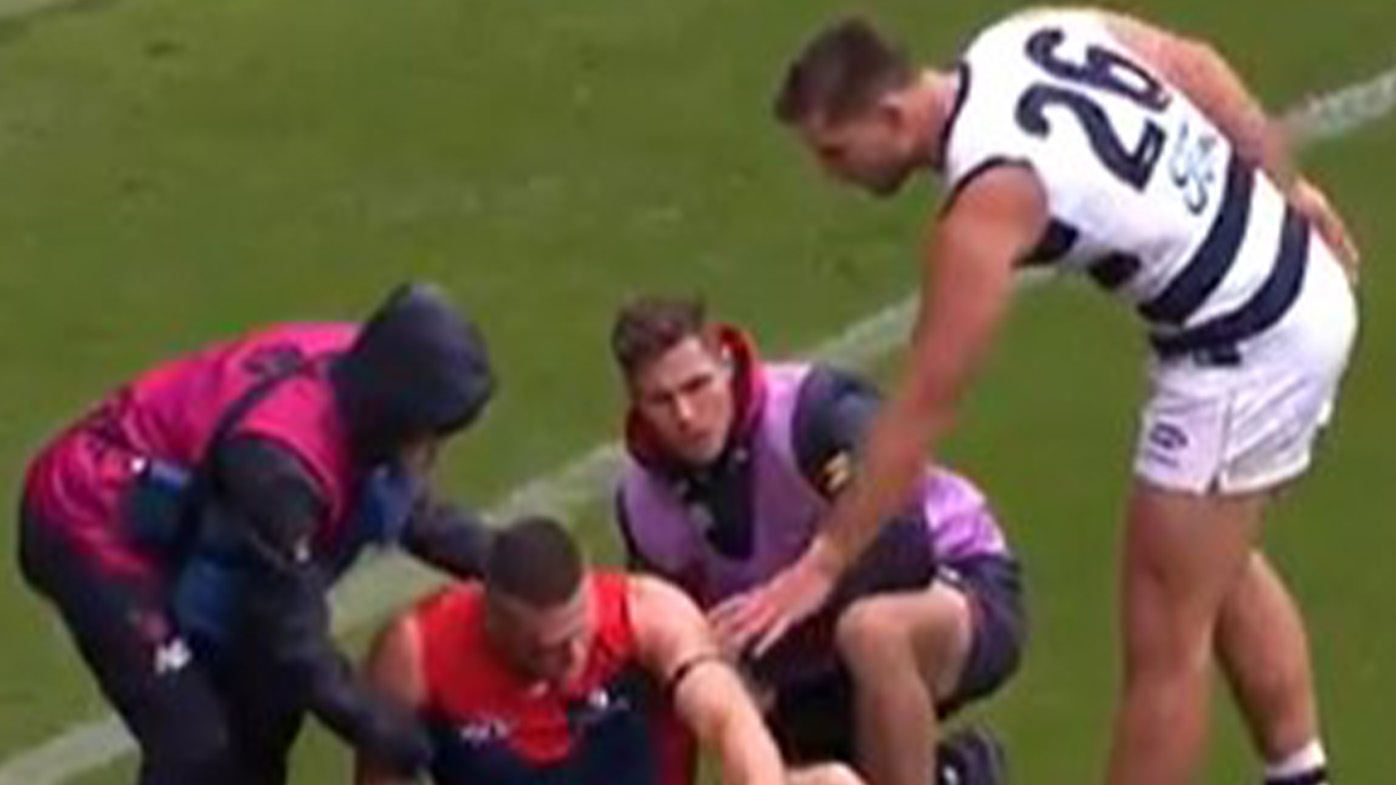 “No trouble there at all.”

The Demons’ mission is to now continue their hot start to the season in May’s absence, after Goodwin’s men stormed to four consecutive wins to finish round four in second on the ladder.

They’ve carved out victories over Fremantle, St Kilda, GWS and Geelong and now sit between the first-placed Western Bulldogs and third-placed Sydney Swans.