Trainer under scrutiny for involvement in melee

Penrith officials are concerned by footage of a Canberra trainer getting involved in a heated melee on Friday night.

Penrith officials are concerned by video footage of a Canberra trainer getting involved in a heated melee during the Panthers’ Friday night win over the Raiders, The Sydney Morning Herald reports.

Both teams became embroiled in a 65th minute fracas after Stephen Crichton grabbed Raiders forward Joseph Tapine, following a Charline Staines try, and appeared to pull him into the Panthers’ post-try celebrations.

Tapine obviously took umbrage to the mockery, triggering a wild all-in as both sides rushed into the fray.

But it’s the actions of a Canberra Raiders trainer who can be seen in broadcast footage confronting Panthers forward James Fisher-Harris and appearing to physically intervene in the scuffle that has raised alarm bells. 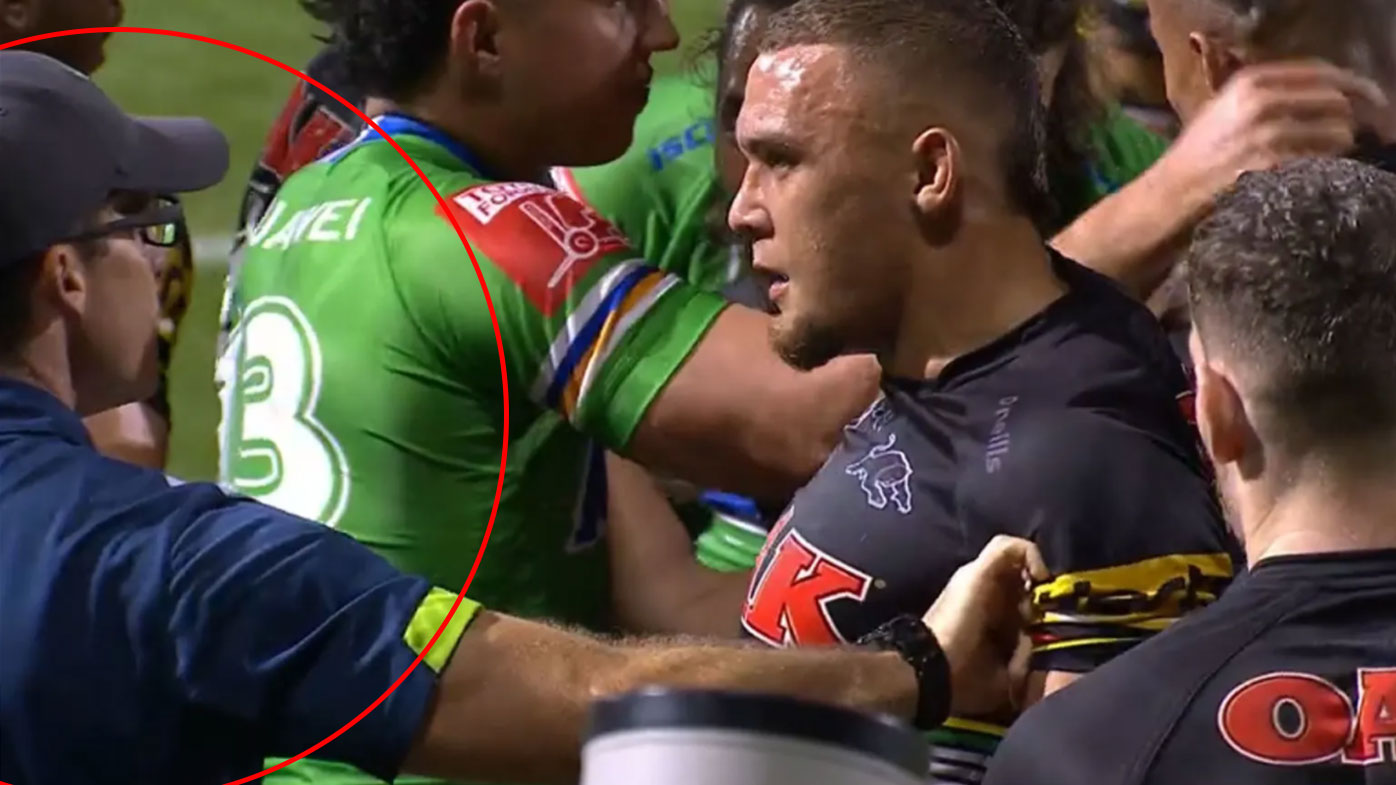 Fisher-Harris was quick let the trainer know his thoughts before Raiders five-eighth Jack Wighton raced in to separate the pair.

The Raiders have so far refused to identify the trainer.

Panthers officials only realized what had happened when they went back over footage of the incident on Saturday morning after Crichton was slapped with a contrary conduct charge for inciting the scuffle.

After the scuffle, Penrith’s fans rubbed salt into Canberra’s wounds, with hundreds joining in on a mockery of the ‘Viking Clap’.