The world No.1 became the 11th defending champion to miss the 36-hole cut as other big names flunked out.

Tune into Gem for live coverage of The Masters from 5am and head to 9Now for extra streams of featured groups, Amen Corner and the 15th and 16th holes.

Dustin Johnson is scheduled to be in Butler Cabin on Monday morning (AEST), draping the green jacket over the shoulders of the Masters champion.

That’ll be his only official appearance at Augusta National this weekend.

Johnson — the world No. 1 player and reigning Masters champion — bogeyed three of his final four holes Saturday(AEST) and missed the cut by two shots. He’s the 11th defending champion to miss the 36-hole cut.

“Obviously, I wanted to be around for the weekend,” Johnson said. “I like this golf course. I feel like I play it very well. I just didn’t putt very good. It’s pretty simple.

Johnson was the biggest — though hardly the only big name — to drop out.

Lee Westwood’s streak of 12 consecutive cuts at the Masters appearances is over; he was 5 over. So is Rory McIlroy’s run of 10 consecutive times playing the weekend at Augusta National; he was 6 over and his quest to complete the career Grand Slam will wait until 2022 at least. And Brooks Koepka is going home early for the first time in six Masters appearances.

The top 50 players and ties make the cut at the Masters; this year, that was 3 over, or 10 shots back of leader Justin Rose.

Koepka came to Augusta National less than a month removed from surgery on his right knee, to repair a dislocated kneecap and some ligament issues. If it wasn’t the Masters, he wouldn’t have played this week — or for several more weeks. 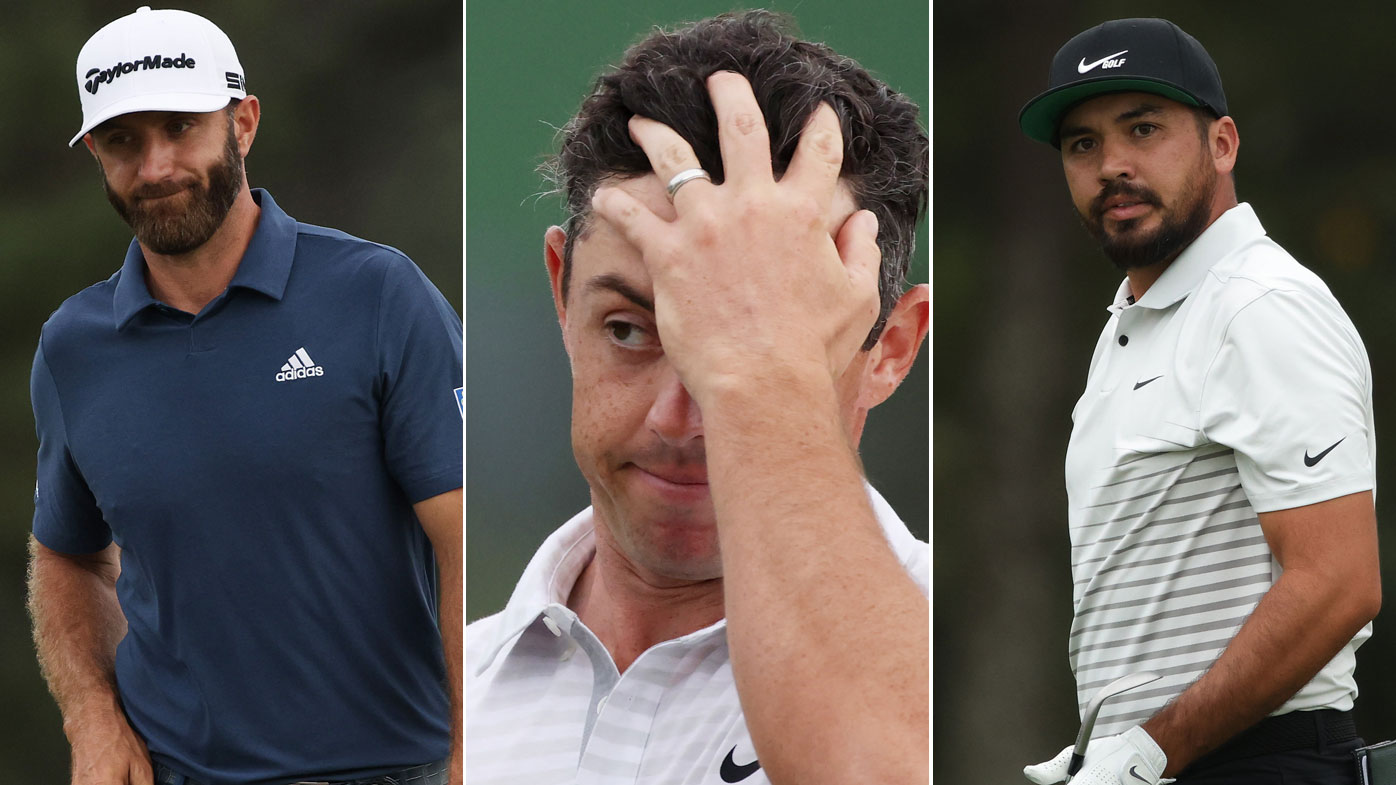 This being Augusta, he took a shot. He shot 75 on Friday, missing the cut by two strokes at 5 over.

“How disappointed do you think I am?” Koepka said. “I worked my (butt) off just to get here, and then to play like this is pretty disappointing.”

He shot a 74 on Thursday and left himself no margin for error down the stretch Friday — then needed a miracle that never arrived. Johnson’s tee shot on the par-4 18th landed in a fairway bunker, his approach didn’t even make the green and his chip that he needed to hole out to play the weekend didn’t come close.

That was the end, though not the totality of the undoing.

Johnson reached the green at the par-5 15th in two — albeit temporarily, with the ball spinning back down the slope, into the water and leading to a bogey that put him right on the cut line of 3 over.

A tee shot into the pine straw on the 17th led to another bogey. Before long, it was official. After setting the Masters scoring record last November, finishing 20 under, his title defense came to an abrupt end.

Sergio Garcia, in 2018, was the most recent Masters champion to return the next year and miss the cut. Garcia missed it again this year, by just one shot, after making bogey on two of his final four holes.

“Obviously, it’s disappointing because I love the Masters,” Garcia said. “If I didn’t love it, I wouldn’t care. You know, it’s just — it would be nice to get a little bit more love from the course sometimes, you know?”

Four of the world’s top 12 players — Johnson, No. 10 Patrick Cantlay, No. 11 Koepka and No. 12 McIlroy — all missed the cut. So did top-20 player Sungjae Im, who tied for second last year, and Dylan Frittelli, who was tied for fifth at Augusta National last November. Im wasn’t even close, shooting 77-80 to miss by 10 shots, and Cantlay was 8 over to miss the cut by five.

Some made it for the first time, including Matt Jones, who shot a 3-under 69 on Friday and got to 1 under for the week.

“To make the cut was always the first goal,” Jones said.

Such was the case for everybody. And for 34 of the 88 starters, it work out that way.

“That’s the way it is,” Garcia said. “Sometimes, things don’t want to happen.”