The Highlanders season is hanging by the thinnest of threads following a 26-23 golden point defeat to the Damian McKenzie-inspired Chiefs.

A week after a famous victory against the Crusaders, the Highlanders’ season is hanging by the thinnest of threads following a 26-23 golden-point defeat to the Damian McKenzie-inspired Chiefs.

On a nail-biting evening in front of 14,487 fans in Dunedin on Saturday, the Highlanders could not reach the heights they reached in Christchurch and lost promising lock Pari Pari Parkinson to injury to add to their woes.

Yet, despite that setback they showed huge courage to fight back from a 23-13 deficit with 20 minutes to go. When Damian McKenzie missed a long-range penalty with the last act of regulation time, both teams headed into uncharted golden-point territory.

The Highlanders had first crack at winning the contest, but replacement Josh Ioane pushed his drop goal wide from about 30 metres.

That opened the door for McKenzie, and he walked towards the pressure moment with the class befitting an All Black. From about 45 metres out, near the spot where he missed just minutes before, McKenzie landed the penalty and dealt what is likely to be a fatal blow to the Highlanders’ finals hopes.

It was a messy but stirring contest that burst into life in the final 25 mintes.

After four missed shots at goal, Mitch Hunt finally nailed a 54th minute effort to draw the scores level at 13-13 to set up a nervous final quarter with both sides clearly aware of the implications of a loss.

The Chiefs appeared to have kicked away after big prop Angis Ta’avao crashed over from close range following some slick buildup play by McKenzie and Luke Jacobson. 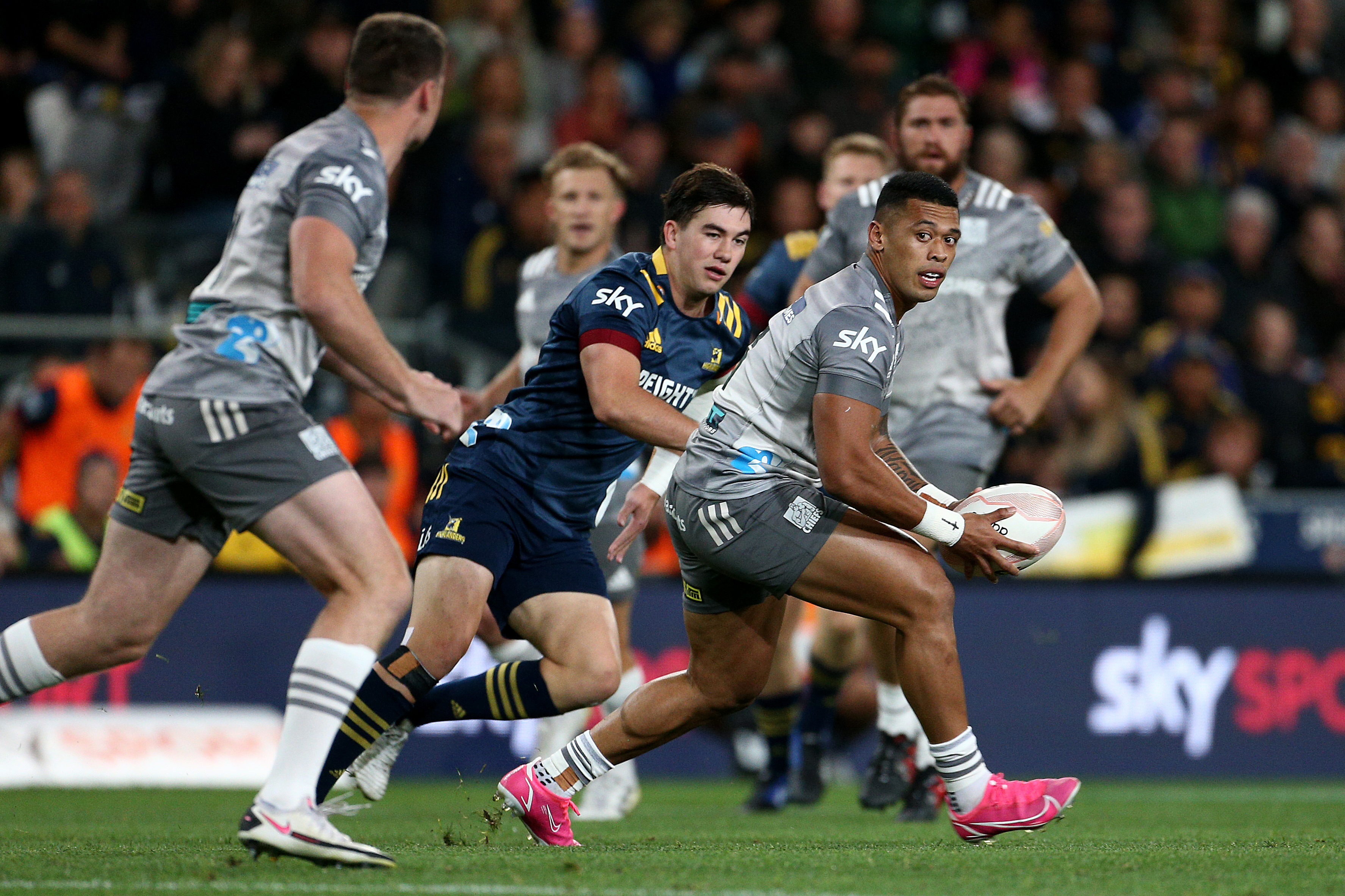 But the Highlanders were not finished. Ioane, who was excellent off the bench for the Highlanders, set up a grandstand finish by converting his own try to draw the score back to 23-20, and he then slotted a penalty to level up the scores.

However, McKenzie had the final say and it was well deserved for the in-form playmaker who was brave at fullback and slick at No 10 when he moved forward in the second half.

The Highlanders have only won two games at Forsyth Barr Stadium since the start of 2020, and one of those wins was the victory against the Hurricanes last August that was played behind closed doors due to Covid-19 restrictions.

They were again on the back foot early on Saturday after Sio Tomkinson needlessly tackled a man without the ball and Chiefs won some easy territory. No 11 Etene Nanai-Seturo then finished sharply in the corner after Brad Weber spotted some space on the blindside, and Damian McKenzie’s sideline conversion made it 7-0.

The home side hit back with a Tony Brown classic. From an attacking lineout, the Highlanders transferred the ball to James Lentjes and looked set to fold around the corner with their forwards to attack the Chiefs’ inside backs.

However, Lentjes showed a magician’s sleight of hand with a superb dummy that fooled most of the Chiefs’ pack and then dashed 20m down the blindside to score a try that was rich in innovation.

Hunt missed the conversion, adding to two failed penalty attempts inside the first 25 minutes and a costly eight points left out on the paddock.

The first half unfolded as a willing but relatively scrappy affair, with both sides guilty of building momentum and spoiling it with a handling error.

The ankle injury to Parkinson was a worry for Highlanders’ fans, with the big lock hobbling through to halftime but failing to reappear, while in-form Chiefs midfielder Quinn Tupaea suffered the same fate after twisting a knee in contact just before the break. 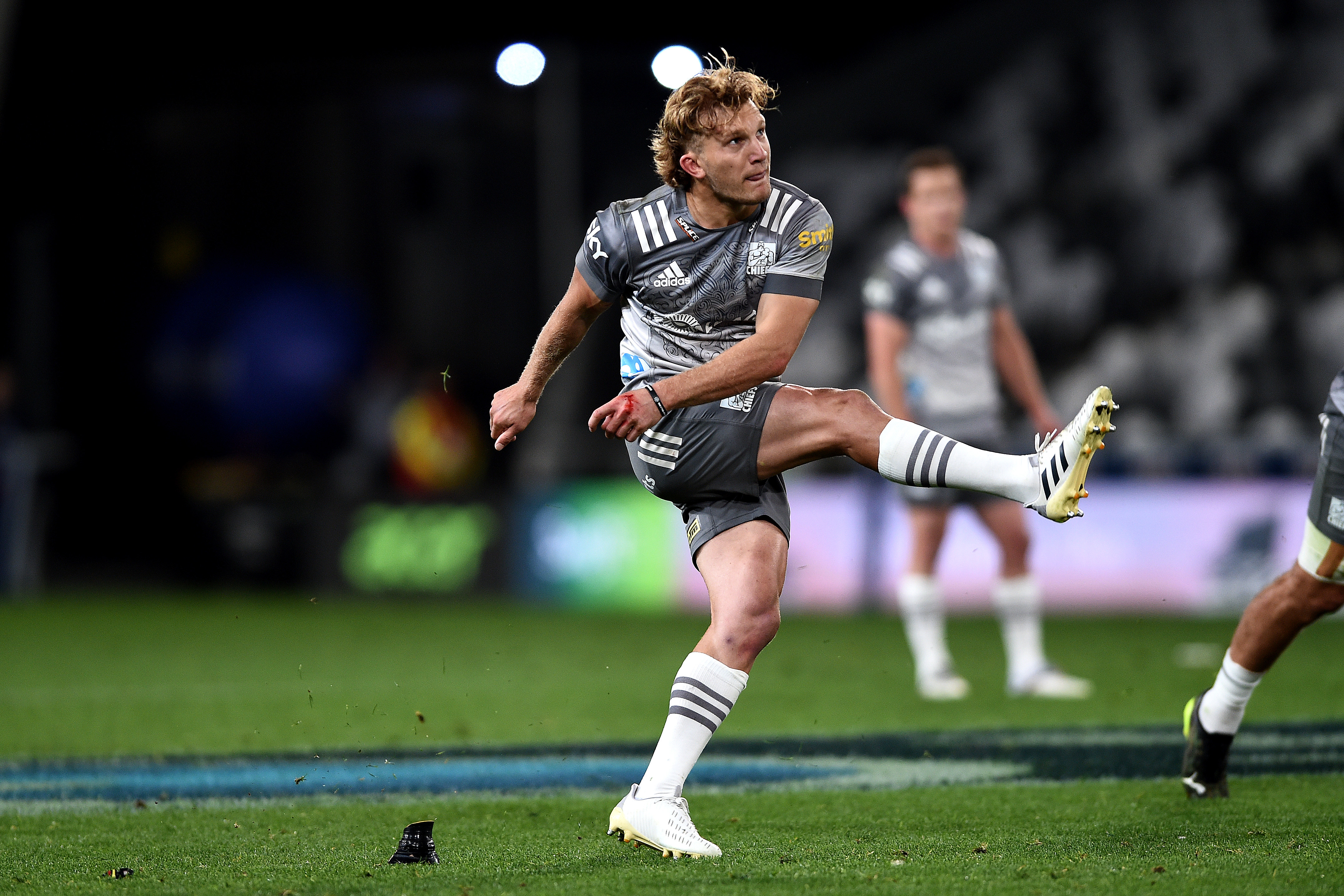 Parkinson appeared to re-injure the ankle he had surgery on at the end of last year as the Highlanders’ injury curse continued: they now have up to four of their best in various states of disrepair.

The price paid for Hunt’s penalty misses could have been higher but McKenzie was having his own issues off the tee, failing with two longer-range efforts in the 10 minutes before halftime.

However, he nailed one just on halftime to push the Chiefs’ lead out to 10-5 lead.