St Kilda looked headed for another disastrous afternoon, before the match was turned on its head in the second half.

St Kilda has responded to last week’s belting at the hands of Essendon, using a second-half onslaught to record a terrific comeback win against the West Coast Eagles.

The Saints were hammered from pillar to post in the media after their shocking Round Three performance, and looked to be staring down the barrel of another loss when the Eagles took a 81-48 lead, before a stunning comeback which saw them outscore West Coast 54-1 the rest of the way.

The crowd in attendance was left in disbelief by the incredible turnaround, with Melbourne great Garry Lyon crediting St Kilda’s manic second half pressure. 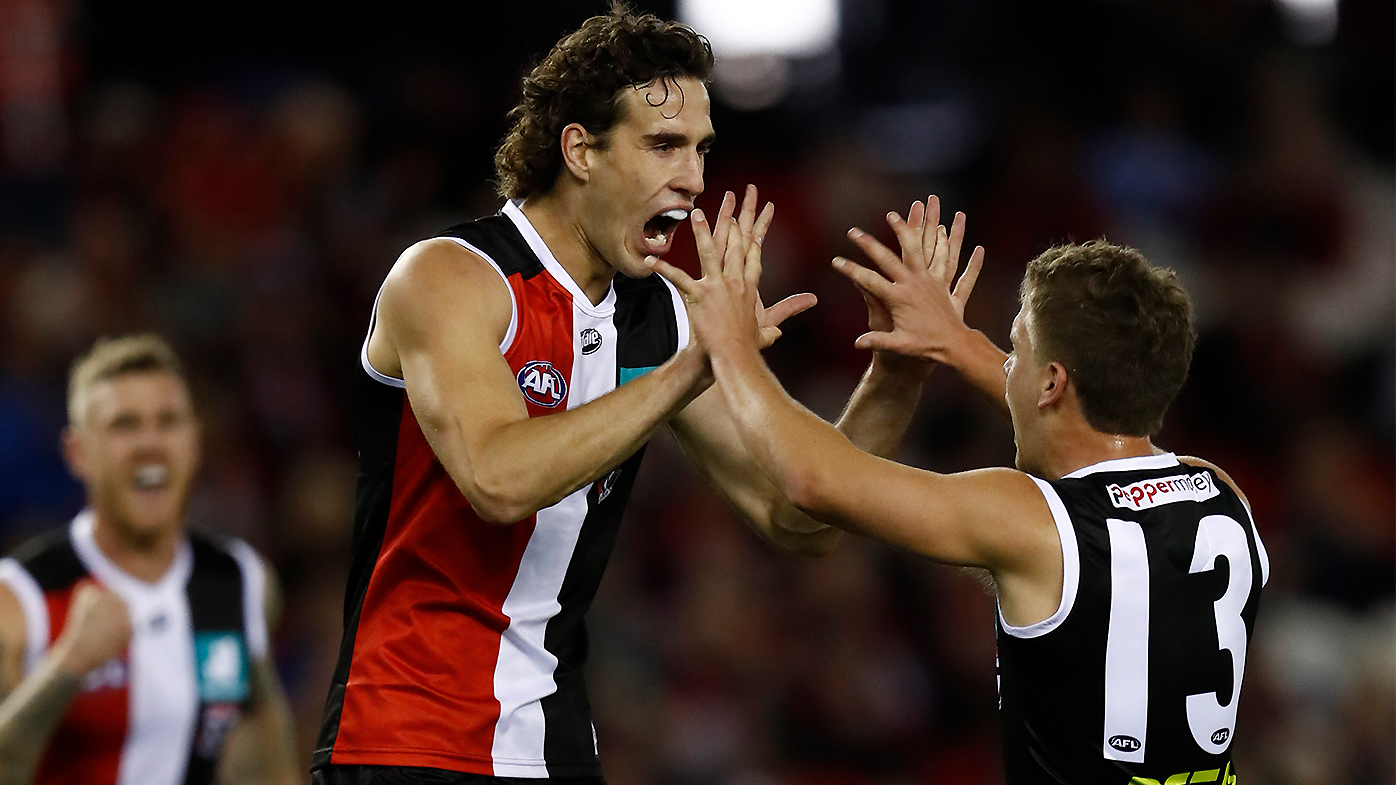 “This is what we thought St Kilda would be doing this year,” he said on Fox Footy’s coverage.

“This is what we thought they were capable of on the back of a 2020 season where they won a final.

“At 33 points down halfway through the third quarter, there were plenty of questions and they’ve answered the lot with eight unanswered.”

Young gun Max King kept the Saints afloat for the majority of the first half and finished with a career-best five goals, while Dan Butler was instrumental in the comeback with three majors of his own.

It was a desperately disappointing afternoon for the Eagles, who looked to have the win in the bag when Jack Petrucelle kicked his fourth goal of the match in the third quarter.

To make matters worse for West Coast, veteran defender Shannon Hurn was subbed out of the game in the first half after suffering a calf injury.