Ryan Matterson has been ruled out of Sunday’s clash against St George Illawarra suffering ongoing symptoms of concussion.

Parramatta Eels star Ryan Matterson has been ruled out of Sunday’s Round Five clash against the St George Illawarra Dragons suffering ongoing symptoms of concussion.

The Eels announced club medical staff had been monitoring Matterson since his Round Two incident, and he’d not be playing in tomorrow’s game.

Matterson was taken from the field when he was knocked out cold in a tackle from Melbourne Storm star Felise Kaufausi earlier this season.

It was a controversial challenge given the apparent use of an elbow which was slammed against Matterson’s head as he was thrown flat on his back. 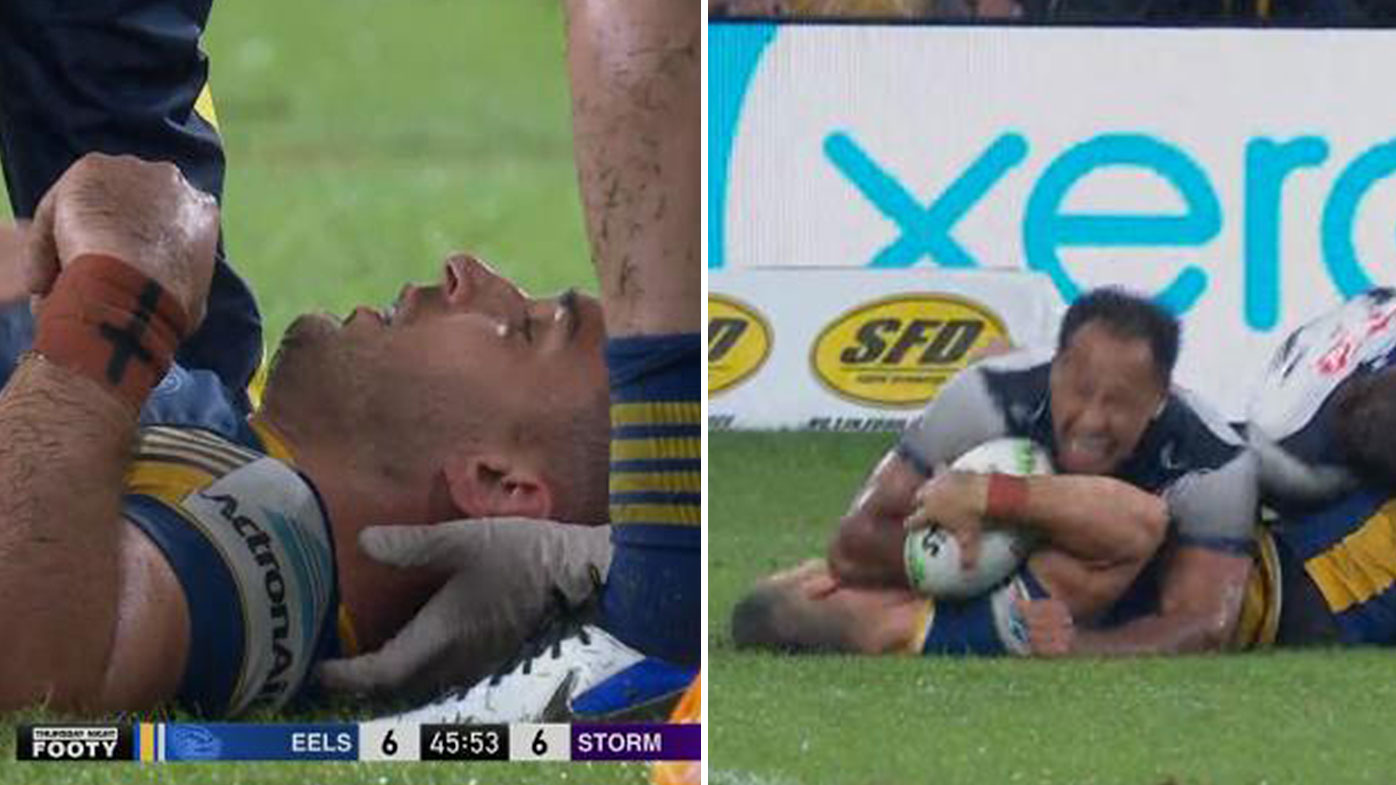 Kaufusi was handed a grade two dangerous contact charge over the incident and was sidelined for two weeks.

Matterson is back at training with the Eels but his history with concussion is understood to have Parramatta’s medical staff erring on the side of caution.