Canterbury’s Ofahiki Ogden and Melbourne’s Nelson Asofa-Solomona were both sent to the bin in a double blow.

Canterbury’s Ofahiki Ogden and Melbourne’s Nelson Asofa-Solomona were both sent to the bin in a double blow midway through the Storm’s 52-18 win over the Bulldogs.

The scuffle broke out moments after Tui Kamikamica crossed over late in the first half, as the Storm enforcer burst onto a Harry Grant short ball from close range.

Storm playmaker Cameron Munster then gave Ogden a condescending pat on the head, triggering the Bulldog to fire back with a wild shove. 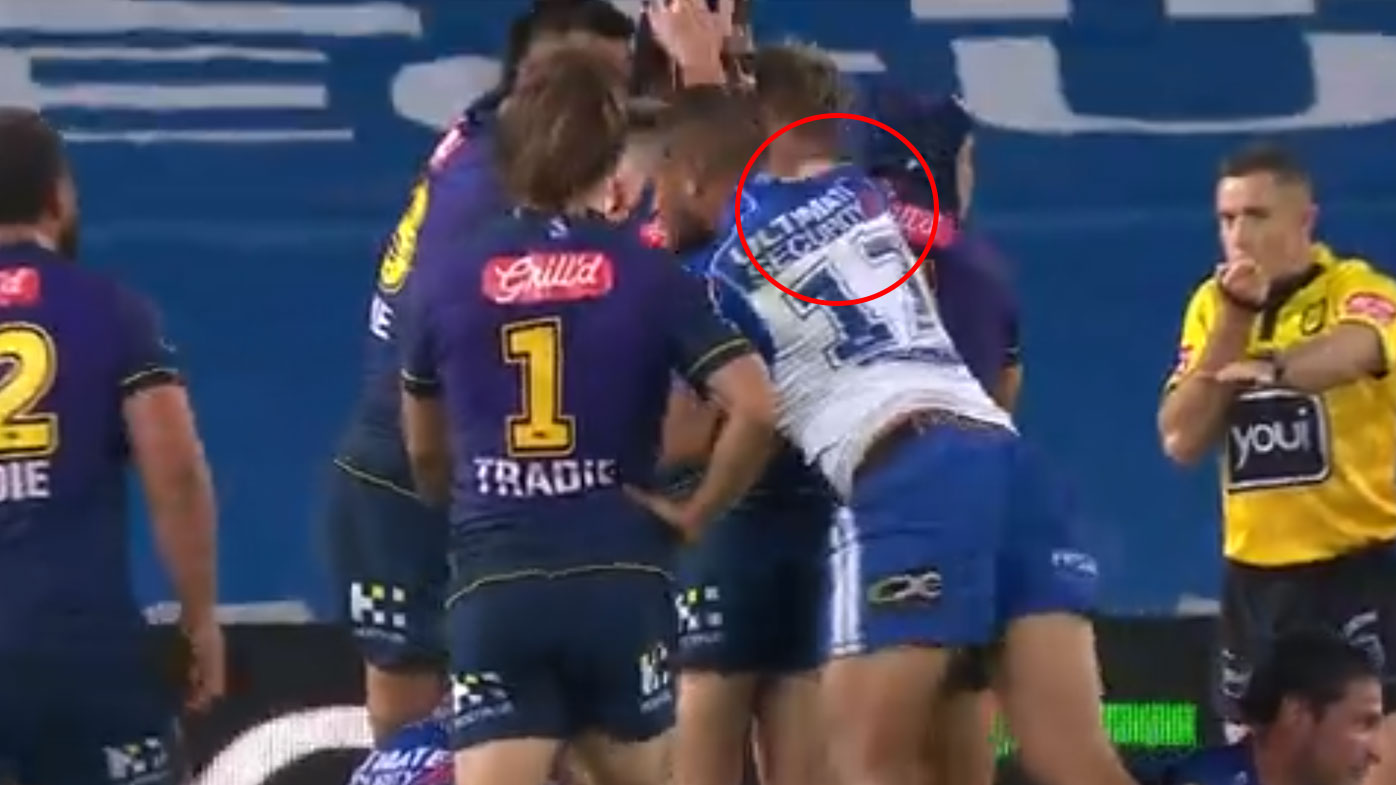 “So it’s 12 on 12 … Ofahiki Ogden and Nelson Asofa-Solomona will sit and watch for the next 10 minutes of game time,” said Fox League commentator Warren Smith.

“Ofahiki Ogden has taken the bait from Cameron Munster … and then Nelson Asofa-Solomona did something a bit silly himself.”

“He threw the bait out there, didn’t here, Cam Munster?” Anasta said. 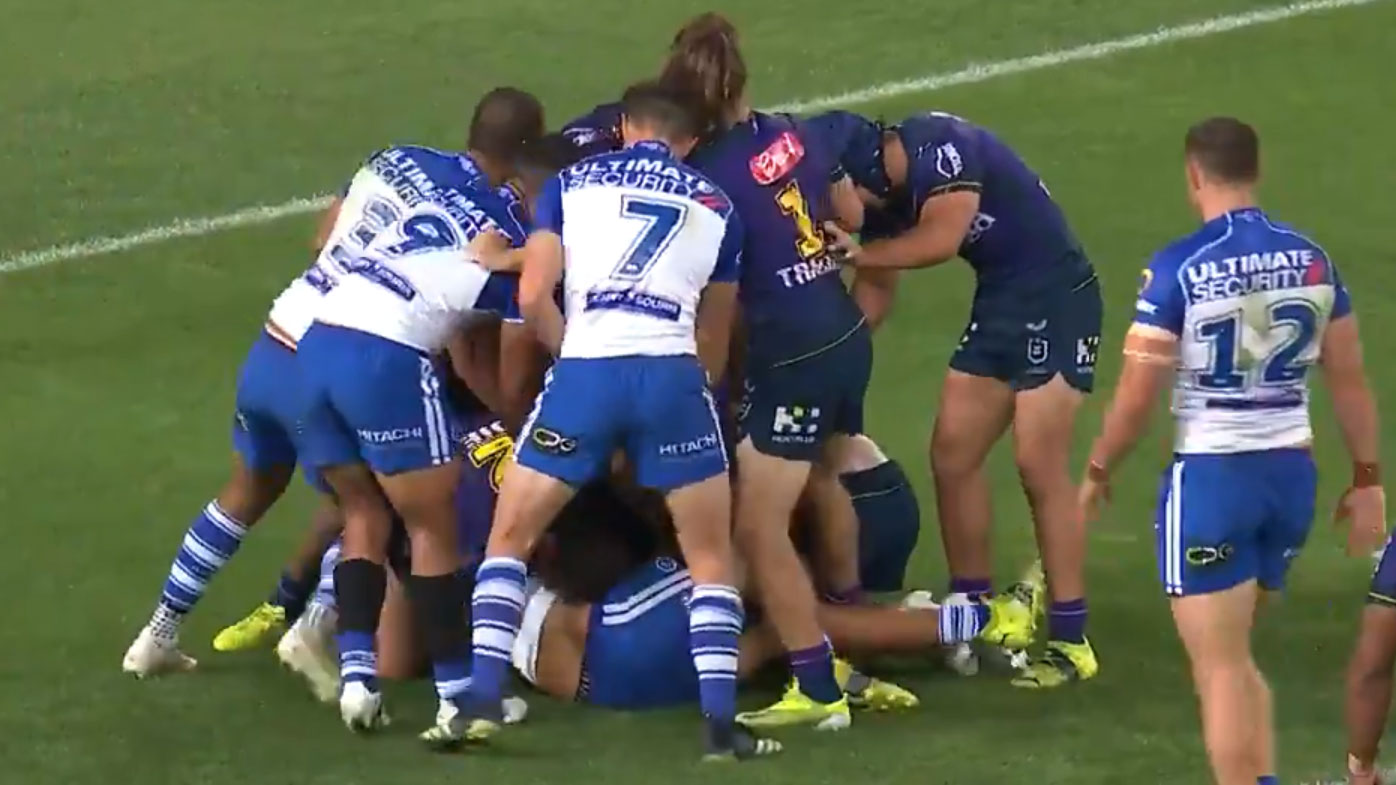 “And two of the big forwards have paid the price. He’s a cheeky five-eighth.”

The incident was a minor inconvenience for Craig Bellamy’s Storm, who motored away to the finish line in a dominant display in Sydney.

Meanwhile, Trent Barrett can be pleased with the progress of his squad who at times had the reigning champions under pressure.