Joe Daniher provided a moment of magic against the Bulldogs, but it was a case of too little, too late for the Lions.

The Western Bulldogs have continued their perfect start to the season, prevailing in a tight contest against the Brisbane Lions in tough overhead conditions.

Faced with a strong wind that make kicking difficult all day, the Bulldogs used a strong first quarter against the wind to secure a lead before running out 10. 13. (73) to 8. 6. (54) winners in Ballarat.

The 4-0 start, which sees the Bulldogs return to the top of the ladder is the club’s first unbeaten start through four games of an AFL season since 2008.

With former Lions star Stefan Martin in the ruck for the Bulldogs, Tim English made the most of his time up forward, finishing with three goals to go along with 17 possessions.

The Dogs’ all-star midfield was once again dominant, with Jack Macrae leading all ball-winners with 32 disposals and a goal, while Josh Dunkley and Adam Treloar contributed with 27 and 29 disposals, respectively. 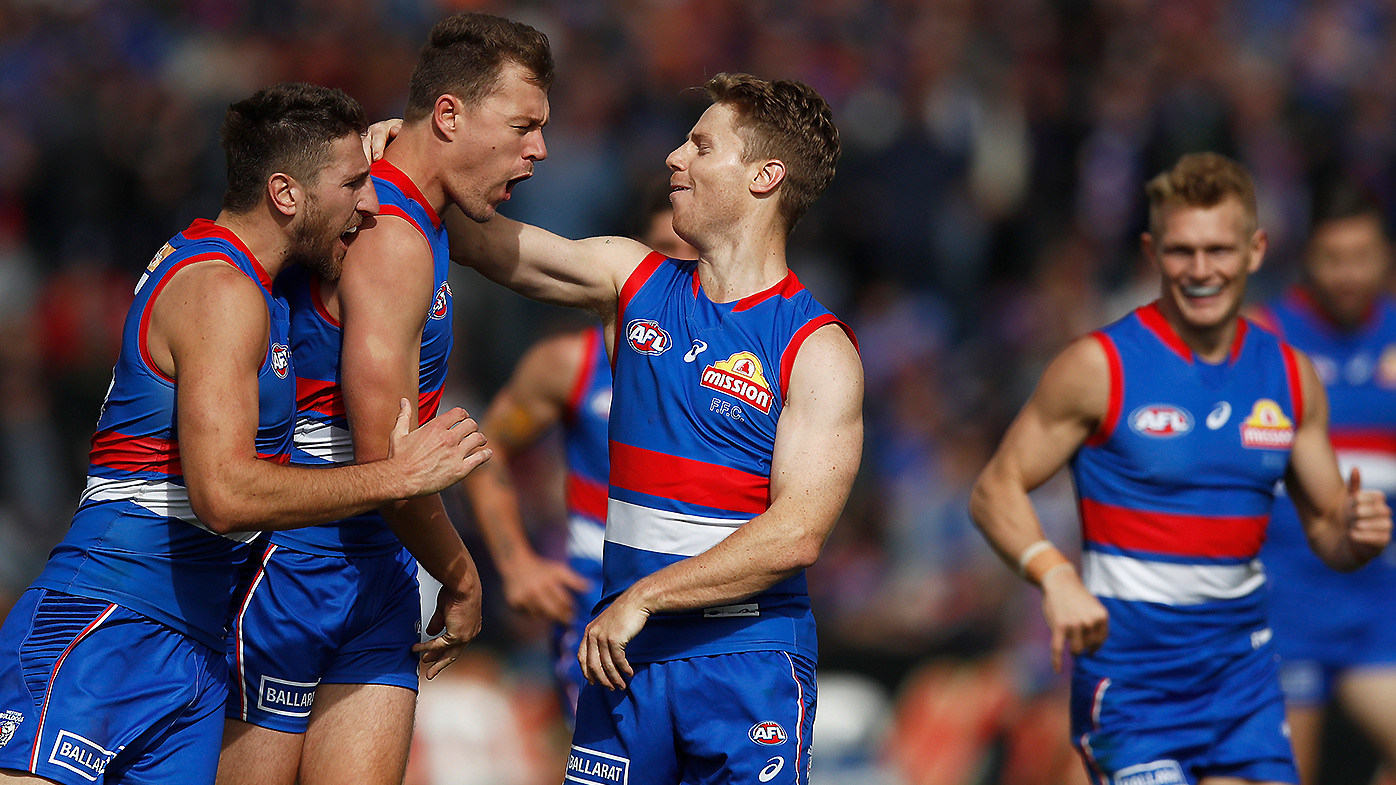 It was another disappointing outing for the Lions, who fell to an unenviable 1-3 record with the loss, with Joe Daniher‘s late goal the one highlight from the afternoon.

With time on the Bulldogs’ side, Daniher cut into the margin inside the final two minutes with a sensational dribbling goal from outside the 50m arc.

Tucked up against the boundary line on the right hand side of the ground, Daniher had no choice but to go with his non-preferred right boot, before the ball dribbled through inside the right goal post.

“Oh my goodness!” exclaimed Fox Footy’s lead commentator Dwayne Russell as the ball went through. “An accidental goal of the year contender.”

“That is unbelievable. I think he’s apologising for such a great effort,” Bulldogs great Brad Johnson added. 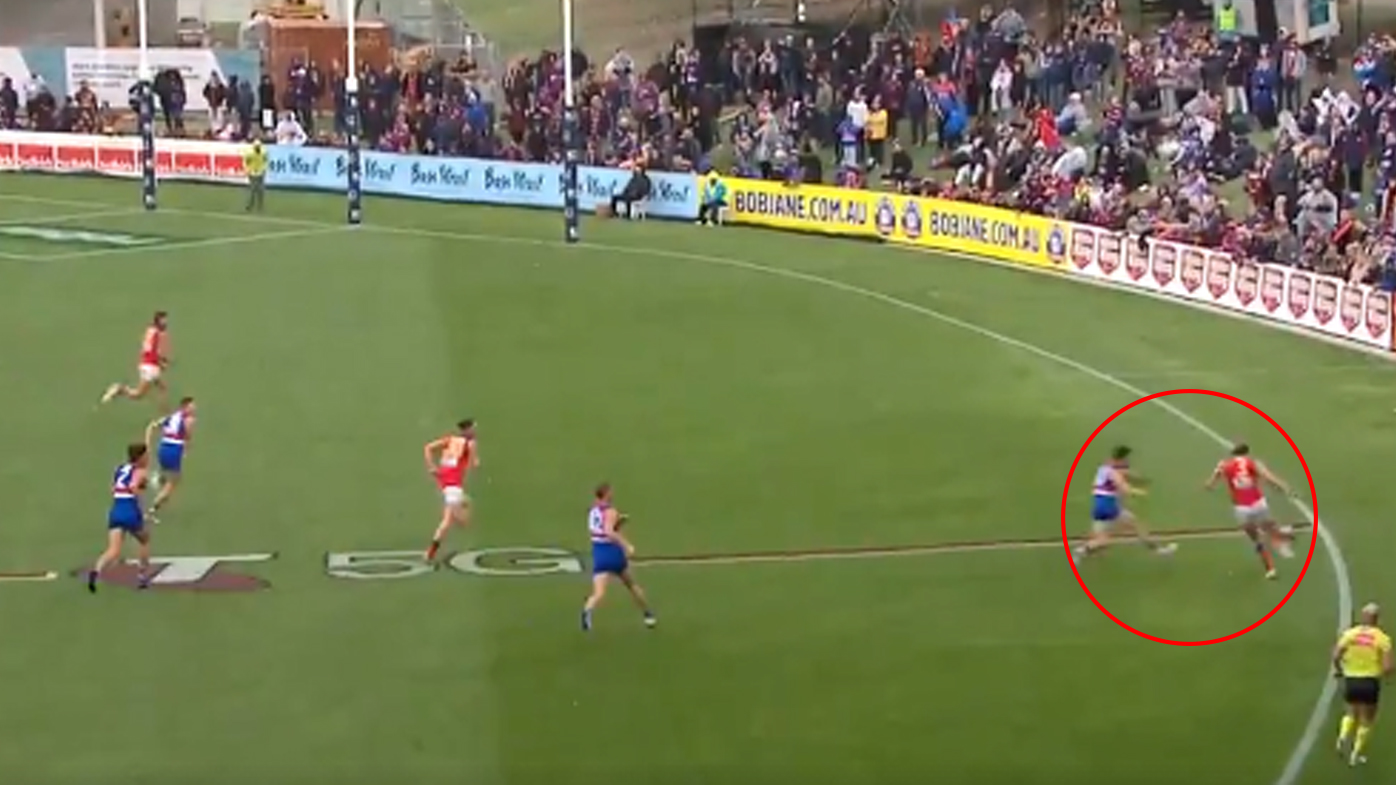 “That’s amazing because he’s just put it to grass just to keep the ball in flow.”

The goal was the singular highlight in a forgettable day for Daniher, who had just eight touches and remained on the periphery of the match all afternoon.

After being forced to remain in Victoria for the last three weeks, the Lions will finally head back to Queensland to prepare for a must-win clash against Essendon at the Gabba next Saturday night.

Meanwhile, the Bulldogs will be hot favourites to extend their unbeaten streak against the injury-hit Gold Coast Suns in Round Five.