A decade on, Queensland rugby is buzzing again

The 2021 Queensland Reds are earning comparisons to the famous 2011 team after another epic win against the Brumbies.

Ten years on, the similarities simply can’t be ignored.

During the week, 2011 Queensland Reds legends Will Genia and Quade Cooper said the comparisons were fair and the class of 2021 underscored that by booking a home Super Rugby AU grand final by beating the Brumbies.

Remarkably, the 24-22 win was the same scoreline as this year’s previous victory over the defending champions in Canberra as the Reds again came storming back late on the back of some cool James O’Connor leadership and clutch Jordan Petaia plays.

Something seriously special is brewing at Ballymore and Suncorp Stadium and even hard nosed coach Brad Thorn allowed himself to admit that as he surveyed the arena he once dominated as a Broncos and Queensland league enforcer.

“We got 20,000 here tonight, it was a good game and they’ll wear that Queensland jersey home.

“If you think about great Origin or Queensland games, they are those ones where you come back and just find a way to get the job done.”

Thorn, of course, was for once on the losing side at Suncorp Stadium back in 2011 when the Reds beat his Crusaders in one of the great Super Rugby finals. 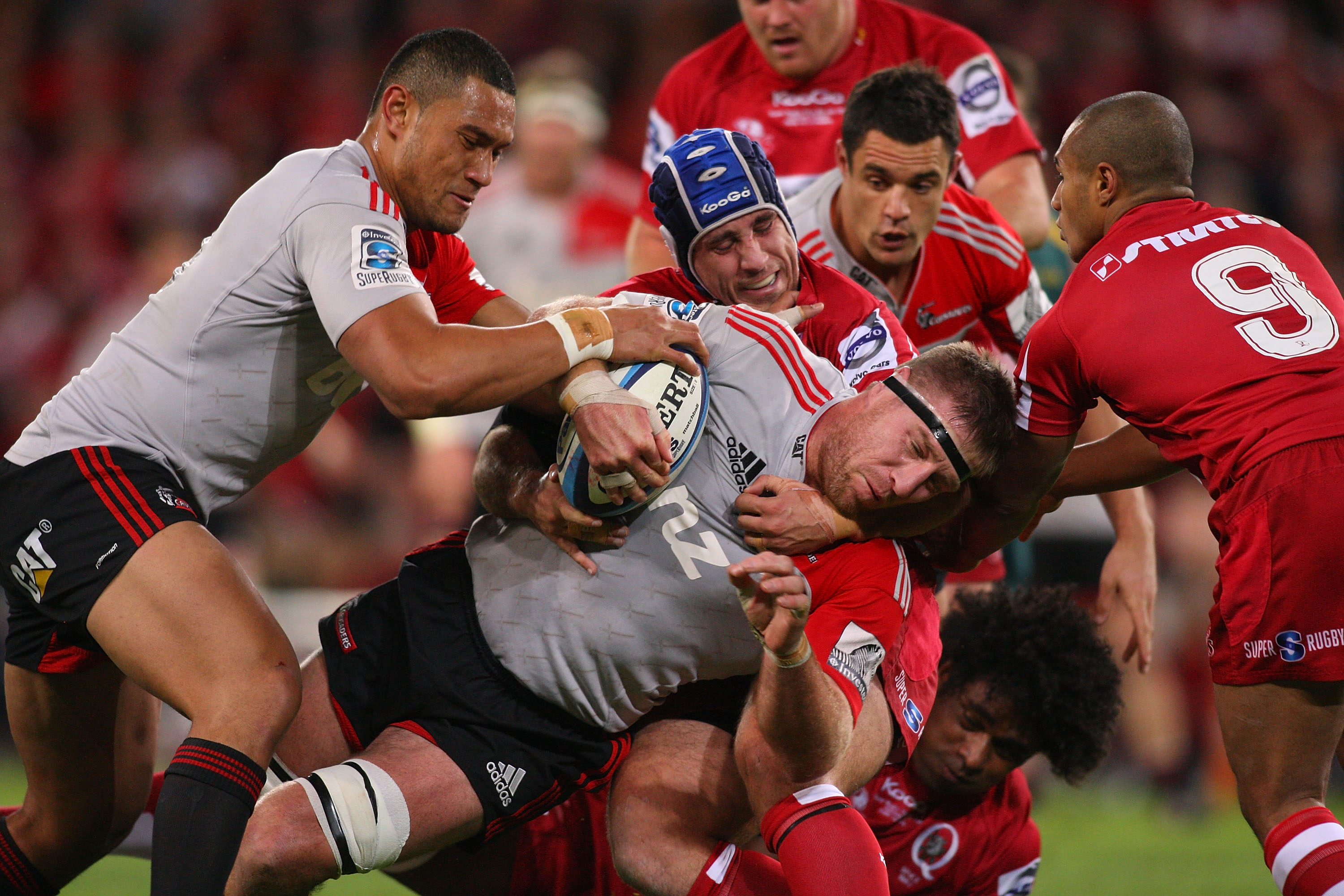 After some awful years, the Brisbane rugby buzz is back and Thorn can feel the 2011 vibes returning.

“52,000. So good,” Thorn reflected on Queensland’s first and only Super Rugby title, before turning one eye to the May 8 Australian grand final.

“I reckon the crowd will be even bigger (than Saturday night) and they’ll be enjoying their rugby.

“I don’t think I’ve ever seen them hang around like this (after the match).

“That’s when you know with a team – how long the crowd hang around. 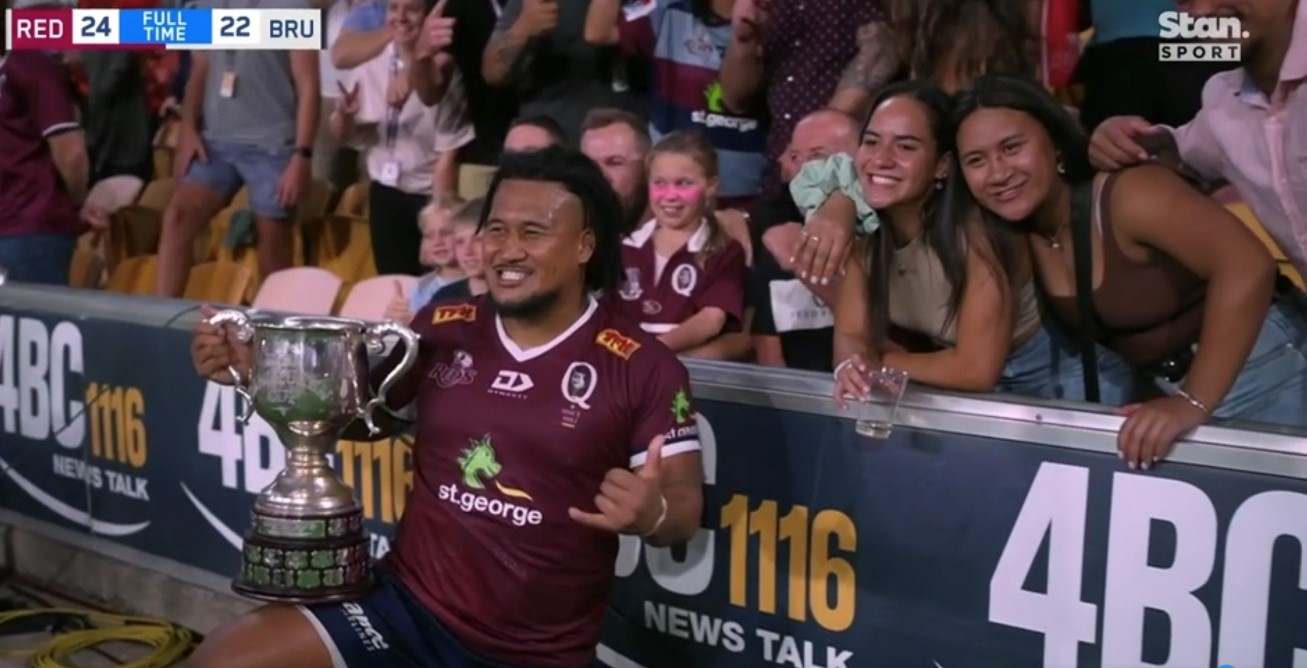 “They know the guys are playing for each other and doing the state proud.”

With top spot locked up, the Reds will enjoy their bye week.

The Brumbies will now play either the Melbourne Rebels or Western Force in the qualifying final with two regular season rounds remaining to sort that puzzle out.

Standout Reds prop Taniela Tupou appeared to be in tears at fulltime as the magnitude of the club’s turnaround sunk in.

“I was just saying I was here when the Reds were struggling and we’re slowly getting there. It’s awesome and we want to keep growing.

“A home grand final, we’ll have all of our family watching and our Queensland people coming to support us. It’s special.” 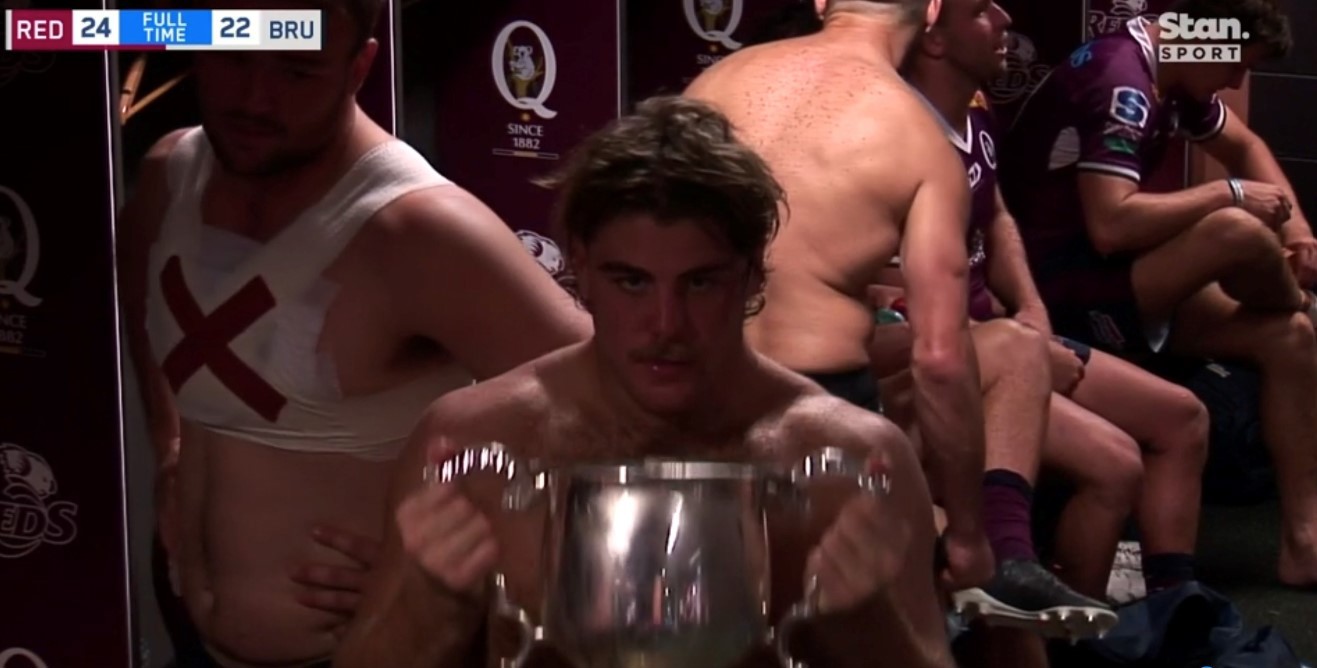 It could have all been so different for the Reds.

With time up, winger Filipo Daugunu failed to find touch with a kick that would have ended the game as Thorn and his coaching team watched on in horror.

“Oh my goodness,” Thorn said when Drew Mitchell reminded him of the play.

“(Attack coach) Jim McKay doesn’t have much hair and what was left he lost.

“It must have been a mis-kick there but they got the job done.”

Daugunu will be among the Reds contingent to now convene for a 40 player, three day Wallabies camp on the Gold Coast.

Dave Rennie’s shadow Test team will surely be packed full of Reds and Brumbies who are clearly the best two teams in Australia.