Abraham Ancer has been slugged with one of the harshest penalties you’ll ever during the first round of the Masters.

Abraham Ancer has been slugged with one of the harshest penalties you’ll ever during the first round of the Masters.

The Mexican, who won the 2018 Australian Open, was given a two-stroke penalty for unintentionally grazing the sand on his backswing while in a bunker on the 15th hole.

“After Mr Ancer had signed his scorecard and exited the scoring area, video evidence was reviewed by the Committee regarding a potential breach of rule 12.2b(1), which states that touching sand in a bunker right behind the ball results in a penalty,” a statement from Masters competition committee chairman James B. Hyler, Jr said.

Many fans argued that you could hardly see a change in the sand behind the ball, but the committee doubled down.

“The touching of the sand was deemed visible to the naked eye,” Hyler said.

“Had this not been the case, the video evidence would have been disregarded and a penalty would not have been applied.”

Ancer tweeted a clip of the incident, saying “while I’m gutted, I can’t wait to get after it tomorrow.”

The replies were almost universally in support of him, with fans calling it an “absolute joke” and “ridiculous” among other more colourful reactions. 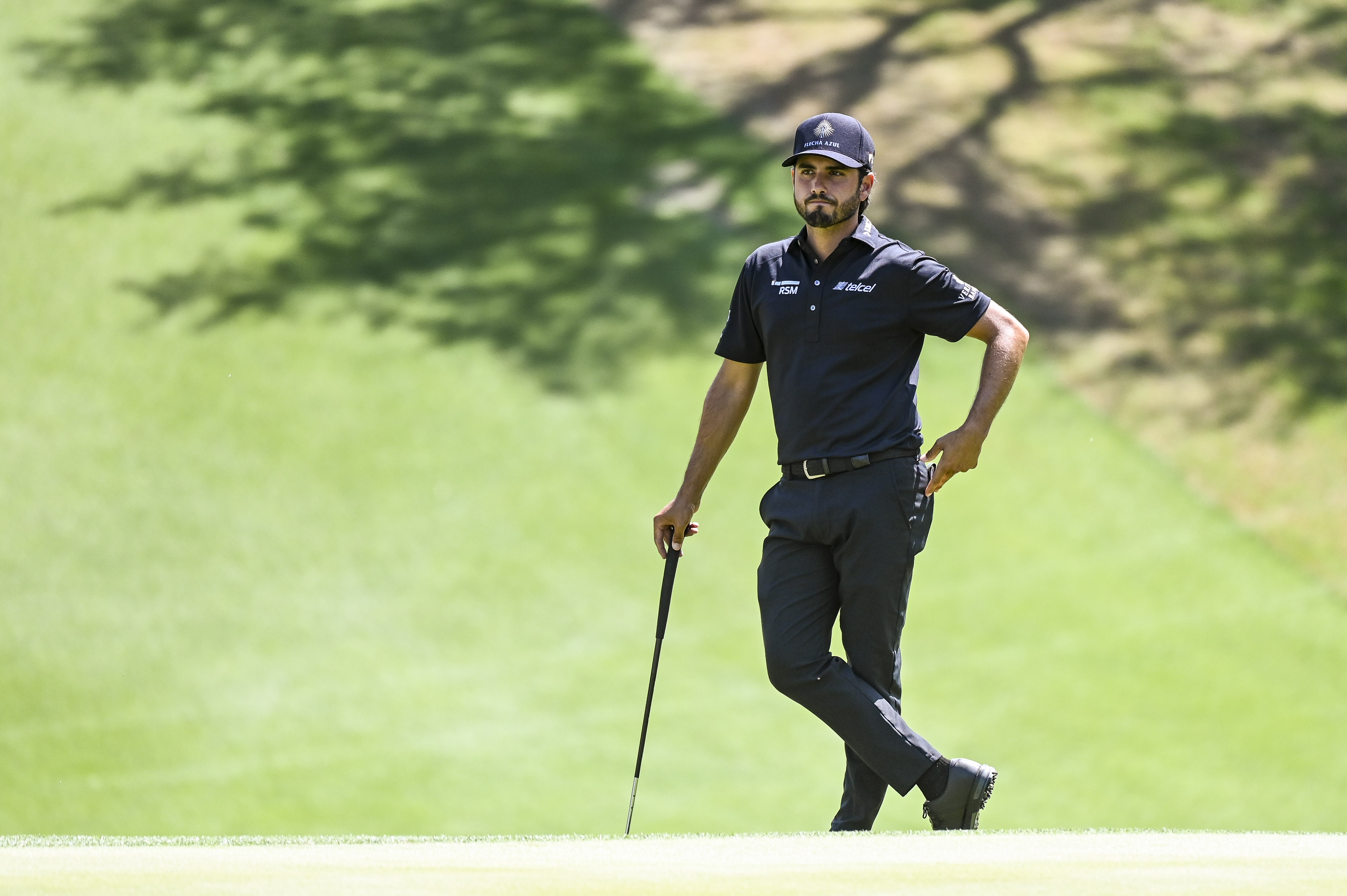 “Sorry to see this because it’s not how the rules should be enforced,” NBA legend Detlef Schrempf weighed in.

Ancer will have some work to do tomorrow to save his tournament and make the cut. He currently sits at 3-over, ten strokes behind leader Justin Rose, who is lapping the field.