Jarrod Croker’s missed grounding on a crucial would-be try was a “huge missed opportunity” that may have cost Canberra.

Raiders skipper Jarrod Croker’s missed grounding on a crucial would-be try against the Panthers was a “huge missed opportunity” that may have cost Canberra the game.

That’s the word NRL greats Brad Fittler and Paul Gallen who were sure Croker would be ruing his uncharacteristic blunder en route to his side’s convincing 30-10 loss in Penrith.

It could have been a far different story, however, had Croker grounded a run-of-the-mill grubber from Jack Wighton in the 20th minute, a try that could have put the Raiders 12-0 up in a blistering start against the NRL leaders.

Instead, replays caught Croker bungling his effort to dot down, knocking on the ball under his body into the try-zone. 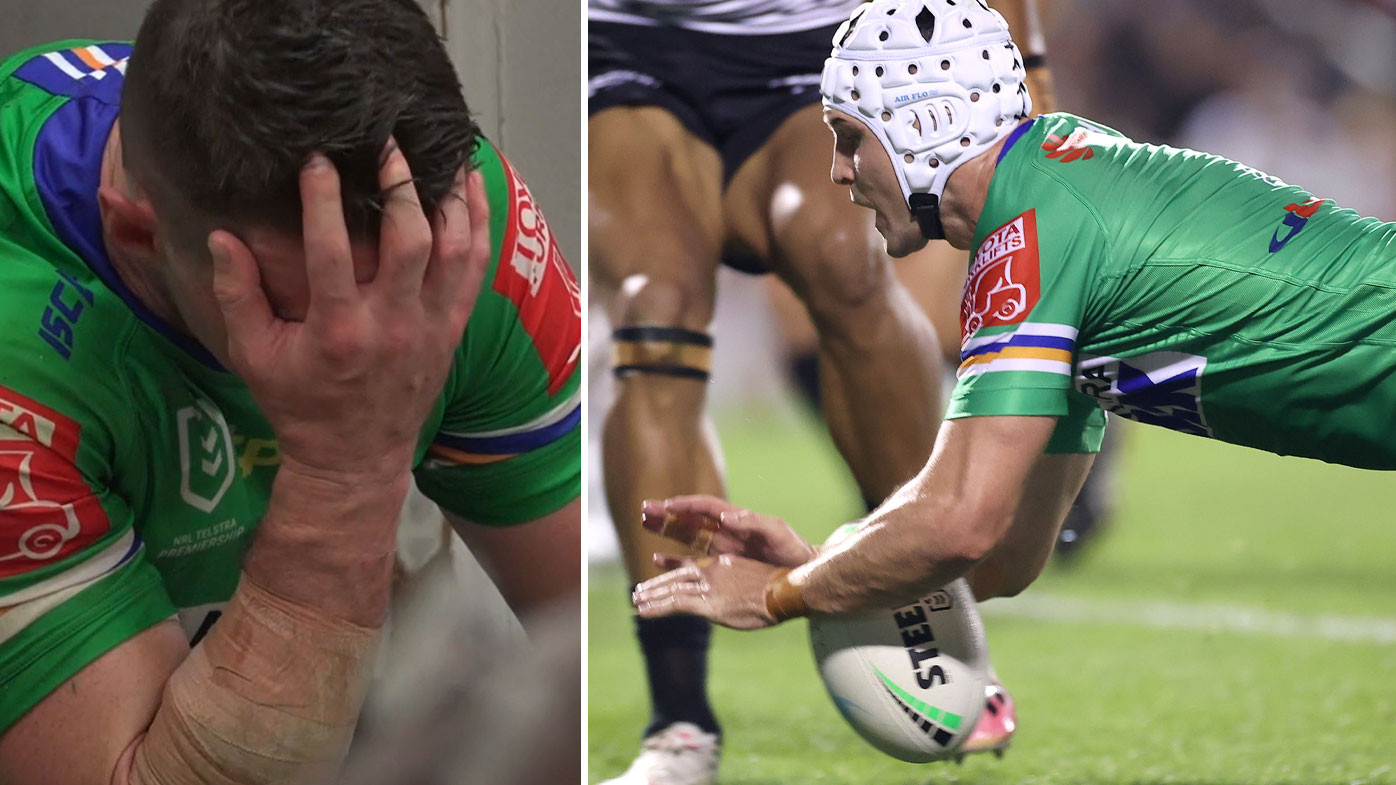 Melbourne Storm great Billy Slater said in commentary that Croker “would have been really disappointed in that.” And following the match, Slater’s assessment came to fruition with the Canberra captain spotted in the changeroom looking downtrodden despite managing to find the try-line in the second half.

“That was a huge missed opportunity tonight,” Gallen said on Nine’s post-match show.

“In the big games, you’ve got to get those ones. He’d give back the points to have that try. Because at 12-0 it’s a totally different game.”

“He’s scored so many of them, hasn’t he? He’s a great kick chaser, he plants them anywhere,” he said.

“You wouldn’t think he could get his hand to it, and he scores them. But you don’t get that many chances against the team coming first, and that was a big drop.

“He’s been the stalwart of this team. He’s been there a long time and now it’s time to go again, he’s got to find something. It’s a big challenge for him.”