A Broncos duo are in hot water after a photo with a disgraced former teammate surfaced on social media.

Hopoate, who is currently without an NRL contract, in February pleaded guilty to common assault charges relating to allegations he struck his partner before driving away from the scene. 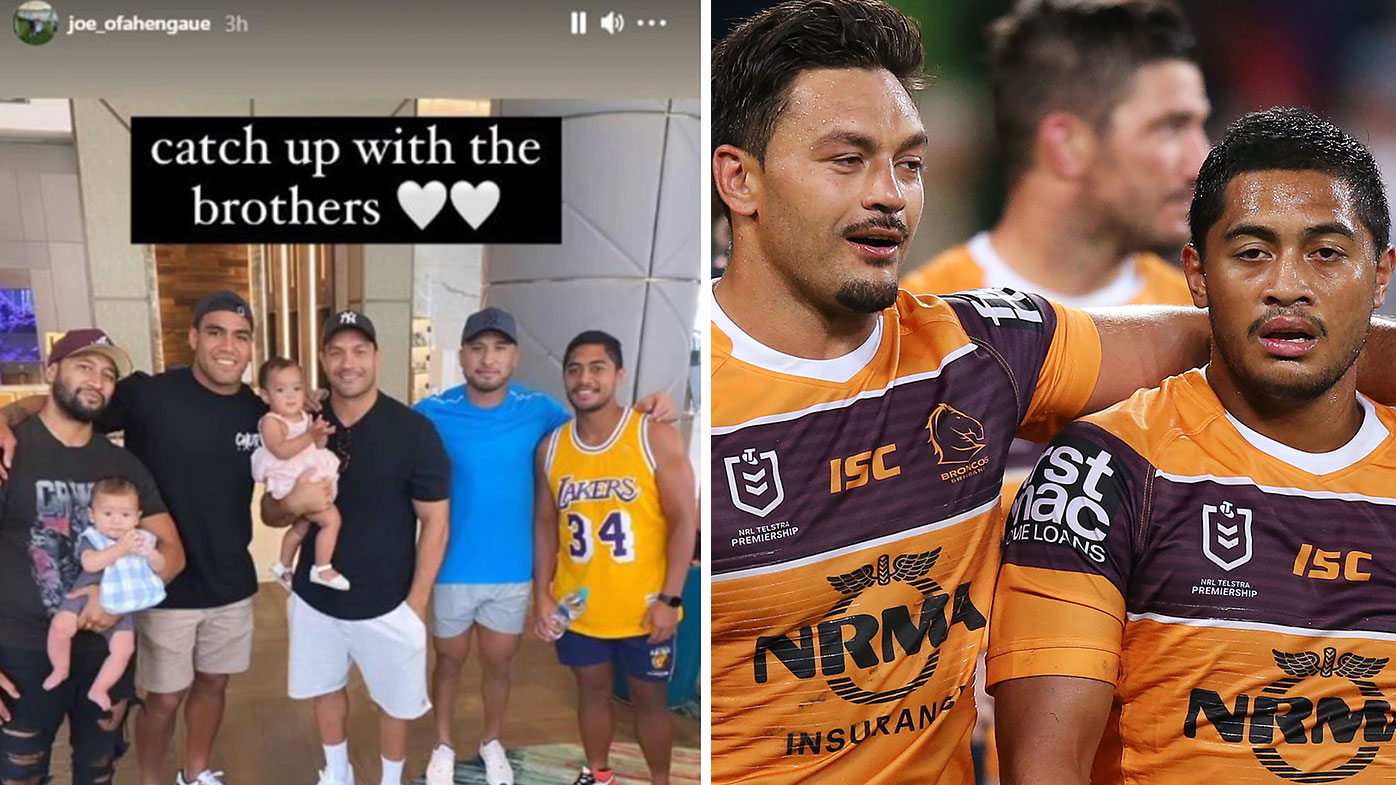 According to The Courier Mail, Milford and Glenn now find themselves in hot water with club officials after former Bronco Joe Ofahengaue posted a photo to his Instagram story of the trio spending time with Hopoate.

The club had been based in Sydney for two weeks ahead of its clash with the Rabbitohs last night, after having to leave Brisbane during Queenland’s COVID-19 outbreak.

Hopoate played 12 games for the Broncos in his debut season last year but wasn’t rewarded with a contract for 2021.