Fans have been split by a dubious no-call by the umpire during the dying stages of Sydney’s thrilling win over Essendon.

A controversial holding the ball non-call in the dying stages of Sydney’s thrilling three-point win against Essendon has well and truly split opinions in the AFL world.

The incident occurred with 40 seconds left on the clock, when Swans ruckman Tom Hickey was tackled by his counterpart Nik Cox after a boundary throw-in.

Hickey grabbed the ball out of the ruck and was taken down by Cox after attempting to take on the tackle, but was given the benefit of the doubt by the umpires.

With the ball trapped at Sydney’s half-forward line, the umpire’s decision took away Essendon’s last chance for a foray forward before the siren. 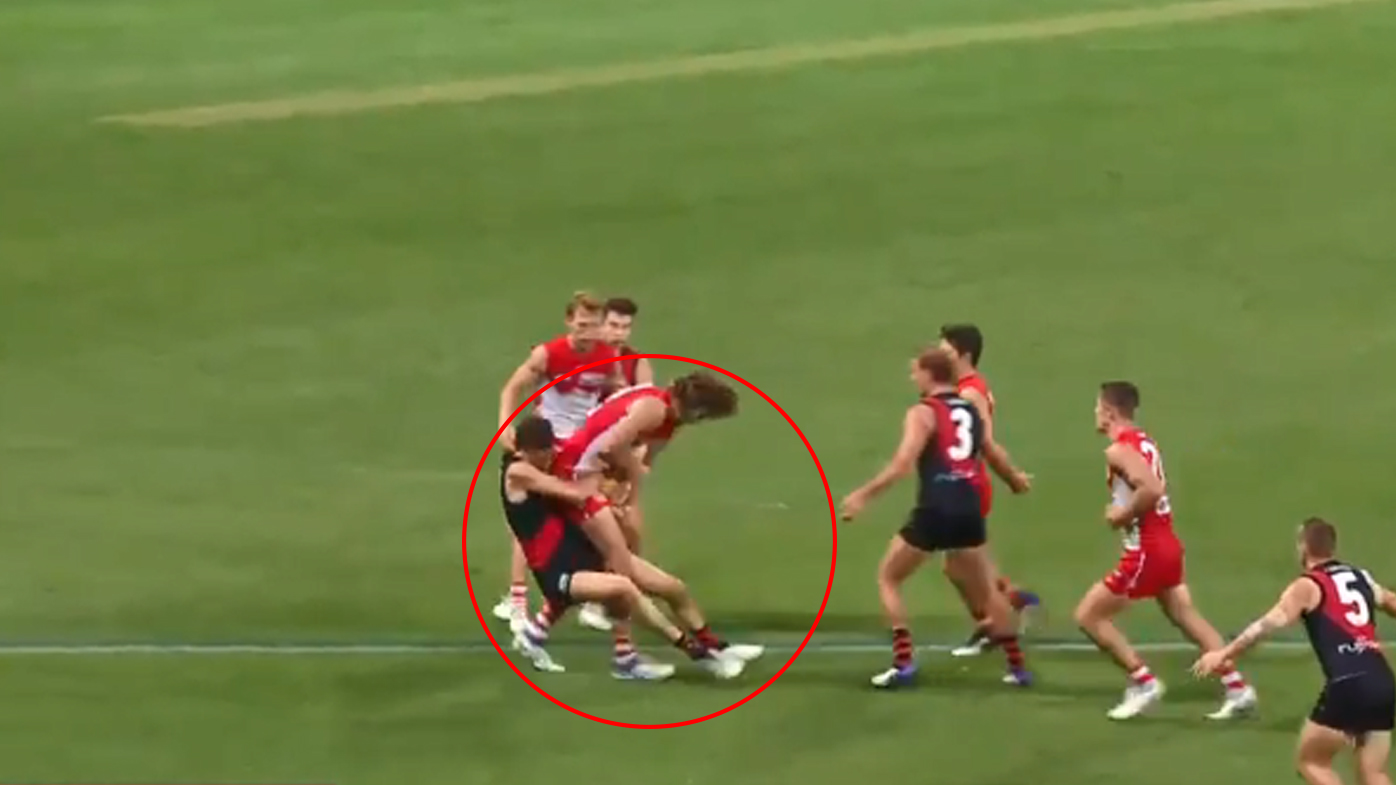 Following the match, AFL greats Jonathan Brown, Gerard Healy and Leigh Montagna were all split on the decision.

“That was a mistake,” Brown said on Fox Footy’s coverage.

“That should’ve been paid holding the ball. I thought that was a poor decision from the umpire.”

“The rule is if you grab it out of the ruck it doesn’t count as prior, you’ve just got to be trying to make an attempt,” Montagna added.

“I think that’s the right call not to pay it but I’m not convinced.” 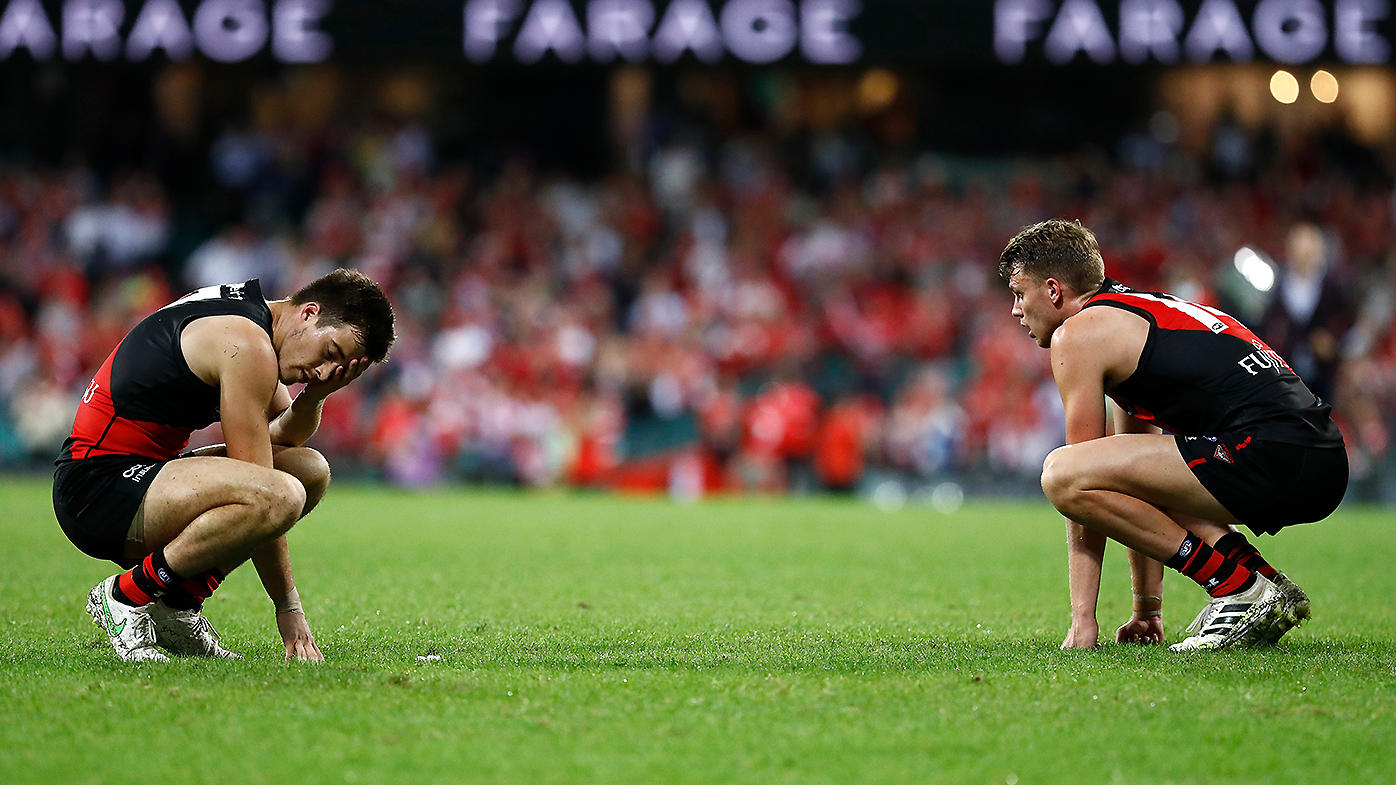 “One of the problems we’ve got is they’ve tightened up what is prior opportunity to such a degree, the difference between having it and not having it is so minuscule, that it’s almost in the eye of the beholder.

“I’ve always been of the view that you should reward the ball winner. To me, he’s had one and a half steps, he’s been tackled pretty much straight away, I would’ve said play on.”

The decision left many AFL fans confused, with Essendon fans left irate at the final free kick count, which went 29-16 the Swans’ way.

However, despite the fans’ disappointment, Essendon coach Ben Rutten refused to be drawn into the incident after the match, telling reporters that he did not see the call.

While ruckmen were once called holding the ball if they were tackled after grabbing the ball out of the ruck, a change in rules over the last few seasons now allows for big men to take possession of the ball.