Isaac Heeney broke his hand in Sydney’s win over Essendon – and coach John Longmire is concerned at the forecast.

The 112-match crowd favourite left play for an assessment on his right hand during the second quarter of the SCG match and didn’t return, before coach John Longmire told reporters after the game that he had broken his hand.

By Longmire’s estimation that Heeney was set for three to four weeks on the sideline, the Swans academy product won’t play again until at least Sydney’s clash with Melbourne in round eight or their game against Collingwood in round nine.

Heeney’s broken hand follows an injury-plagued 2020 campaign in which the New South Welshman took no part after round six due to a horror ankle injury. 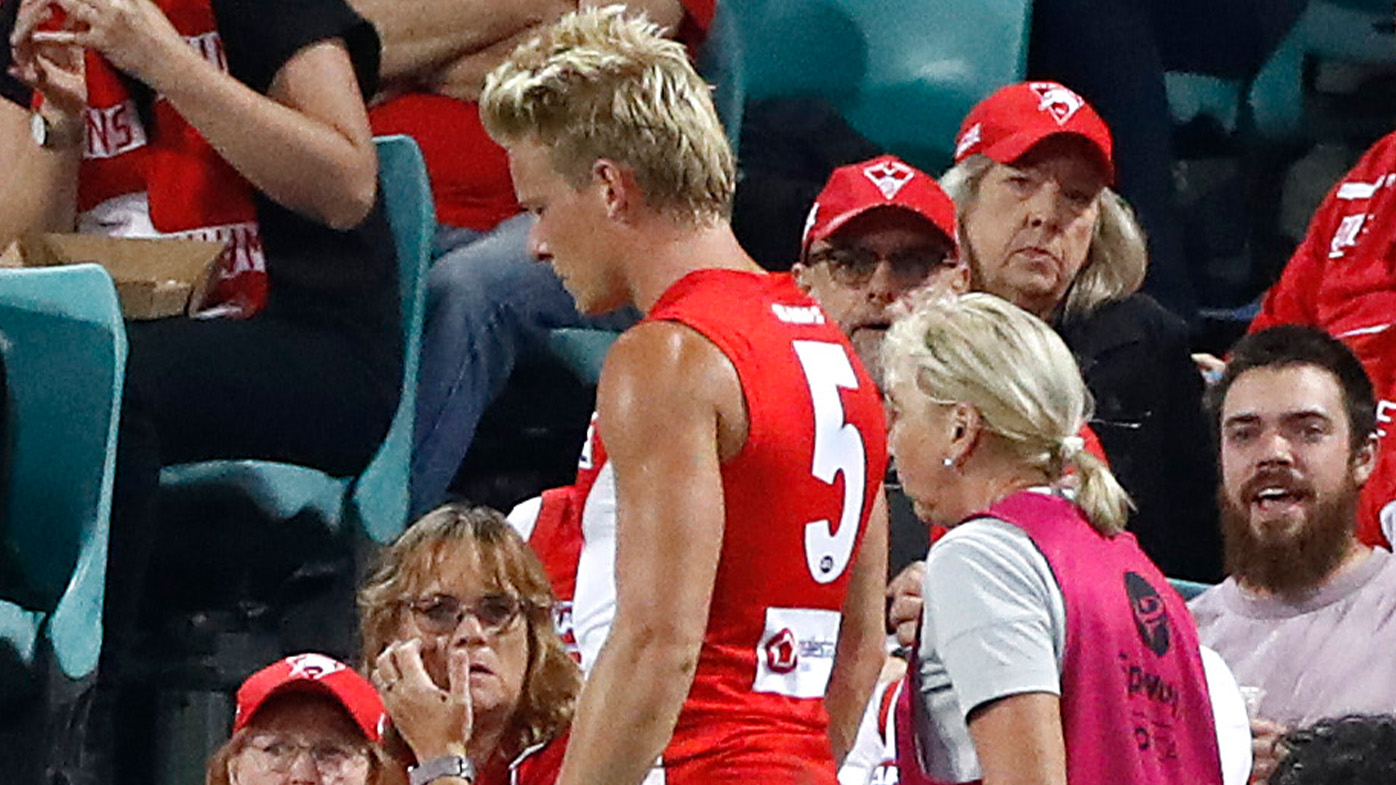 “He’s one of our best preparers, he’s worked so hard to come back from his ankle and he’s got a crack in his hand.

“He’s three weeks, four weeks, I guess, depending on what happens.

“I’m not sure what the official diagnosis is, but … Isaac … is a really positive person, so he’ll get over the disappointment tonight and get to work and get himself right.

“He’s been in great form for us this year and a really important forward threat.”

But Longmire is spoilt for options as he considers Heeney’s replacement, with James Bell (Heeney’s medical substitute), Hayden McLean, Will Hayward and Dylan Stephens among the many waiting for a run.

In positive news on the injury front, superstar Swan Lance Franklin got through the Bombers clash unscathed and finished with three goals, the third of which notched his 950th career major. 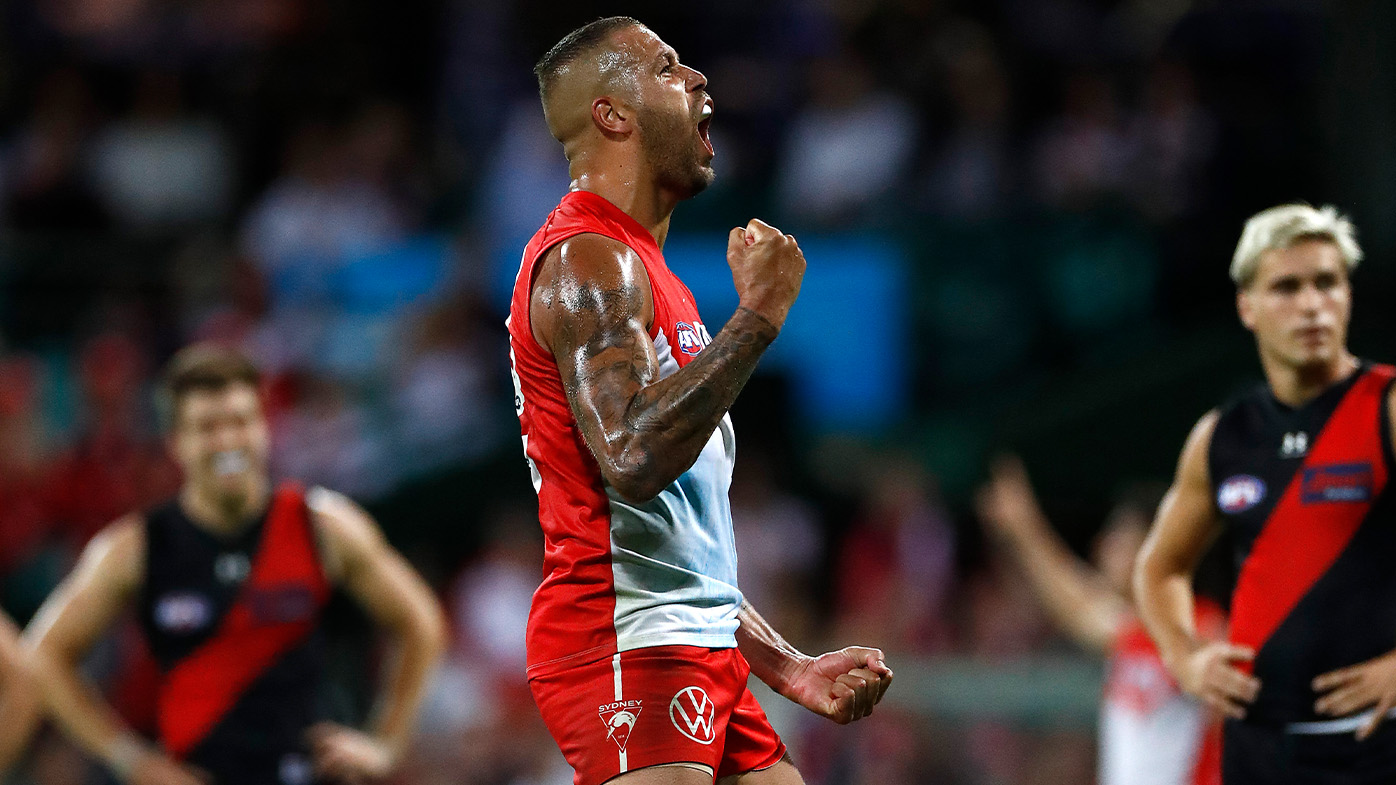 The Swans now sit in first on the ladder and have opened a season with four consecutive wins for the first time since 2012, when they powered on to clinch the club’s fifth premiership in history.

Sydney are now set to face cross-city rivals GWS at the SCG next Saturday, while Essendon await a clash with Brisbane at The Gabba on the same day.