Skipper Adam Reynolds has inspired South Sydney to a comfortable win over the Broncos, slotting a stunning two-point field goal.

South Sydney skipper Adam Reynolds has shown the club what they could just be missing out on, as he inspired the Rabbitohs to a comfortable 35-6 win over the Broncos at ANZ Stadium.

Reynolds’ contract stand-off with South Sydney is threatening to see the halfback walk to a rival team, but watching him on Thursday you’d be hard-pressed to sense any trouble in the ranks.

The playmaker finished his night with a try and a bag of assists, but it was perhaps his solo effort when he kicked the first-ever two-point field goal from behind the 40 that had fans in pandemonium. 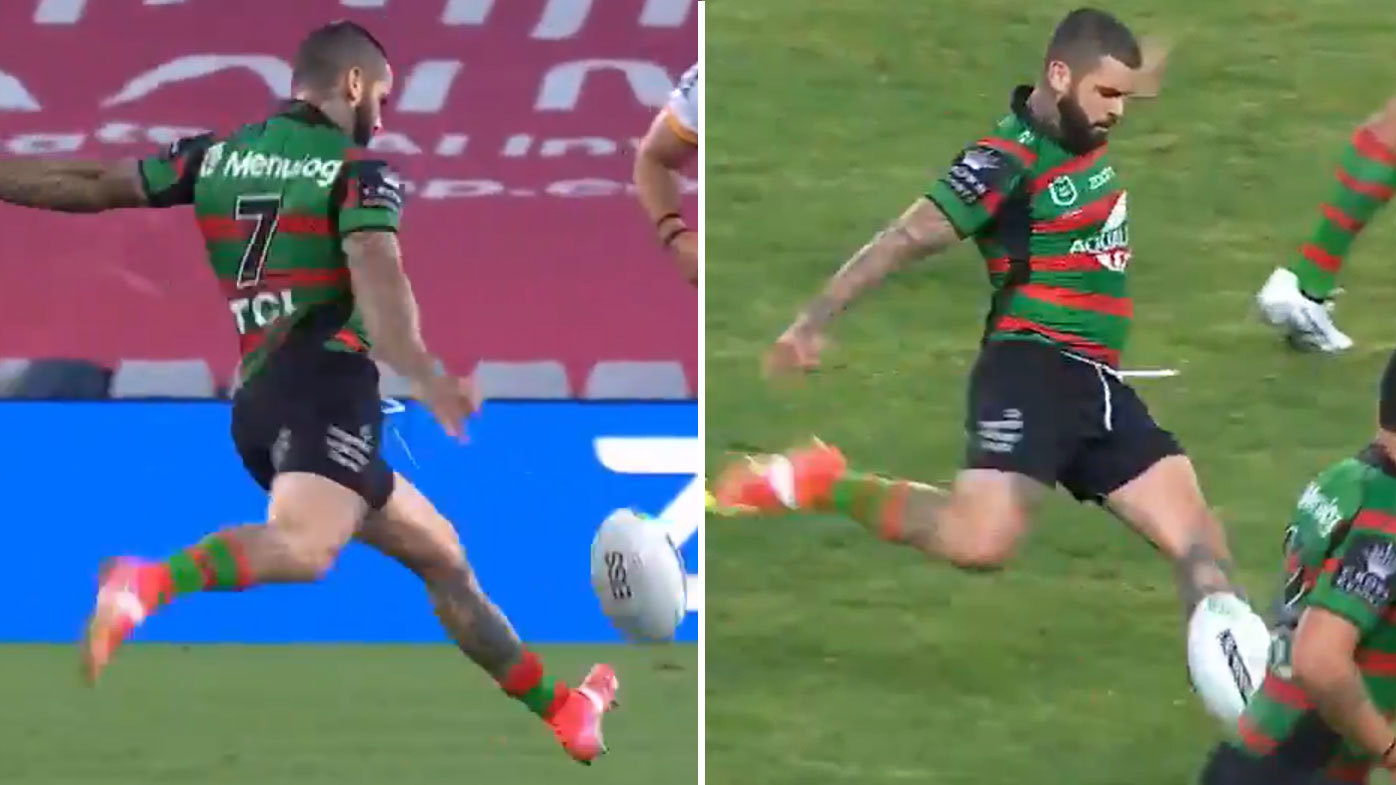 “It was good, I said to Cooky, ‘No matter where we are just give me the ball’,” Reynolds told Nine.

“It’s stuff we’ve been working on at training. It’s a little tactic we use and I’m glad we nailed it.”

Latrell Mitchell enjoyed the spoils of his blossoming fullback career, bagging a couple of tries to his name. While Benji Marshall found himself across for his first four-pointer for South Sydney.

Meanwhile, it’s back to the drawing board for Kevin Walters who will be thanking his lucky stars his troops managed to secure vital points against the Bulldogs a fortnight ago.