Hasler strikes out at report of stunning SOS

Des Hasler has bluntly rejected a report claiming the club is planning to haul in a premiership coach to help him clean up Manly’s mess.

Under-fire Manly coach Des Hasler has bluntly rejected the club is planning to haul in Paul Green to help him sort out the Sea Eagles’ mess.

A News Corp report emerged this week claiming Manly’s board had raised the idea with Hasler in the wake of the last-placed Sea Eagles’ fourth consecutive loss to start the season.

But Hasler today rubbished that report when prompted in a press conference.

“I’ll say it once: there are no plans and there is no discussion about bringing anyone in,” Hasler said.

“They’re probably trying to find answers like we all are, but as I said, no plans, no discussion – end of story.

“It’s probably just their way of trying to help … But as I said, there is no way forward on that.” 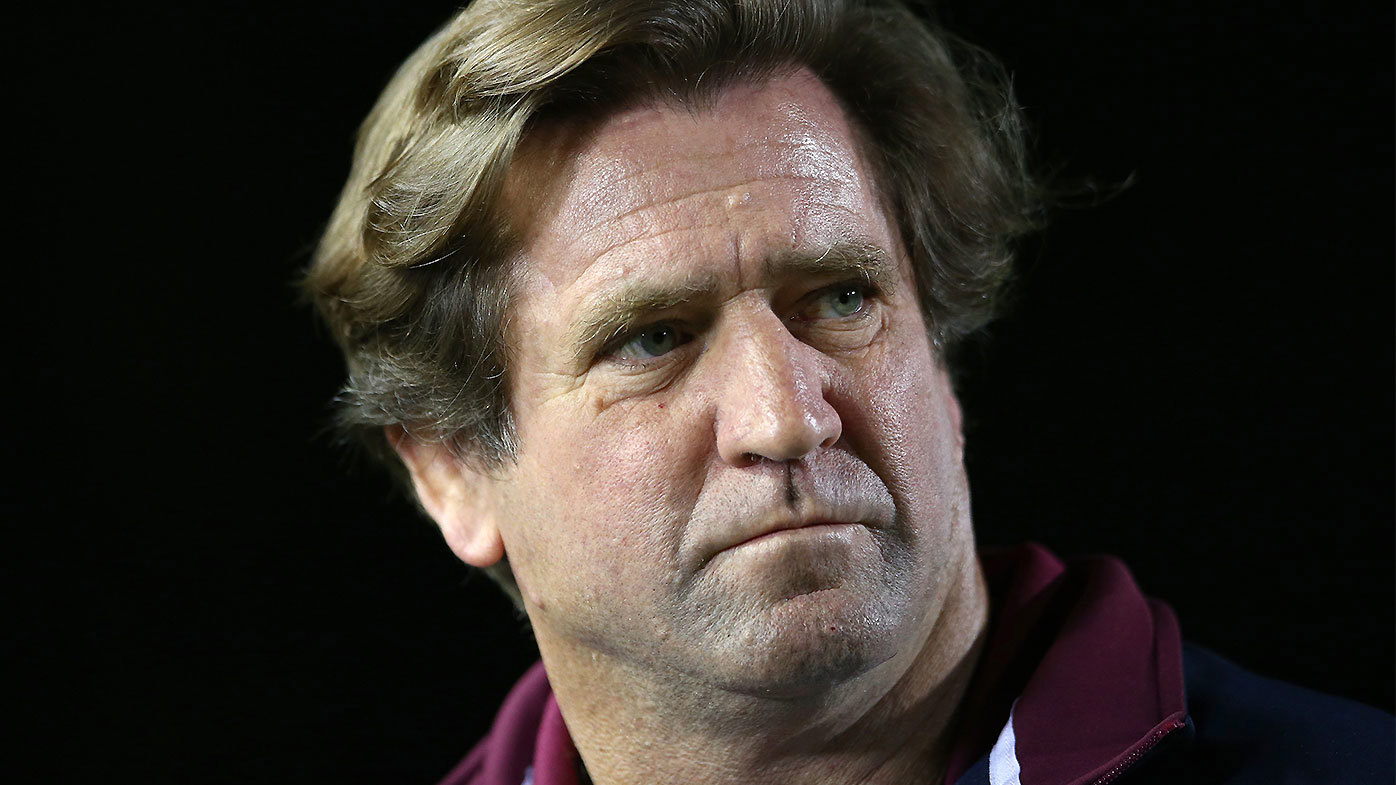 Green coached the Cowboys on 167 occasions in the years spanning 2014-2020 and led the club to its first-ever premiership in 2015.

The 48-year-old is now the coach of Queensland, having taken over the State of Origin reins from mastermind Wayne Bennett after the Maroons’ underdog 2020 series victory.

The Sea Eagles opened their 2021 campaign with a 46-4 thrashing at the hands of the Roosters, before falling 26-12 to the Rabbitohs in round two.

Hasler’s men were then steamrolled 38-12 by the Dragons in round three, before crashing to their biggest-ever defeat at Brookvale Oval in a 46-6 loss to the Panthers last Thursday.

Manly are one of just three clubs yet to win a game in season 2021, along with North Queensland and Canterbury.

The Sea Eagles will go in search of their first victory in a clash with the Warriors at Central Coast Stadium tomorrow night.