Andrew Johns’ top lip used to quiver whenever he was around Tommy Raudonikis. Thanks to the Cattledog.

Andrew Johns’ top lip used to quiver whenever he was around Tommy Raudonikis.

Thanks to the Cattledog.

Johns first met Raudonikis, the rugby league icon who just died at age 70, at the start of NSW’s State of Origin camp in 1997. He was every bit the larrikin legend Johns expected, yet he was also more.

“My first impression was, ‘He’s hilarious’, but then after a couple of days, I was like, ‘Well, mate, he’s no dill’. Footy-wise, he knew his stuff and he was always doing crosswords,” Johns told Wide World of Sports.

“It was quite surprising, really. Sometimes over beers you’d have conversations about certain things and he wasn’t a dill … but there was always that old-school fire and brimstone underneath it.” 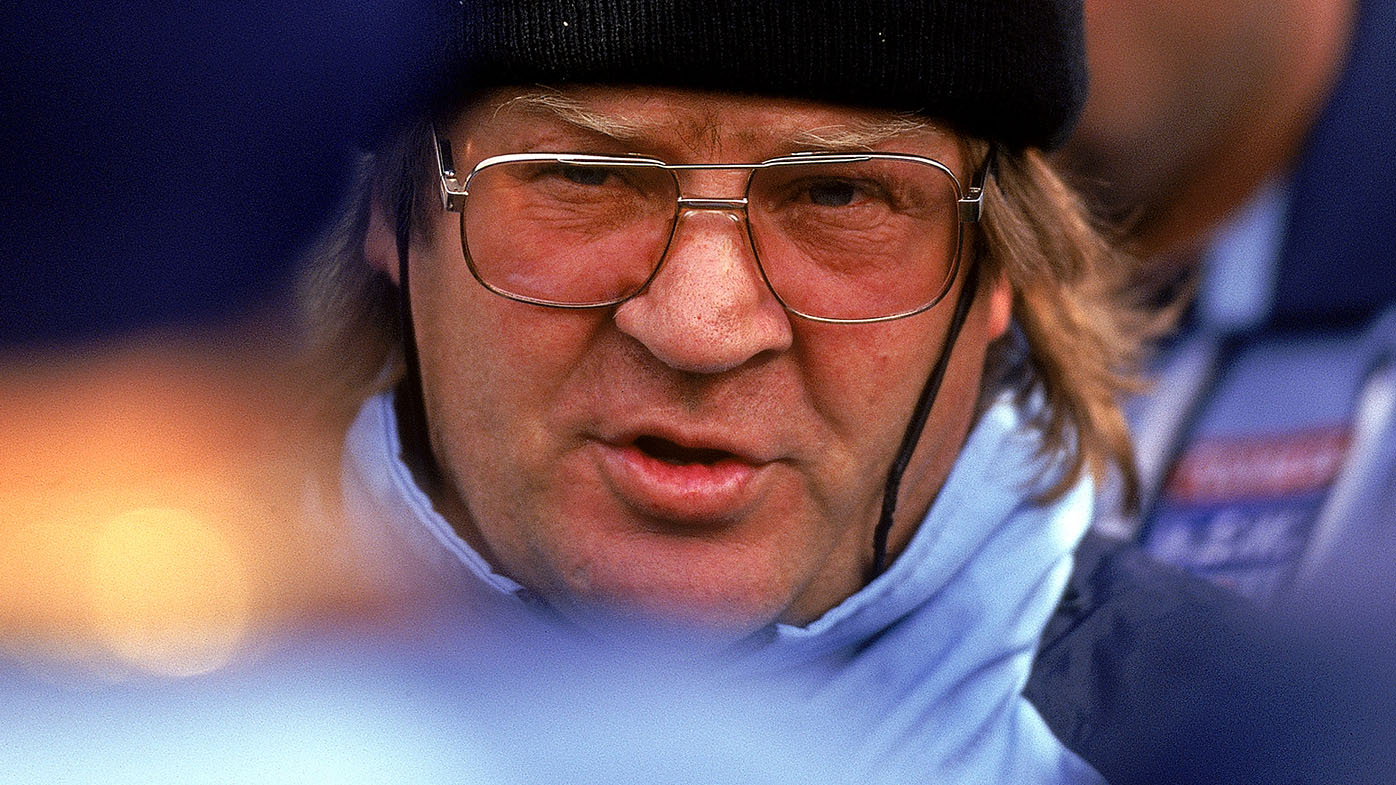 The Blues bonding sessions, unsurprisingly, were epic. The coach, rather than telling his players to go to bed, was best-and-fairest on the pub crawl.

“It was with Tommy and the world was a different place and it was the years before mobile phones,” Johns said.

“It would start at the Coogee Bay Hotel and then it would all sort of go into a bit of a haze. There was always something happening around Tommy.

“He was hilarious. Just funny. He loved the game, he loved the characters in the game. His stories about when they were on tour and things they used to do at Wests … he’d always have a story. He and Arthur were really close, Arthur Beetson. He was a great storyteller.”

Unbeknownst to Johns, he was about to carve out an all-time State of Origin story of his own, thanks to Tommy. An unwanted piece of folklore.

Despite the fact that NSW had already won that 1997 Origin series, leading 2-0 heading into the final game at the Sydney Football Stadium, Raudonikis wasn’t satisfied. A man who truly hated Queensland, Tommy wanted a clean sweep that left the Maroons beaten and battered, in more ways than one.

He asked his players to come up with a codeword for putting on a colossal all-in brawl. Jim Dymock came up with ‘Cattledog’.

Tommy lasted a whole eight minutes before he screamed ‘Cattledog’ from the sidelines. A scrum was packing and the stink was on. Mark Carroll licked his lips. Steve Menzies visibly groaned.

Johns had the misfortune of lining up against Jamie Goddard, with the superstar halfback playing out of position at hooker. Their first scuffle was broken up without incident but when Johns went after the Maroons No.9 again … ouch.

As Tommy later told The Footy Show: “He went into the fight, chased Jamie Goddard and Jamie Goddard turned around and went BANG … put Joey Johns straight on to his arse.” 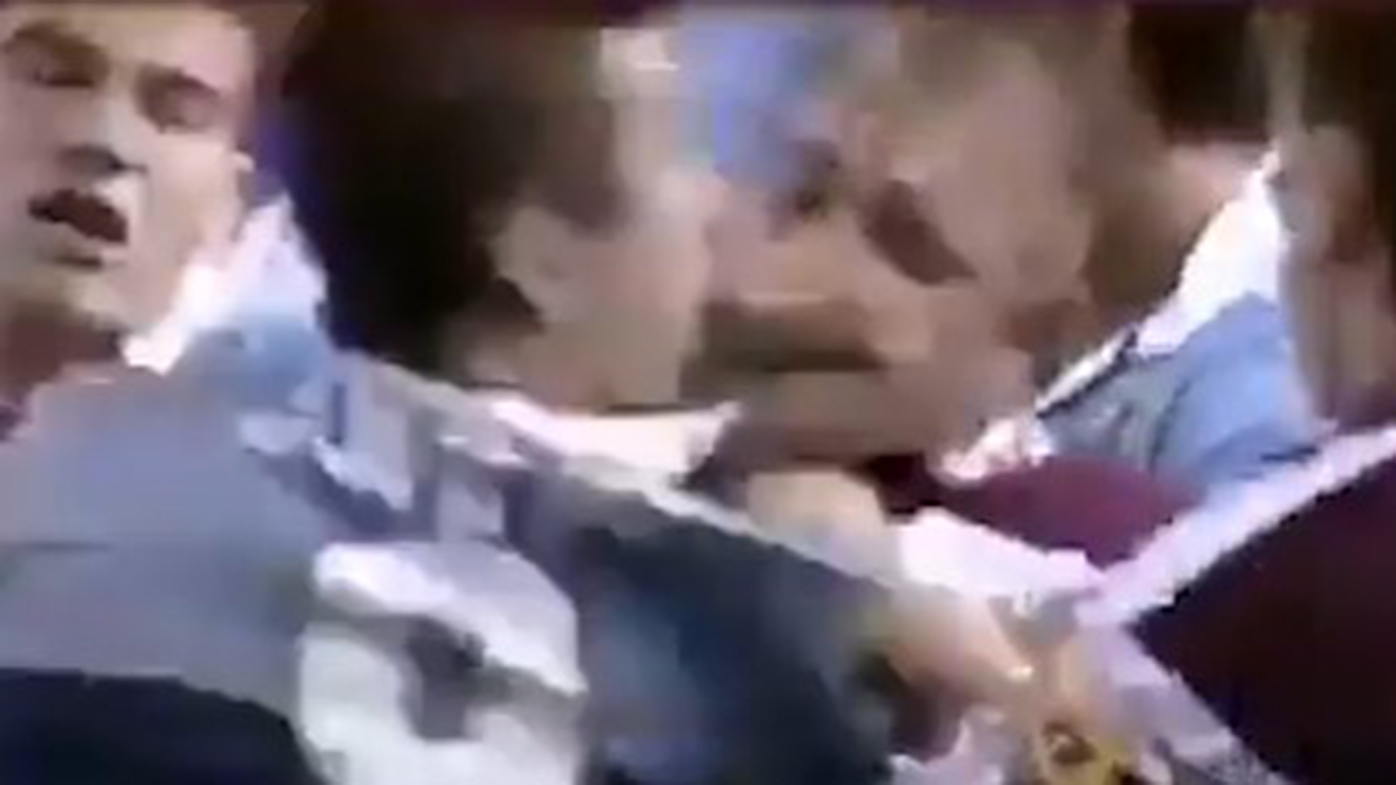 Johns told Wide World of Sports: “The Cattledog happened and then I get fed by Jamie Goddard, well and truly fed.

“And then all of a sudden, I smell this … it’s like a smell of Winnie Reds and garlic and Tooheys New all rolled into one and then Tommy’s there just going, ‘You let me down, you weak c—. Get back out there’.

“I’m like, ‘Look at me, mate! I’ve f—ing got all these stitches, I’ve just been punched out and you’re going to say, You let me down you weak c—, get back out there?!’

“But how do you say no to Tommy? I went back out.”

Johns may be an Immortal but no, he has never entirely lived down the Cattledog stink. Tommy made sure of that.

“Every time I used to see him … he never called me Joey. He used to call me Skippy,” Johns said.

“He was the only one who called me Skippy, so I’d be walking through a function or something and I’d hear, ‘Yeah, Skippy! Cattledog! Cattledog!’

“My lip would start quivering, where I had all those stitches.” 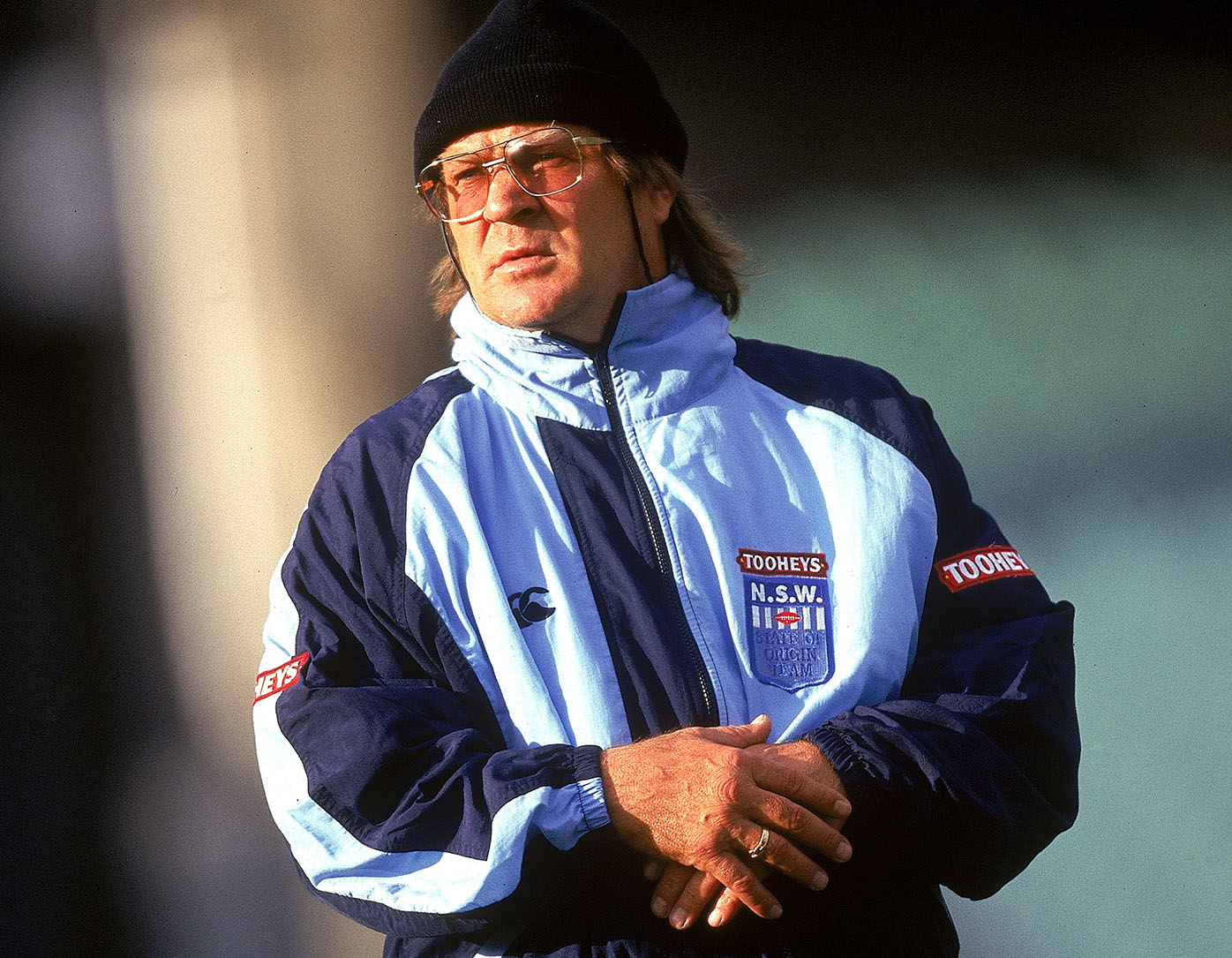 Before he was a colourful coach, Raudonikis was a ferocious player. As a little halfback in the brutal 70s-80s era, he had to be madder and tougher than the rest to make his mark; which he did to the tune of 60 games for Australia. He was also NSW’s inaugural State of Origin captain.

Johns is eternally grateful that he never had to play against Tommy.

“That old story we’ve heard so many times about when they went away on a Kangaroo tour and Steve Mortimer’s the young upstart coming through.

“They put Tommy and Steve Mortimer [rooming] together and Tommy’s the No.1 halfback. He goes up and there’s a double bed and a single bed.

“Steve Mortimer’s got his bags on the double bed, so Tommy just walked in, grabbed them and threw them out the window. Just classic stuff. He was a great player and a great character.

“They broke the mould when they made Tommy and there’ll never be anyone like him again. He was just always fun to be around.”