Cronulla Sharks veteran Aaron Woods has issued a grim warning to the club as the future of coach John Morris remains clouded.

Cronulla Sharks veteran Aaron Woods says the club will struggle to re-sign and lure players if the board doesn’t make a decision soon on the future of coach John Morris.

Morris, who’s off-contract at the end of this year, has led the club to back-to-back finals appearances since taking over from Shane Flanagan at the start of the 2019 season.

The Cronulla coach’s future has been a hot topic as of late, with Morris currently unable to convince CEO Dino Mezzatesta and the board that he’s worthy of a new deal according to Nine’s rugby league reporter Danny Weidler.

And it doesn’t appear a decision will come any time soon, with Cronulla holding out hope on luring Melbourne Storm premiership-winning coach Craig Bellamy after they revealed earlier this year that meetings were “ongoing” between both parties. 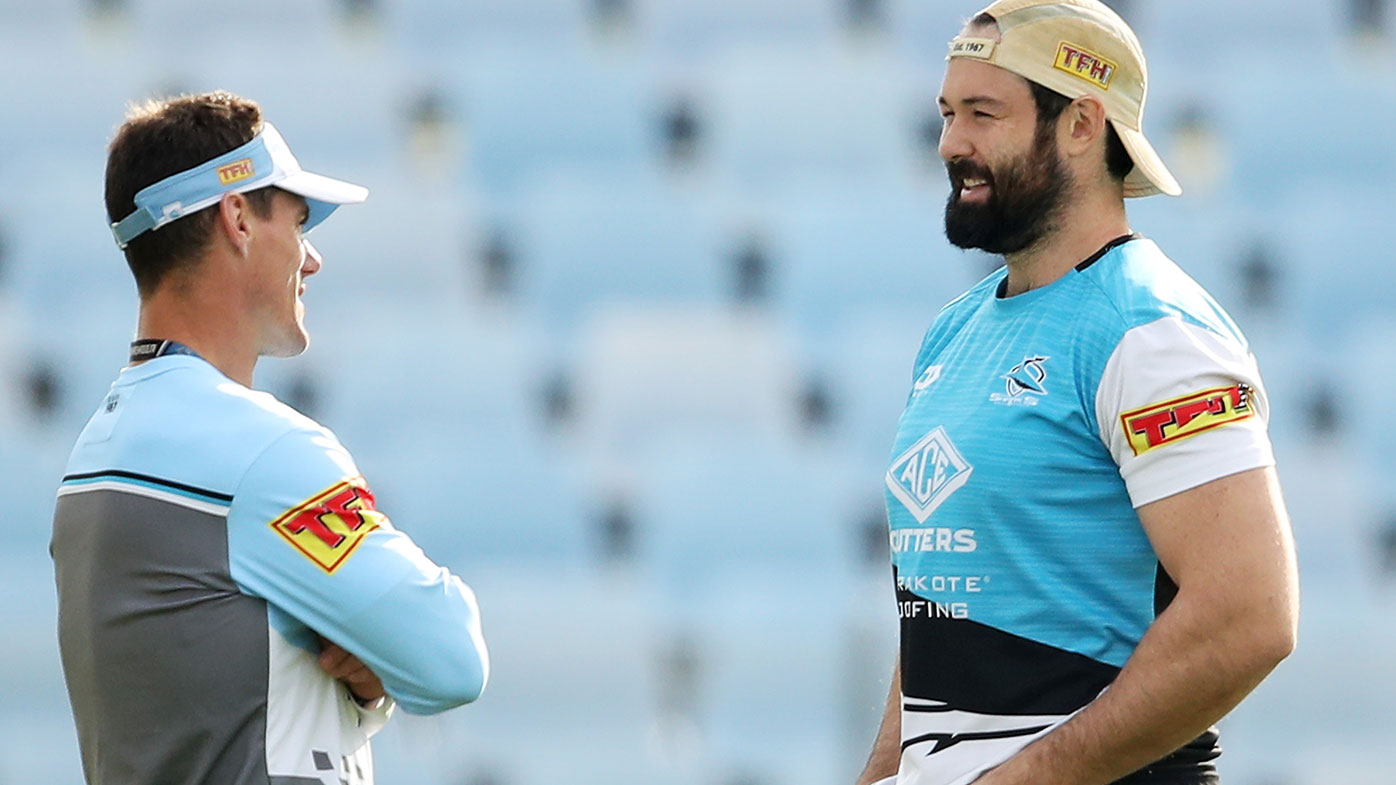 Woods, who famously went through a coaching saga at the Wests Tigers before departing the club, said Cronulla risks retaining and signing players if uncertainty remains over the future of the head coach.

“It’s the hardest thing for him. All the boys are going really well and everyone’s playing for each other.

“Like i said, If you don’t know who your coach is going to be, are players going to come or re-sign?

“They just want to know who’s going to be here. I’m sure if they make a decision to keep him, blokes will stay and we will get players to come. It’s up to the club.”