The rising number of COVID-19 cases in Osaka prefecture has thrown the Olympic torch relay thrown into chaos.

The Tokyo Olympic torch relay will not run through the streets of Osaka prefecture next week because of rising COVID-19 cases.

The move is a setback for Tokyo organizers, who began the relay two weeks ago from northeastern Fukushima prefecture with 10,000 runners planning to crisscross Japan over the course of four months.

In a last-minute change of plans, organizers said in a statement Wednesday that runners and the torch will be involved in some event in an Osaka city park on the days when the relay was to cross the entire prefecture. That was to be April 13-14.

“Given the circumstances, the Osaka prefectural authorities today requested Tokyo 2020 to hold the Osaka segment of the Olympic torch relay in Expo ’70 Commemorative Park rather than on public roads,” Tokyo organizers said in a statement. 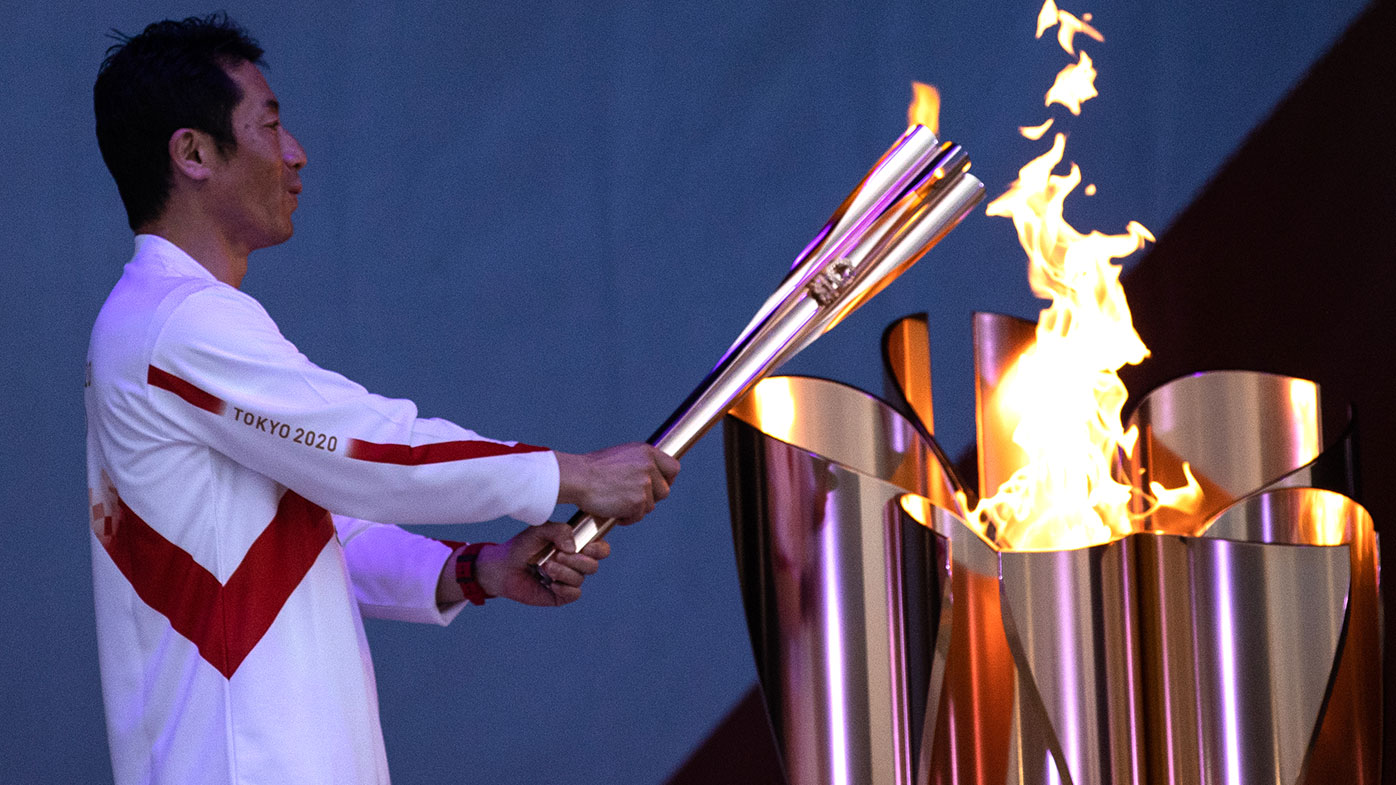 The statement said the Osaka segment would be conducted in the park “for all torchbearers who wish to run there.” It also said “no spectators” would be admitted either day.

The ordeal of keeping the relay on track reminds of the giant problems that are likely when the Olympics and Paralympics take place with a total of 15,400 athletes from more than 200 countries entering Japan. They will be joined by tens of thousands of other officials, judges, media and broadcasters.

Fans from abroad are banned, and it is not yet clear how many local fans will be able to attend Olympic events. Tokyo organizing committee president Seiko Hashimoto promised a decision this month on venue capacity, but hinted last week that the announcement could be delayed.

Ticket sales were to account for $800 million in revenue for the organizers, a large chunk but small compared to the official bill for the Olympics of $15.4 billion, most of which falls on Japanese taxpayers.

“Medical systems (in Osaka) are on the verge of collapse,” Yoshimura said at a news conference, attributing the rapid spike in infections to new variants of the virus. “Obviously it spreads more rapidly and it is more contagious.”

About 70% of hospital beds available in Osaka have already been occupied, officials said.

Osaka reported 719 new cases Tuesday and more than 800 were expected Wednesday, both exceeding totals for Tokyo. But there are also fears the spike will be seen soon in Tokyo.

The vaccine rollout is extremely slow in Japan with very few people expected to be vaccinated when the Olympics begin. Japan has attributed about 9,300 deaths to COVID-19, which is good by world standards but poor by the standards in most Asian countries.