Eddie McGuire has strongly denied he made up claims about Geelong coach Chris Scott’s behaviour in the coach’s box.

Eddie McGuire has denied making up accusations that the AFL and the umpiring fraternity had a problem with Chris Scott’s demonstrative nature in the coach’s box after the Geelong coach rubbished his claims.

Scott was given a $10,000 suspended sanction for his role in a heated quarter-time exchange with Brisbane Lions players during a round two clash.

Following the fine, the Geelong coach on Monday responded to suggestions made by McGuire, who said the AFL and its umpires were “not happy with the constant theatrics” and “constant demonstrative attack on the umpires” during games.

Scott said McGuire “just made that part up”, while strongly denying the game would pass on any information to the former Collingwood president before informing him first.

McGuire on Wednesday said he understood why Scott was sceptical of his comments, but said both parties simply had different connections within the AFL’s head office.

“He hears from Steve Hocking, who’s a very close friend to him, they work together. But that’s at that area.

“I speak to other [senior AFL] people, and my phone was going off [when he said that], I didn’t go soliciting.

“Let’s not forget, those great friends of his still gave him a $10,000 suspended fine.

“My point is, there’s no battle going on. I’ve got a lot of respect for him.” 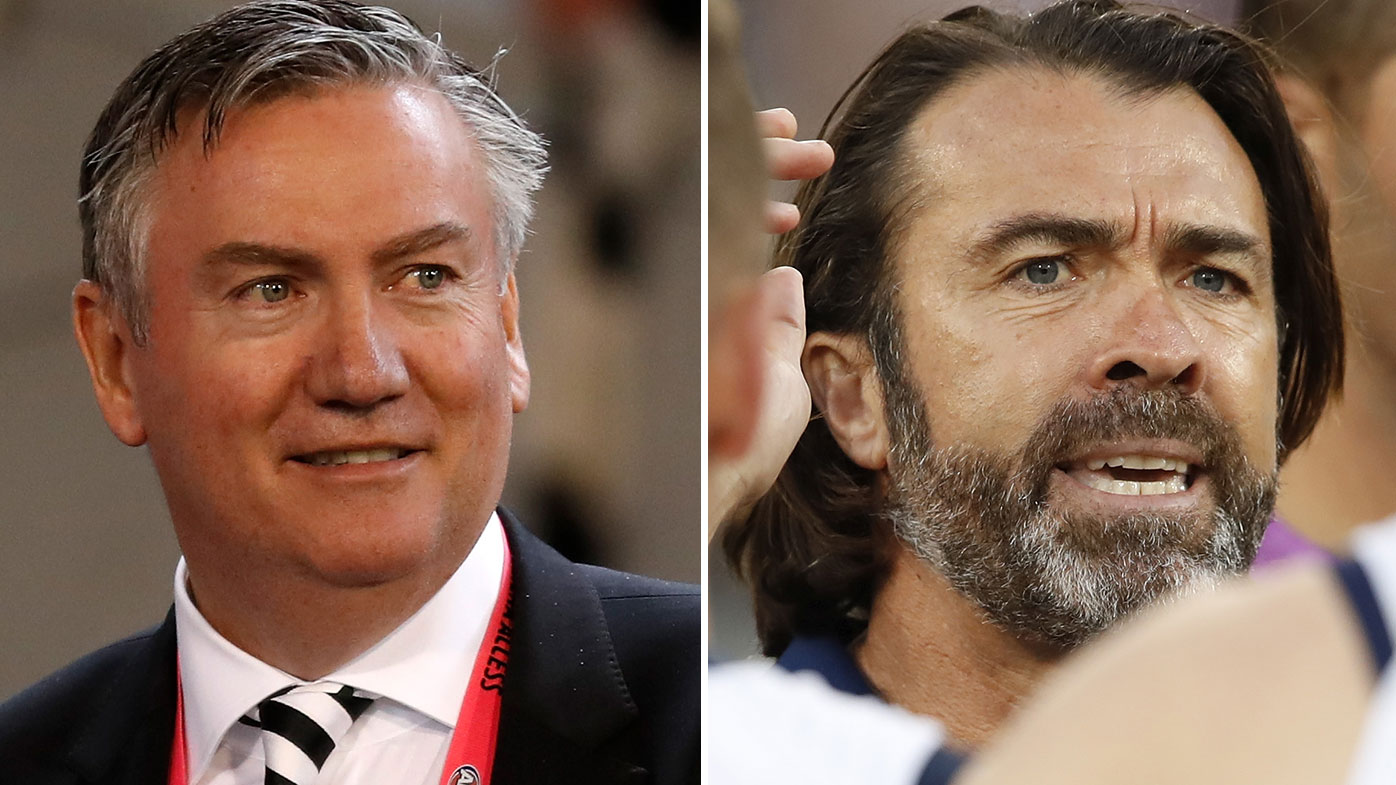 When Scott spoke on Monday, he also opened up on the challenges of being a coach, which he claimed at times is “not a very good job”.

McGuire admitted he felt sorry for the Geelong coach, who has often had his position criticised despite regularly leading the Cats to finals football each year.

“I feel for him sometimes at Geelong,” McGuire said.

“If they win, it’s Dangerfield and Selwood and everyone else. If they lose, it’s the coach.

“He took over a club that was just about shot when Collingwood fixed them up in the 2010 preliminary final. Next year, [they] beat Collingwood three times and won the flag.

“Not only that but by getting to the finals all these years. You don’t win them all because they’re hard to win.

“He has helped Geelong set up the redevelopment down there, the membership, everything.

“I think sometimes he feels if he was handing out gold bars, people would complain it’s too heavy. I think he was very brave to come on to the show and articulate what he had to say.”