Ebanie Bridges rocked up to the weigh in for her world title fight in lingerie. It’s fair to say her opponent was not impressed.

Former ring girl turned Australian boxer Ebanie Bridges has been accused of disrespecting the sport of boxing for rocking up to the weigh in for her world title fight against Shannon Courtenay in lingerie.

After just five fights, Bridges, who has two degrees and works as a maths teacher, is challenging Courtenay for the WBA world female bantamweight title on the undercard of Conor Benn’s fight against Samuel Vargas in London on Sunday (AEST).

The 34-year-old has come under fire for generating interest with raunchy images on social media and Courtenay was less than impressed with Bridges’ attire for the pre-fight formalities. 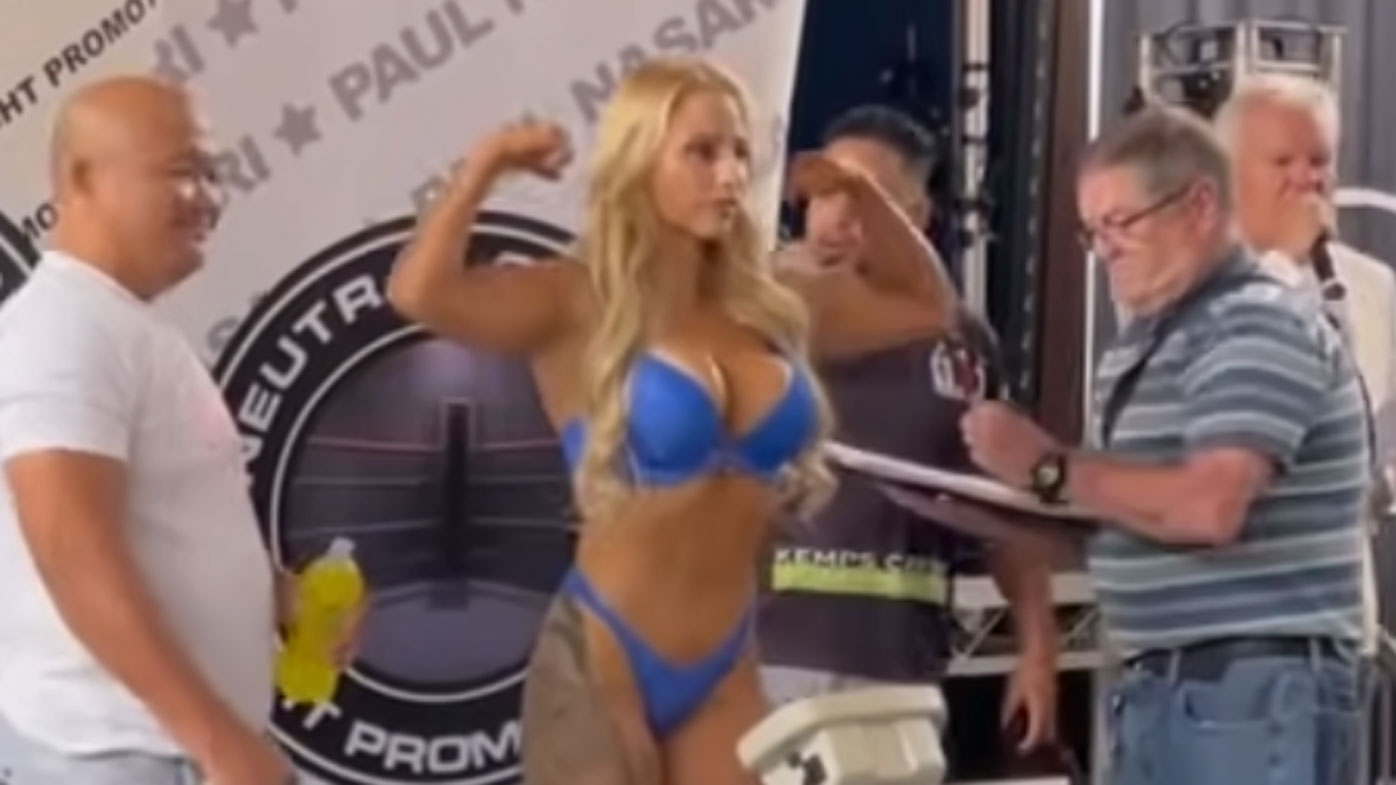 “I’m a fighter, not a lingerie model,” Courtenay said, in a video released by promoter Matchroom Boxing.

“This is a world title fight. Have some respect for the game. You’ve got people like (lightweight world champion) Katie Taylor who has worked her arse off for years to allow women like me to be in this position — through hard work and dedication she’s managed to get women’s boxing where it is — and you want to disrespect it and degrade the sport by talking about your weigh-in outfit and lingerie? Have some respect and some decorum for boxing.”

After seeing vision of Courtenay accusing her of disrespecting the sport, Bridges took to social media to hit back by posting images of her opponent posing in low cut or short outfits.

“Maybe not lingerie but I wonder what sexy look she was going for in these posts??” Bridges wrote. “And 70% of her pouty posts low cut tops on insta with lame captions pretending she ain’t trying to be hot lol stop being a hypocrite.”

Bridges said the way she chooses to market herself brings more attention to the sport and the fight itself.

“Let’s be real. If I wore what everyone else wore, people wouldn’t be interested. I’d just be another fight. Whatever,” the Blonde Bomber told Sky Sports.

“I’m trying to bring more eyes to the sport. You can criticise me as much as you like. But if I looked plain then you wouldn’t even know this fight was happening.

“People will tune in to see if this girl wearing lingerie can actually fight, or is she just a model? The thing is; me and Shannon can really fight.”

Bridges said she’s not bothered by what anyone thinks and will continue to promote herself the way she sees fit.

“If people had my body and my confidence then they would do it, but people are too scared of being judged,” she said.

“As a bodybuilder I stood on stage in a bikini flexing my body. I love it. I don’t care what people think.

“Doing weigh-ins is showing off my hard work. It’s something I enjoy. I make it a thing where my fans can interact with me. This is an entertainment business.

“This is something different that others aren’t doing. Why do I need to be the same as everyone else?

“Everyone wears underwear at weigh-ins. Do you want me to wear a paper bag?”