The Cowboys have tried to recruit Broncos halfback Tom Dearden immediately by having a third-party contact his manager about a release, a new report says.

Dearden met with North Queensland officials before the season and moves to get him have escalated, according to The Courier Mail.

The Cowboys reached out in the wake of a Newcastle request that Jake Clifford be released early, having signed with the Knights for 2022 onwards, due to a serious injury to their halfback Mitchell Pearce.

The Cowboys are facing the potential medical retirement of Michael Morgan, giving them even greater reason not to release Clifford unless Dearden can be added to their roster. Yet the Broncos insist that won’t be happening. 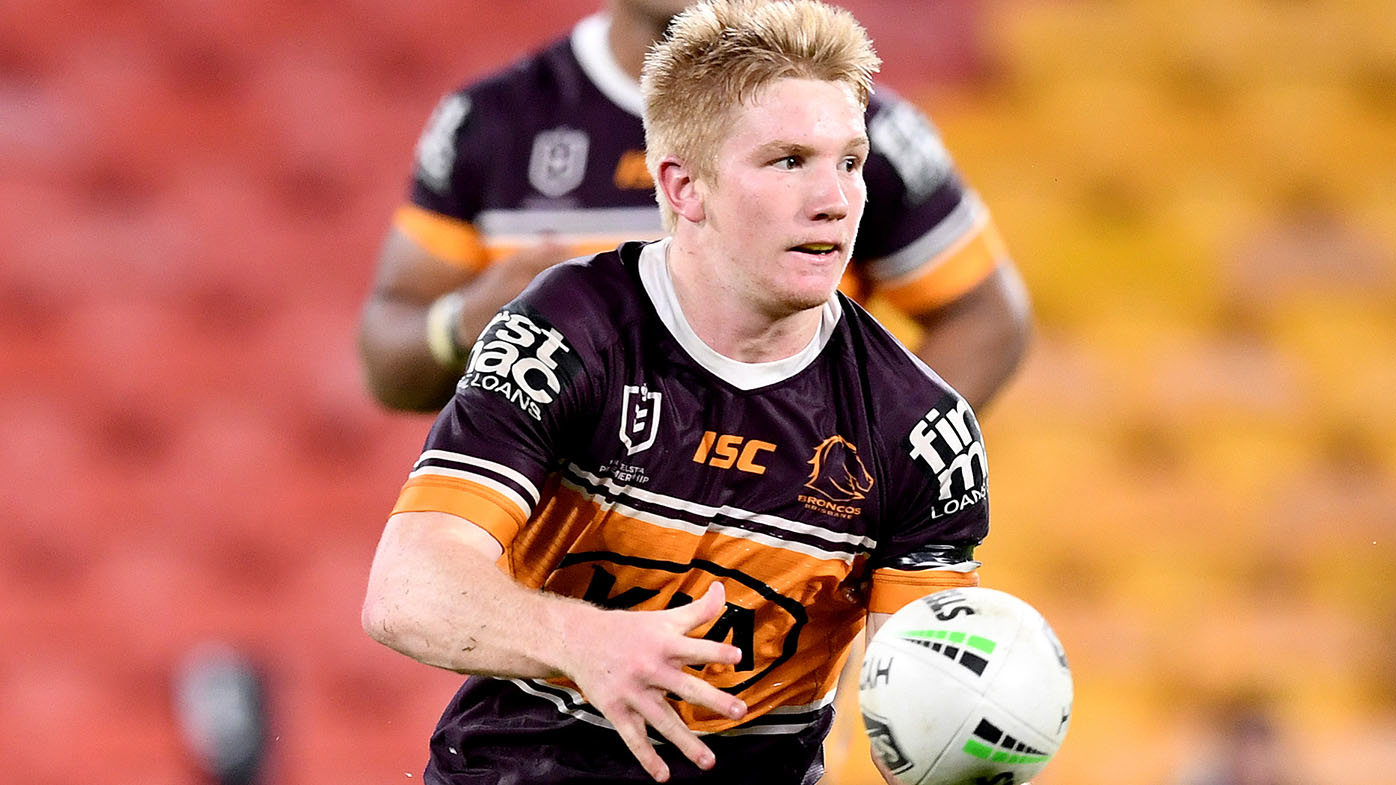 “Tom is under contract to us this year so we won’t be releasing him,” Brisbane coach Kevin Walters said, per The Courier Mail.

“Even if Tom did want to leave, which I’m confident is not the case, the fact is he is contracted to us so that (releasing him to the Cowboys) won’t be happening.”

Walters said that the Broncos were being careful with Dearden’s integration into the NRL, given the team’s current struggles.