Marnus Labuschagne has struck a Sheffield Shield century, the day after being awarded a somewhat dubious catch.

Test star Marnus Labuschagne has struck a Sheffield Shield century for Queensland against NSW – the day after confounding viewers with a dubious catch.

Labuschagne made 112 runs from 212 balls before being dismissed by Trent Copeland on Monday at Wollongong, with the Bulls making a good fist of chasing NSW’s first-innings total of 381.

The previous day, Labuschagne ended the Blues’ innings with a catch at cover off a horribly miscued swipe from Baxter Holt, off the bowling of Mitchell Swepson.

Labuschagne caught the ball but was off balance and released it out the back of his hand while still running awkwardly. 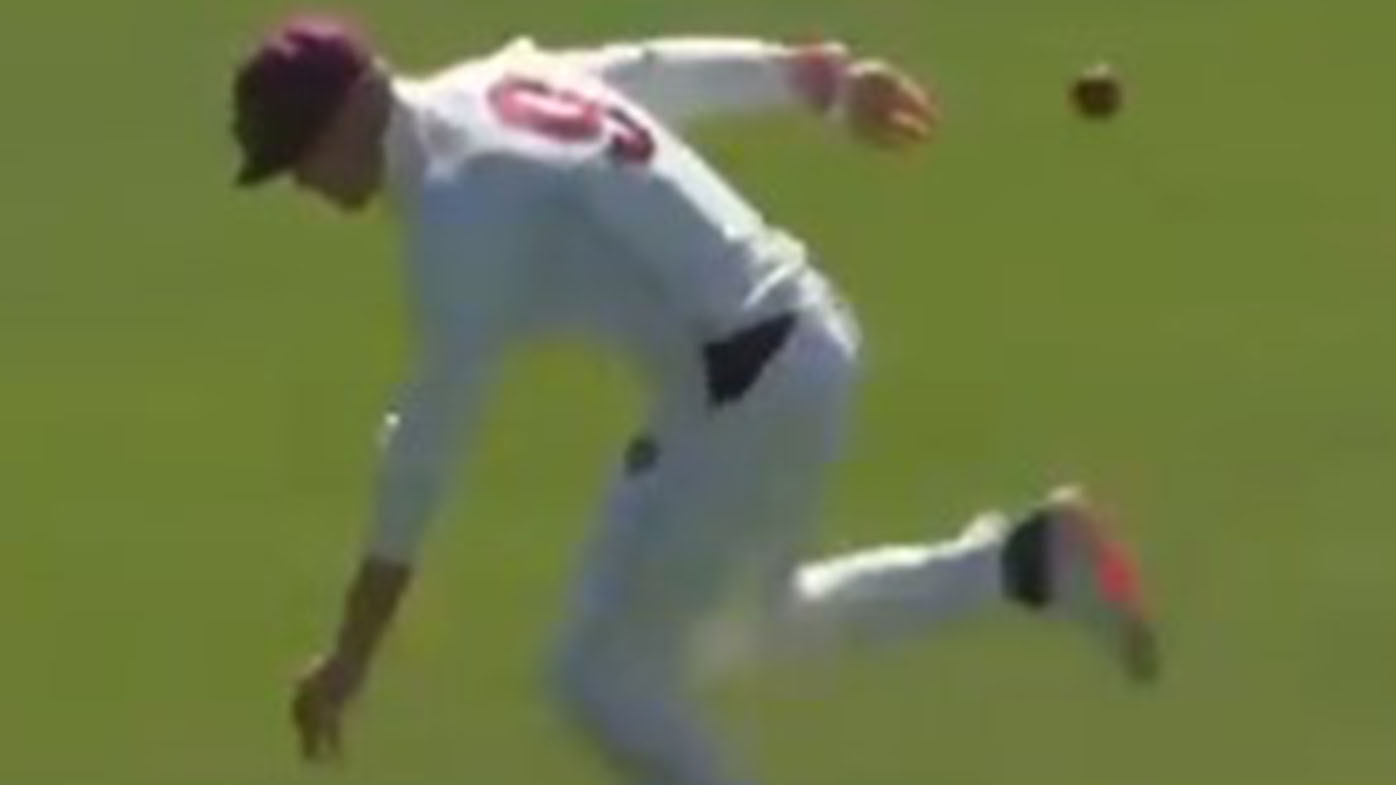 Holt was deemed out but it was debatable whether the catch satisfied the letter of the relevant cricket law, which plenty looked up after seeing the incident.

Per Law 33.33: “The act of making a catch … shall end when a fielder obtains complete control over both the ball and his/her own movement.”

Seasoned cricket watchers were split on the decision. One made the following pertinent comment, referring to Herschelle Gibbs’ infamous ‘dropped the World Cup’ moment off Steve Waugh in the 1999 ICC tournament.