Sam Walker is “just getting started”, having played within himself during an solid NRL debut, Trent Robinson says.

Boom playmaker Sam Walker is “just getting started”, having played within himself during an impressive NRL debut, Roosters coach Trent Robinson says.

Walker notched his first try assist and looked at home in a Sunday victory over the Warriors, having replaced champion half Luke Keary after an ACL injury.

The teenage halfback has been rated a future superstar but made a point of doing the fundamentals right in his maiden first grade appearance.

“A lot of people that have watched him know there’s a lot of spectacular stuff,” Robinson said.

“But he actually decided to put that on hold while he built some good defence … he kicked the ball and supported really well, so it was a really good foundation game for him.” 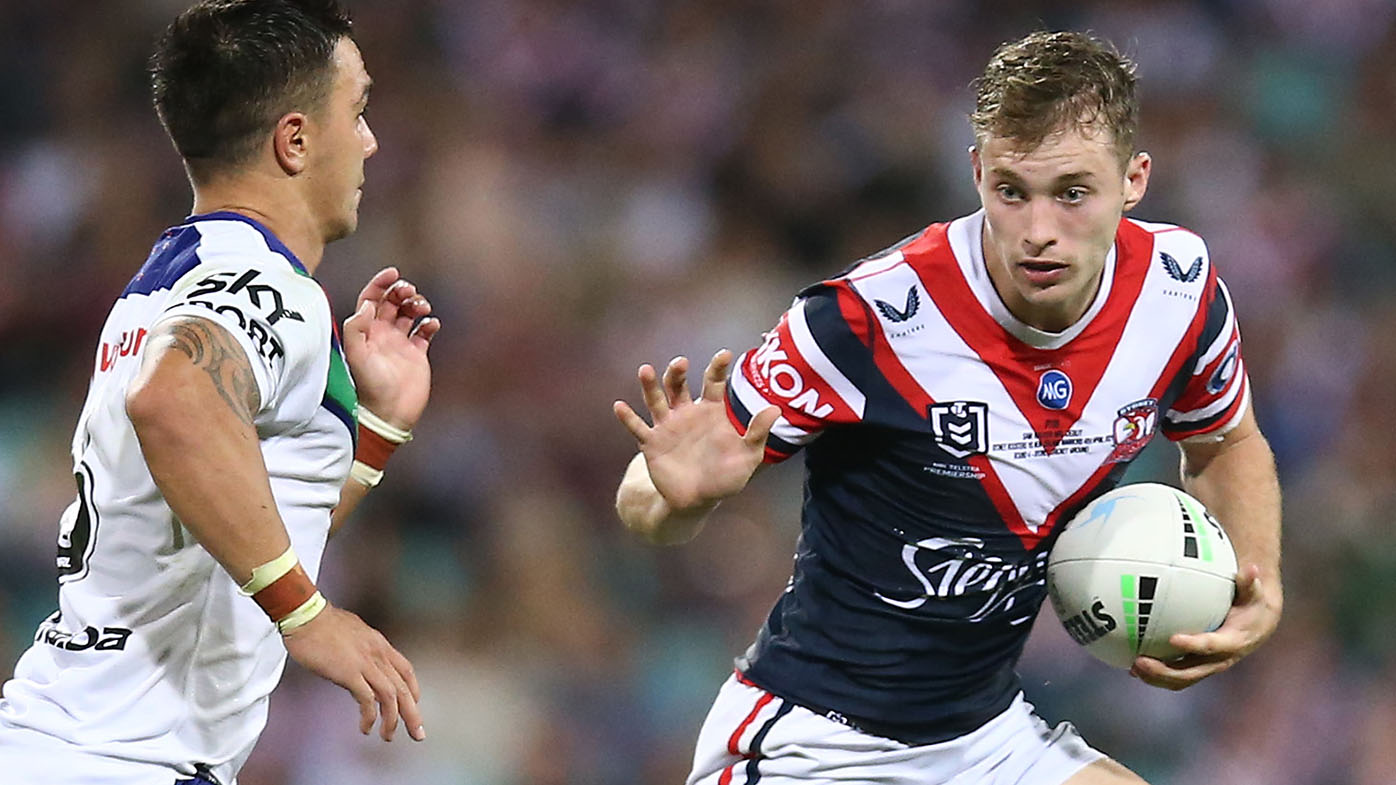 Robinson was pleased with Walker’s composure, both pre-game and amongst the action. He put Nat Butcher over for a try when the Roosters were trailing 12-4, holding up the ball until a hole appeared and ultimately sparking his side towards a 32-12 win.

“You see very different debut guys, and he was very calm, especially for the role he plays,” Robinson said.

“That’s the bit I really enjoyed that he played that way tonight, rather than trying to put everything into one game. He said, ‘I’m going to start with how the team needs and then I’ll build again next week’.

“There’s a lot of footy in the kid … we are just getting started.”

With Lachlan Lam also out injured, Walker partnered fellow back-up half Drew Hutchison for his debut. Hutchison scored a try, while Walker found the scoresheet on debut by stepping up to kick a 60th minute conversion.