Sam Kerr’s outrageous hot streak has continued with a first half hat-trick for Chelsea in a huge boost for the Matildas.

The scintillating form of Sam Kerr has continued with a first half hat-trick in her latest outing for Chelsea as the hype around her ‘best striker in the world’ case grows.

Kerr will lead the Matildas in their first match in more than 12 months when they face Germany in the early hours of Sunday morning (AEST) and she’ll do so in arguably career-best form, sitting atop the goalscorers chart in England’s FA Women’s Super League with 17 for the season.

She has 23 goals in all competitions after scoring in Chelsea’s midweek Champions Cup victory over Wolfsburg. 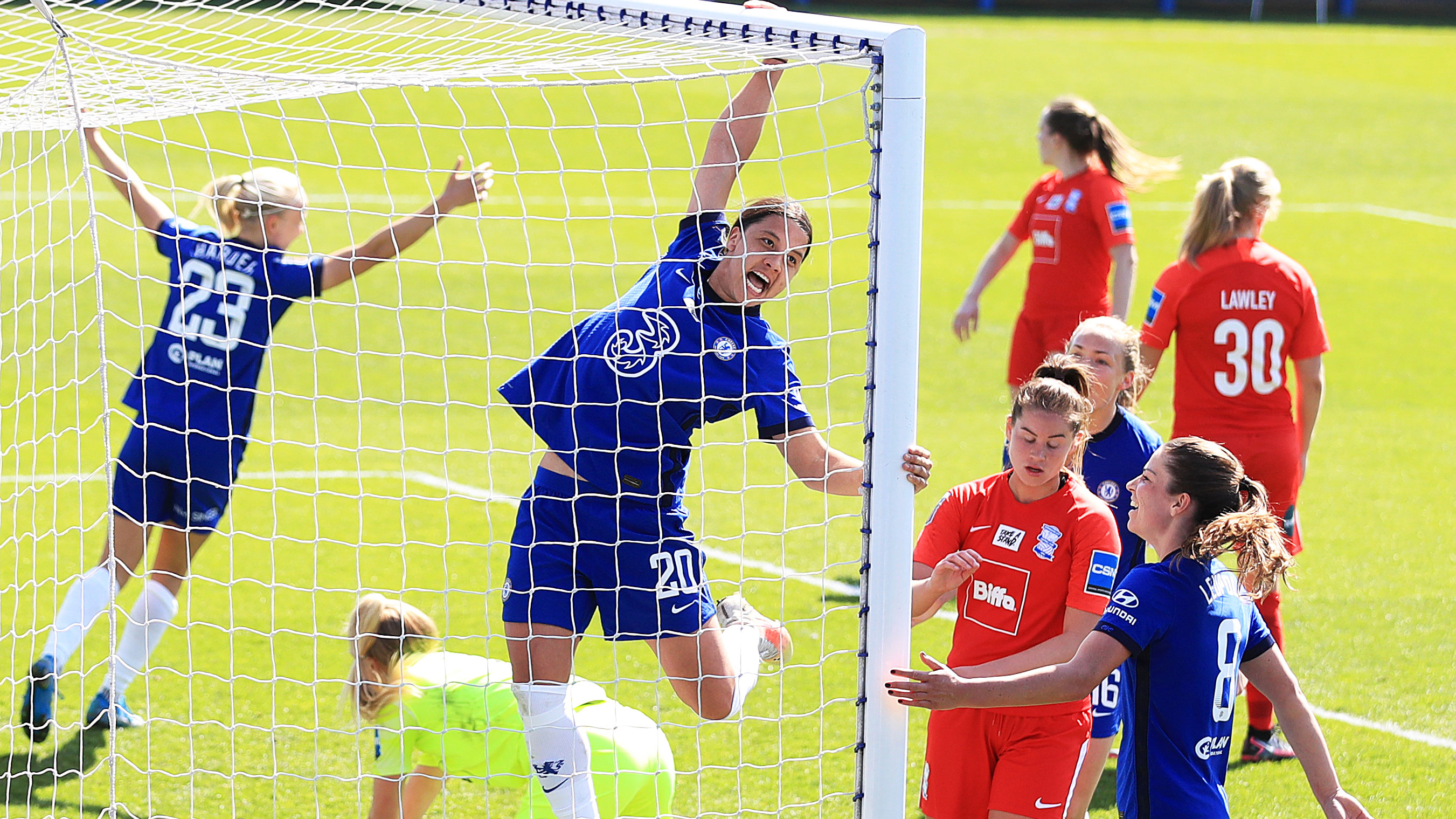 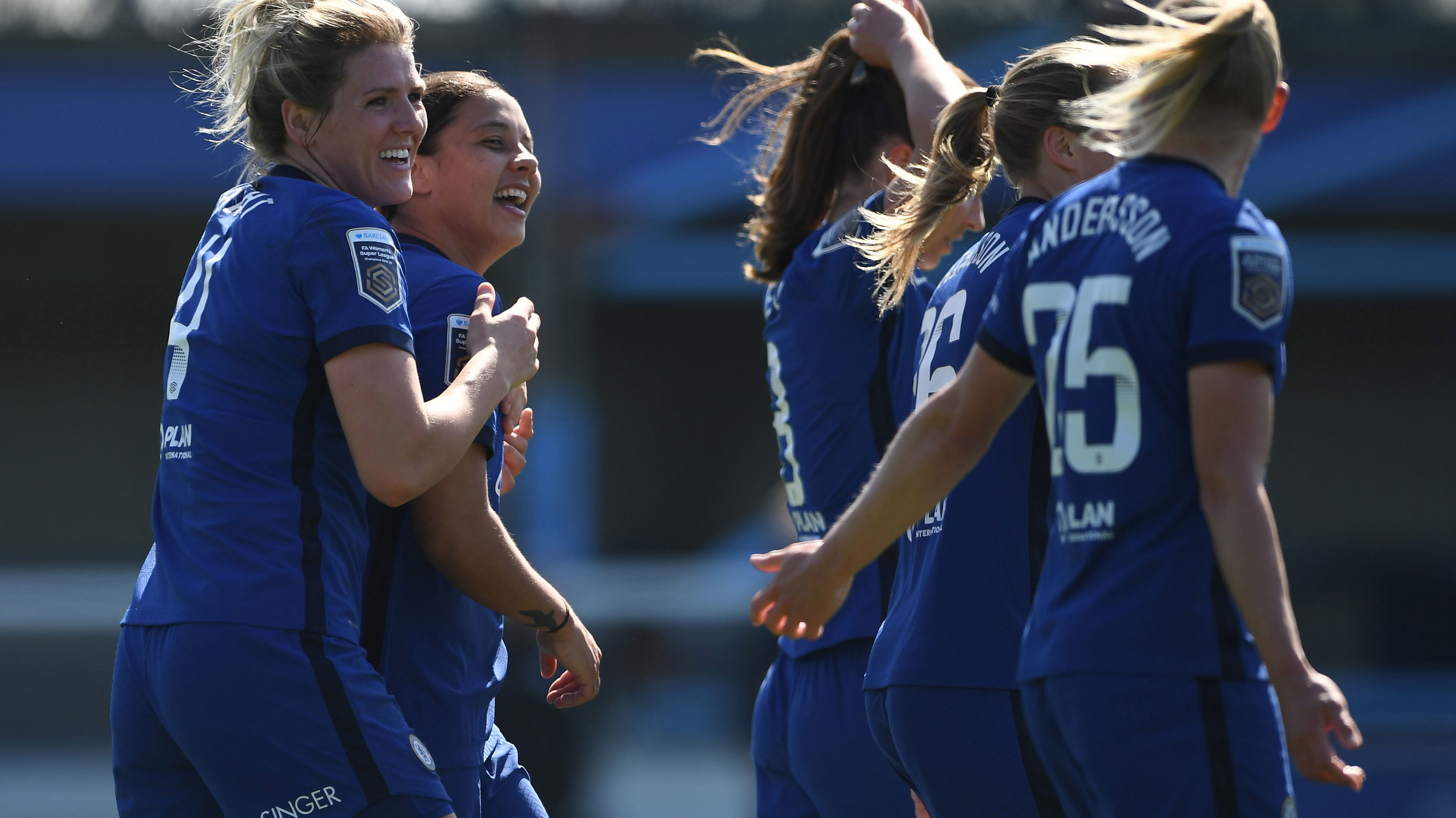 Kerr’s hot streak has Chelsea in a great position to challenge for trophies in both competitions, with the club sitting top of the Super League in what’s becoming a two-horse race with Manchester City and through to the knock-out stages in Europe after going undefeated in their six matches in Group E.

Increasingly, the Australian megastar is drawing awed praise from pundits and was described as “the best for me” by BT Sport’s Karen Carney, an England legend having been capped 144 times, when asked if Kerr was among the best strikers in the world following her hat-trick in Chelsea’s 6-0 win over Birmingham City.

In her last six matches Kerr has an astonishing 10 goals and two assists, a tally sure to put the world No.2 Germany on edge. 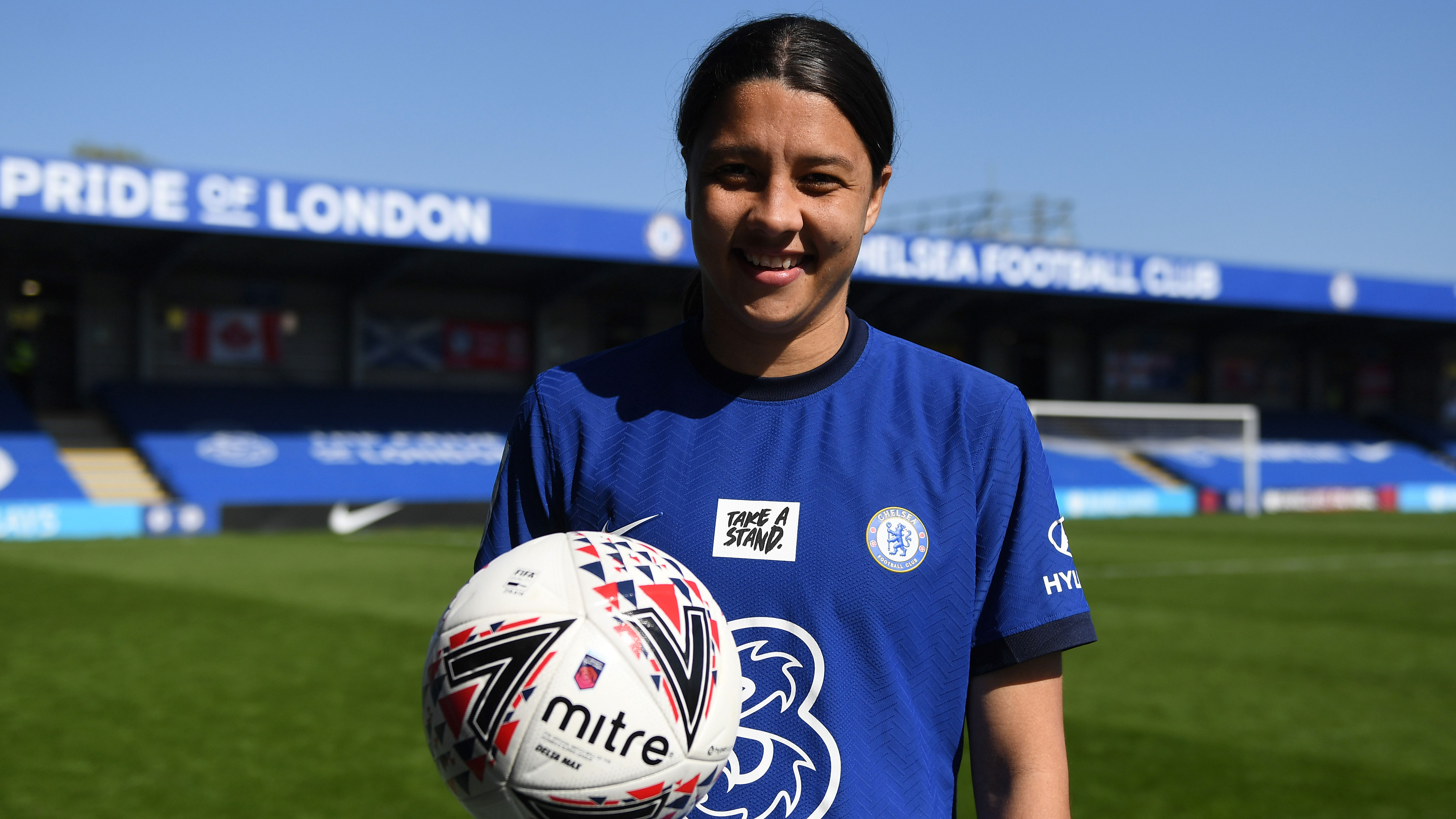 “Sam Kerr’s goals came at the right moments,” she said.

“The confidence and intelligence from her is growing each week and she was thoroughly deserving of a hat-trick.”

As well as Sunday morning’s match against Germany, the Matildas will also play world No.4 the Netherlands on Wednesday morning (AEST) in a testing international window.

Kerr will captain the side that has been selected from Australia’s European-based contingent, with the W-League players not considered for selection due to the travel restrictions still in place due to the coronavirus pandemic.