Newcastle Knights coach Adam O’Brien has made a shock admission ahead of his clash side’s clash with the Titans.

Newcastle Knights coach Adam O’Brien says he will struggle to name a 21-man squad on Tuesday following a mounting injury list, which only got worse during his side’s 22-13 loss to the Dragons.

Making matters worse for the Newcastle coach, star halfback Mitchell Pearce could be set for an extended period on the sidelines after suffering a pectoral injury, while Tex Hoy (hamstring) and Kurt Mann (concussion) also went down. The club also lost young gun centre Dominic Young earlier, who was playing reserve grade.

Asked how he plans to have a squad ready for Tuesday’s weekly 21-man team announcement, O’Brien conceded it would be a “big hurdle” as his club now prepares for a clash with the Titans on Saturday. 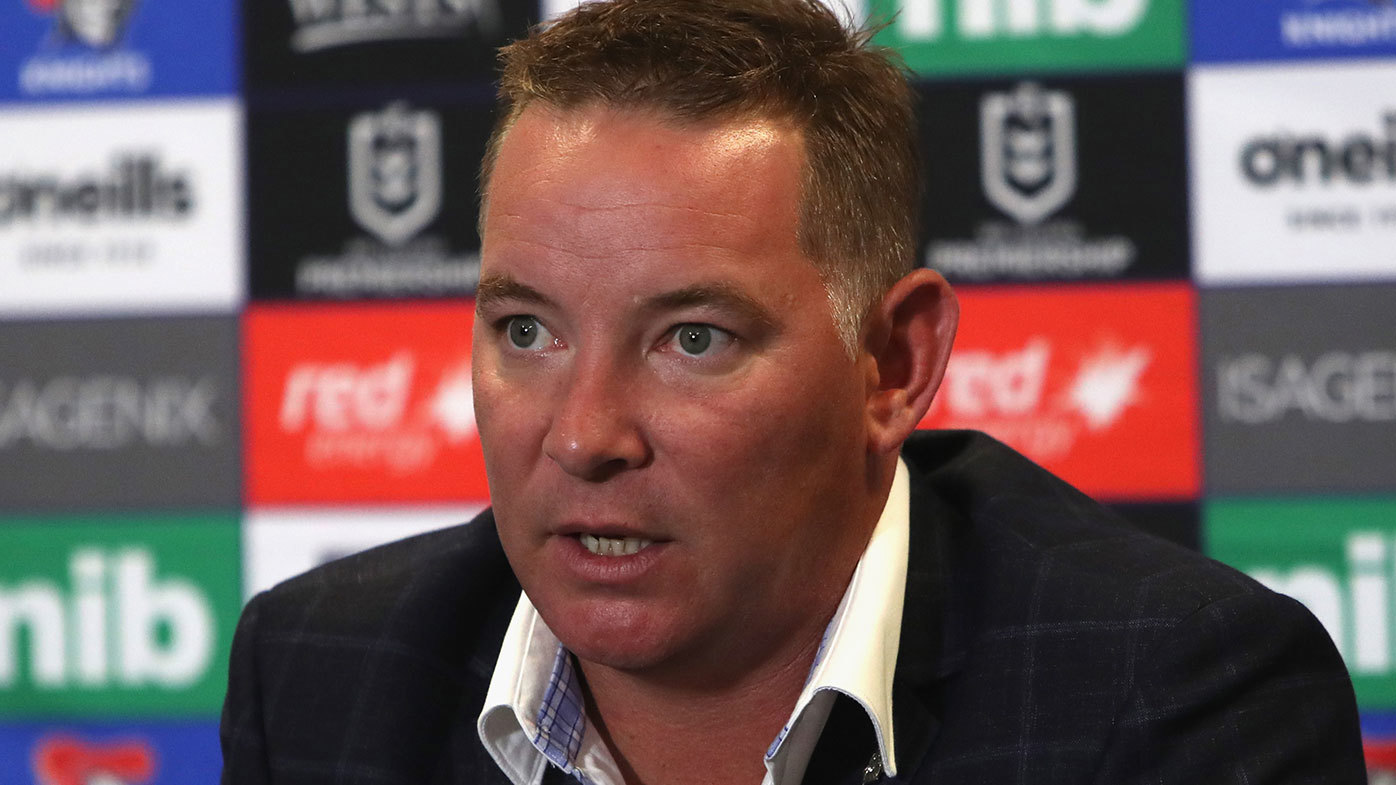 “I don’t think I’ll be able to name 21,” he told reporters after the match.

“We lost young Dom in reserve grade today. Naming the team will be a big hurdle this week.”

To help teams battling with injuries on game day, the NRL earlier in the week revealed that an 18th player would be added to game-day squads from round five after the ARL Commission approved a change in playing conditions.

The 18th man will be used as a concussion substitute but will only be allowed to be called upon if three of his teammates fail a head injury assessment.

When asked about the introduction of the 18th man, O’Brien challenged the NRL to start “listening” and “talking” to the players more.

“I was unsure around the HIAs… I’m on the other side of it tonight,” he said.

“I probably wasn’t thinking that way earlier, and you can’t judge everything on the one incident.

“They are the ones going through it out there, so that’s all I would say. I do it a lot, asking them how they’re feeling out there and what the game is like.

“I’m going to base everything based on what’s just happened to our team, so I don’t want to make outlandish comments and I haven’t given it a lot of thought.”