Meg Lanning’s Australian team has cemented its status as one of the greatest ODI teams in the game’s history.

Meg Lanning’s Australian side has cemented its status as one of the most dominant teams in cricket history after a world record 22nd straight ODI victory.

Up against New Zealand in the first ODI at Mount Maunganui, Alyssa Healy, Ellyse Perry and Ash Gardner notched half-centuries as Australia chased down a target of 213 with six wickets in hand.

The win meant that Lanning’s side eclipsed Ricky Ponting’s dominant Australian side which held the previous longest ODI win streak of 21 back in 2003.

The historic winning streak began back in India in March 2018, with Australia’s last ODI loss coming way back in October, 2017. 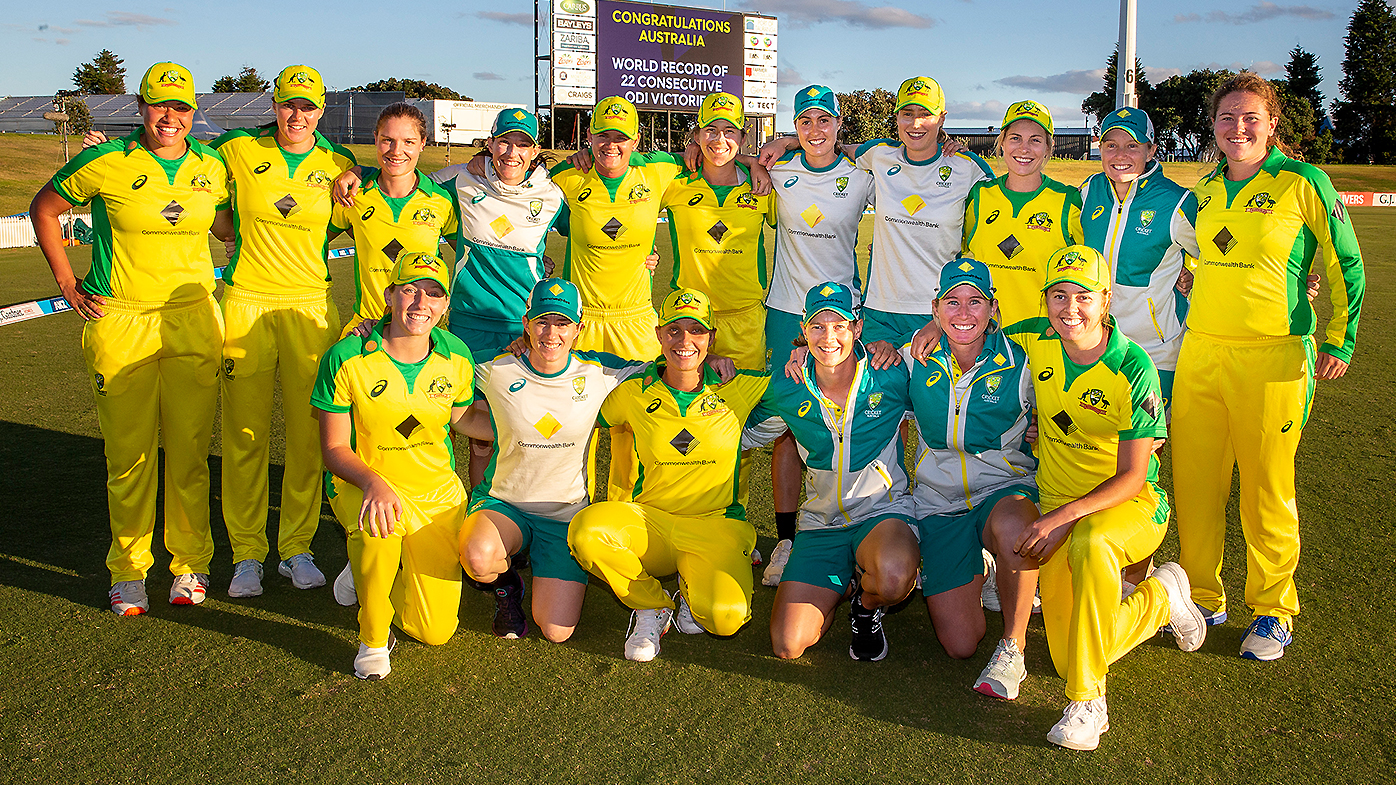 Gardner (53 not out) sealed the record for Australia when slammed a pull shot over the boundary for her third six of the innings, bringing up a half-century in just 41 balls in the process.

The late flurry came after Perry (56 not out) and Healy (65) set the table following the cheap dismissals of Rachael Haynes and Lanning.

When Beth Mooney fell for 12 with the score on 4-136, Australia’s chase was in a perilous position, before Gardner and Perry brought it home.

Earlier, Australia held the home side to a below-par score after winning the toss and electing to field first.

New Zealand looked set to post a mammoth first-innings total, reaching 2-159 before the wicket of the innings’ top-scorer, Amelia Kerr (90), resulted in a collapse.

Megan Schutt was the chief destroyer for Australia, with figures of 4-32 off nine overs, while Nicola Carey finished with 3-34 off 9.5 overs.