Carlton captain Patrick Cripps has silenced his doubters with a vintage performance in the midfield against the Dockers.

Under-fire Carlton captain Patrick Cripps has silenced his doubters with a dominant performance against Fremantle to end his side’s winless start to the year.

The 26-year-old was at his inspirational best in the victory, kicking two goals to go along with 34 disposals and 11 clearances.

Cripps’ sensational bounce-back performance had a galvanising effect on his teammates, as the young Dockers were overwhelmed in the first half without their skipper and two-time Brownlow Medallist Nat Fyfe. 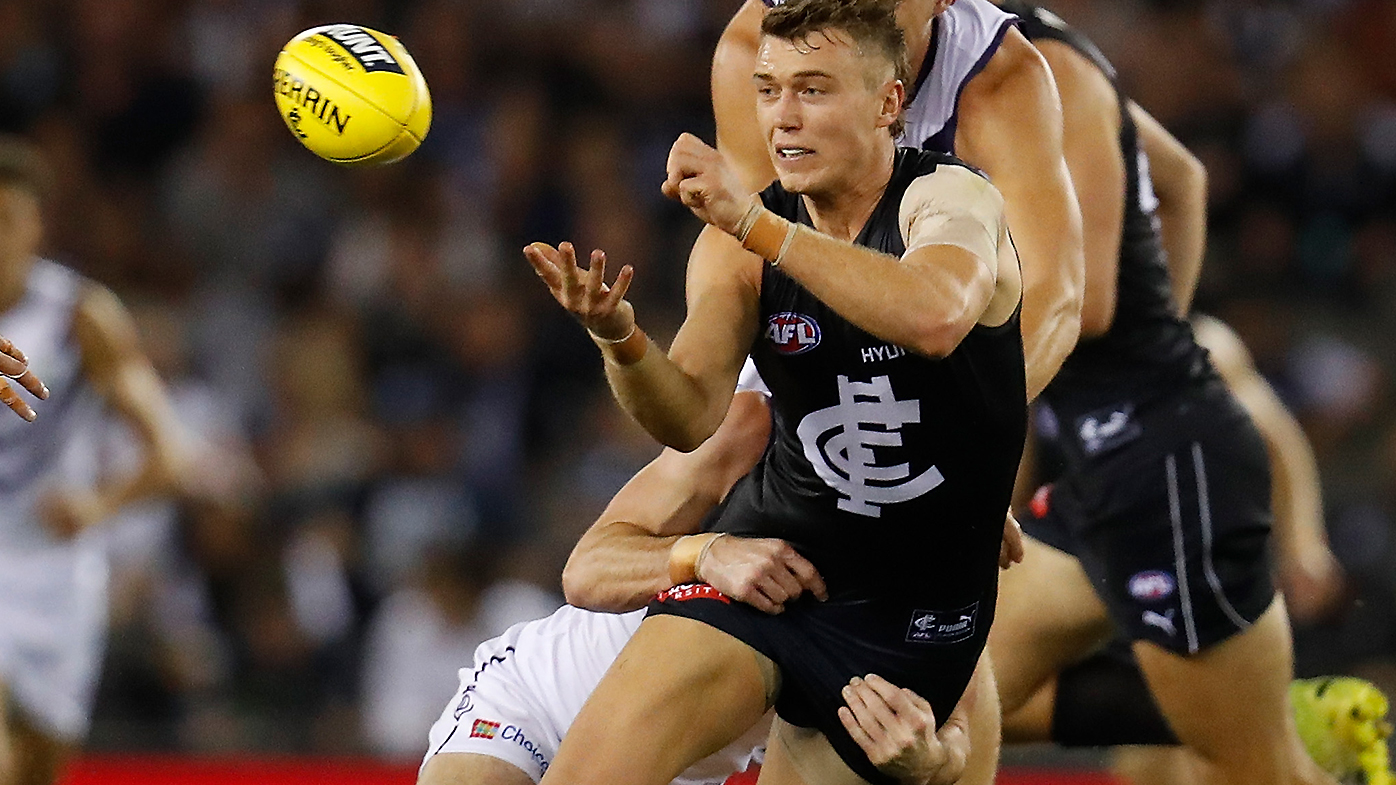 “There’s something about when your leader is a warrior like this, playing like this,” Kangaroos great David King said of Cripps’ performance.

“It drags not just the 17 others out there on the field, but the whole football club with him. This is a statement.”

“It’s been a delight to watch one of the best players in the competition bounce back and just lead his team the way that Patrick Cripps has today,” Bulldogs great Brad Johnson added. 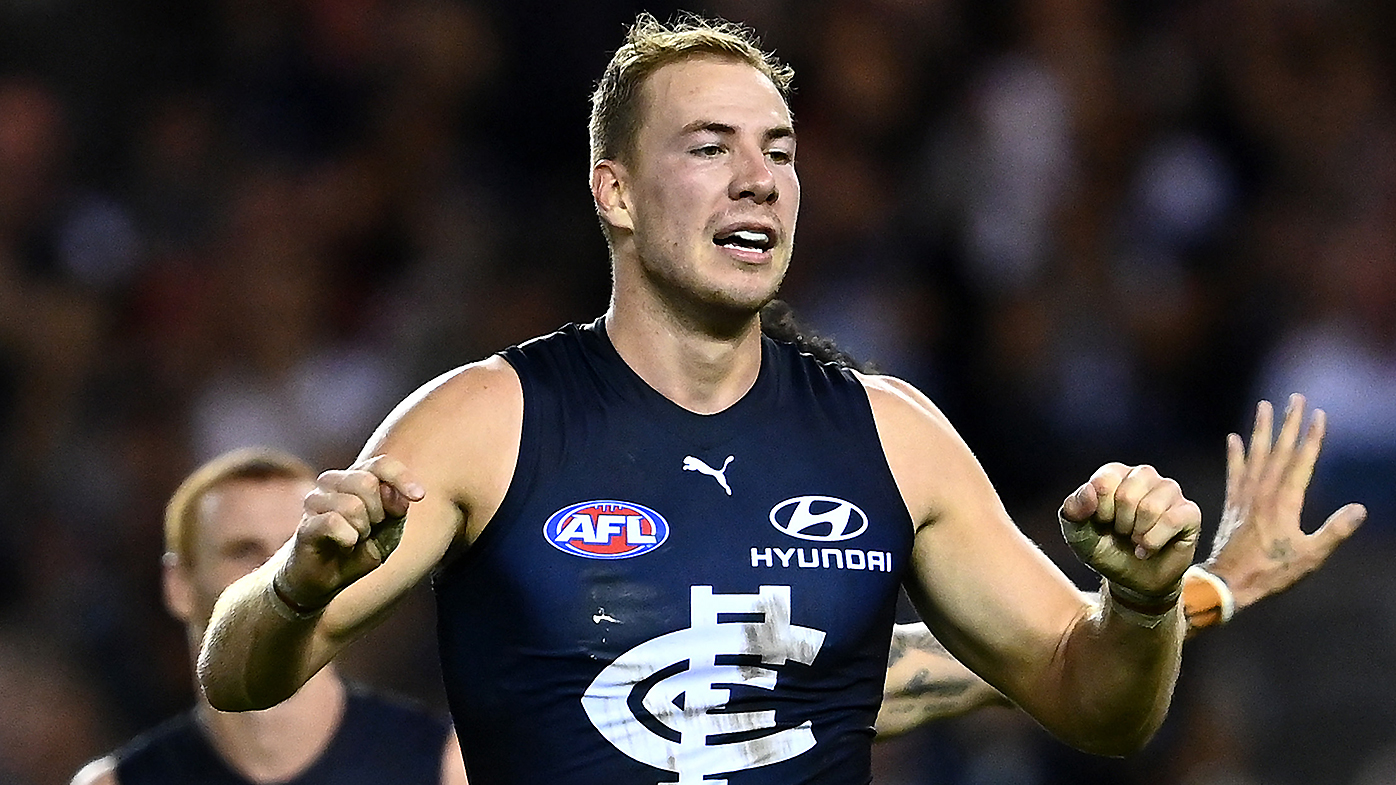 Carlton’s score of 109 was its highest in six years, with Harry McKay the chief destroyer up forward with seven goals and five behinds. Following the win, McKay also lavished praise on his captain.

“Crippa is a star of the competition,” McKay told Fox Footy after the win.

“Everyone jumps on his back when he’s played one ordinary half of football, but that just means he’s a star of the competition.

“I’m really proud of him. He’s had an awesome week on the track and I couldn’t be happier for him.”

Cripps’ worth to Carlton was questioned after his slow start to the year, with the Blues midfielder set to come out of contract at the end of the season. However, Carlton CEO Cain Liddle revealed that the two parties were nearing an agreement on a new deal. 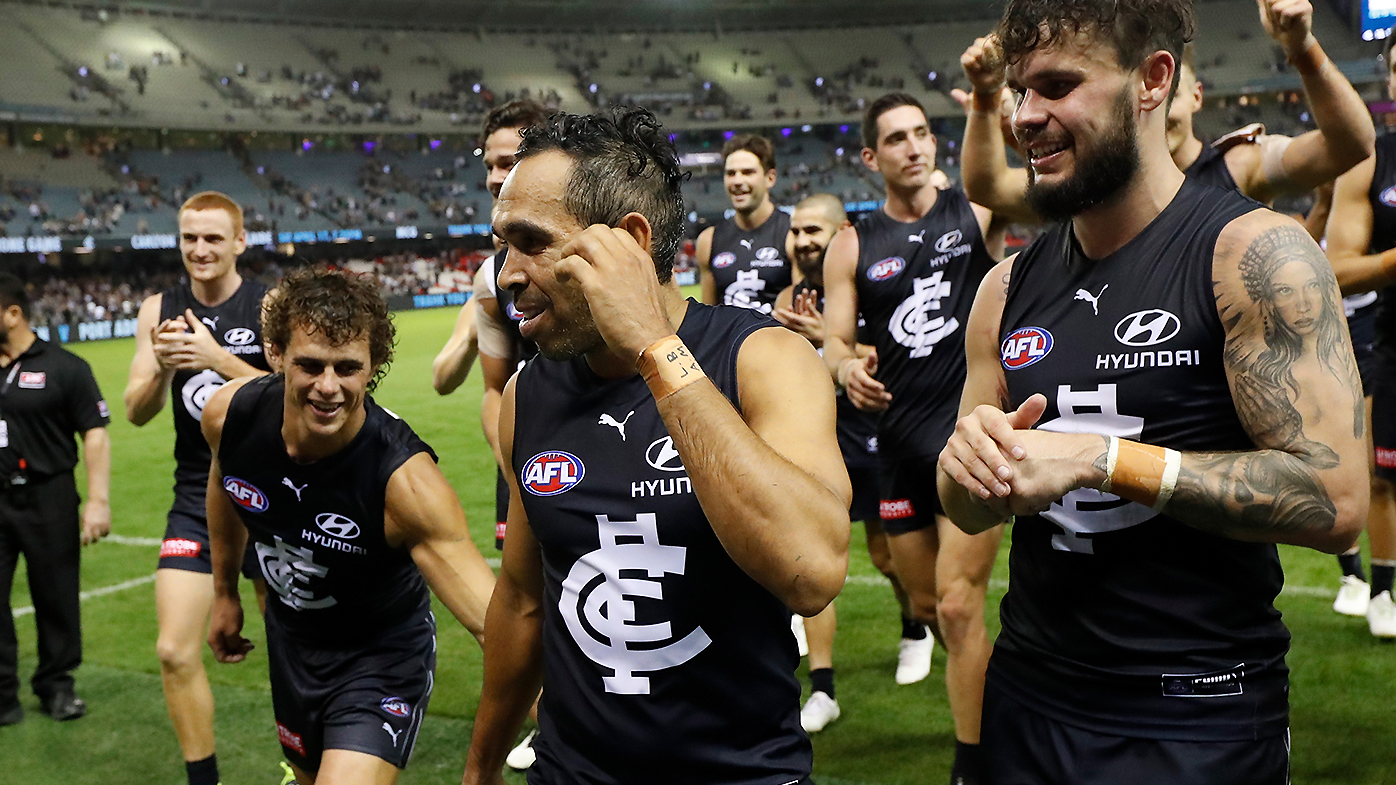 We’re working through that process with him and we couldn’t be more comfortable with where that’s at,” Carlton chief executive Cain Liddle said on 3AW radio on Sunday.

“He’s as invested a player as I’ve ever seen in a football club and I speak for myself and Teaguey (senior coach David Teague) and (Carlton football boss) Brad Lloyd who have worked at multiple clubs. So I don’t think that’s going to be an issue.

“We’re working through things with his management and hopefully we’ll have something for you in the next few weeks.”

Cripps and the Blues will hope to even their 2021 ledger at 2-2 next week when they travel to Queensland to take on the Gold Coast Suns, while Fremantle will return home to host Hawthorn.