St George Illawarra’s win over the Newcastle today wasn’t without controversy after the Knights were denied a late try.

St George Illawarra’s 22-13 win over the Newcastle today wasn’t without controversy after the Knights were denied a late try which would’ve set up a close finish in the dying stages.

Trailing by nine points with just over five minutes remaining, Knights winger Hymel Hunt appeared to score in the corner before the linesman deemed Mitch Barnett’s pass in the lead-up to have gone forward.

The controversial call left the 27-year-old winger in disbelief as he pleaded his case to the linesman to no avail.

While rugby league great Phil Gould took aim at the NRL for overreacting, with the decision of a forward pass today coming off the back of a controversial pass which went uncalled during the Warriors’ win over the Raiders last week. 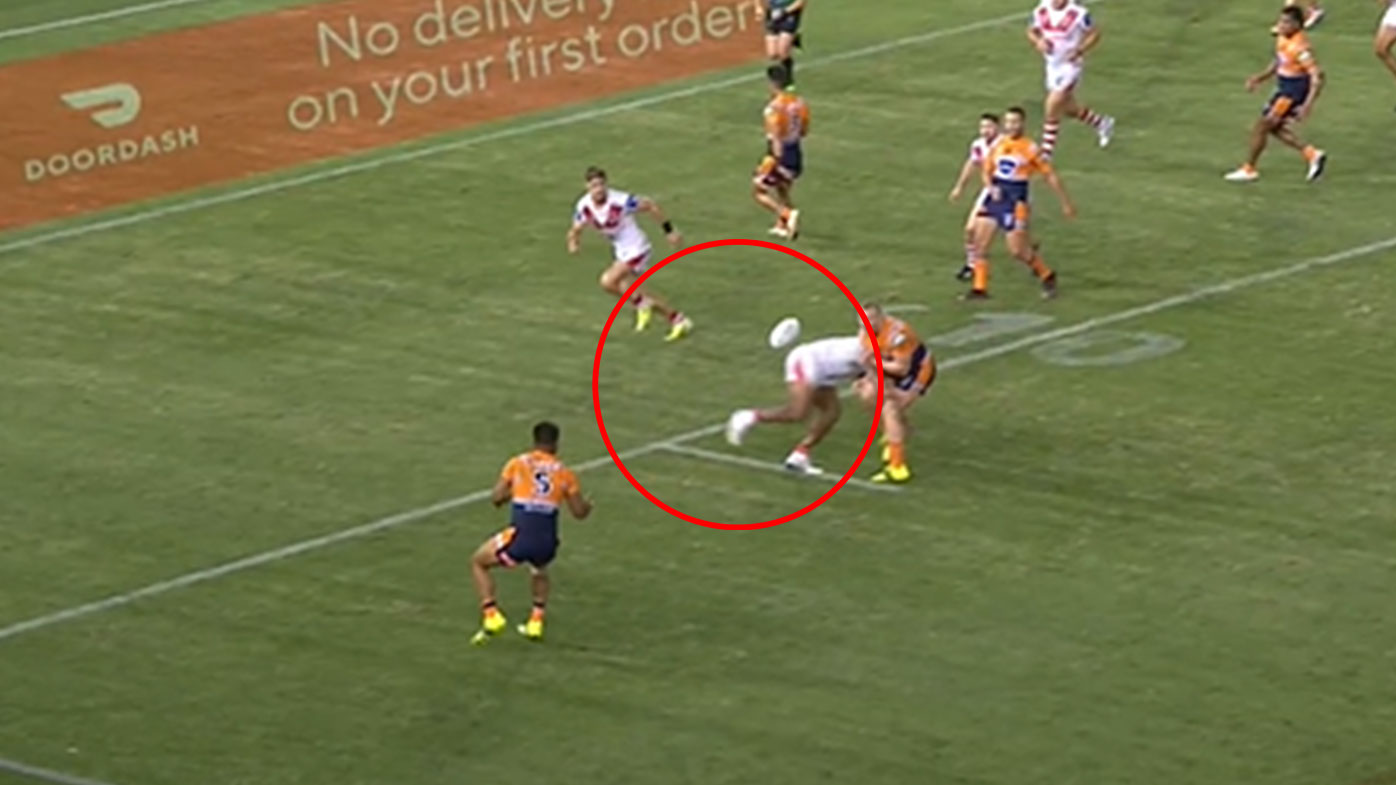 “That’s not forward by any stretch of the imagination,” Gould said on Nine’s NRL coverage.

“Last week there was one where the league came out and said it should’ve been ruled a forward pass. You know you’re going to get a reaction this week where linesmen will start calling them and ruling them forward when they’re not

“The overreaction is always predictable. There is no way that ball was forward.”

“No way it was forward, not in any era,” he added.

“You kill the home fans right there. What a terrible blow for the Knights.

“It would’ve given us a grandstand finish.”