Jack Miller has been hailed the “hero” of MotoGP Doha qualifying after the Aussie survived a terrifying moment.

Jack Miller has been hailed the “hero” of MotoGP Doha qualifying after the Aussie survived what a rival called “the scariest moment I’ve ever seen”.

Yamaha’s Fabio Quartararo was behind Ducati ace Miller in the final stages of Q2 when the Australian was caught in a moment of extreme peril on turn three; one that escaped broadcast cameras.

“I think it’s the scariest moment I’ve ever seen in MotoGP,” Quartararo said.

“When I saw that he improved the lap later, I can say – to be polite – big balls.”

Miller said that it had been a “massive moment”: “Grip was not fantastic this evening, that’s more or less was why I was pissed.” 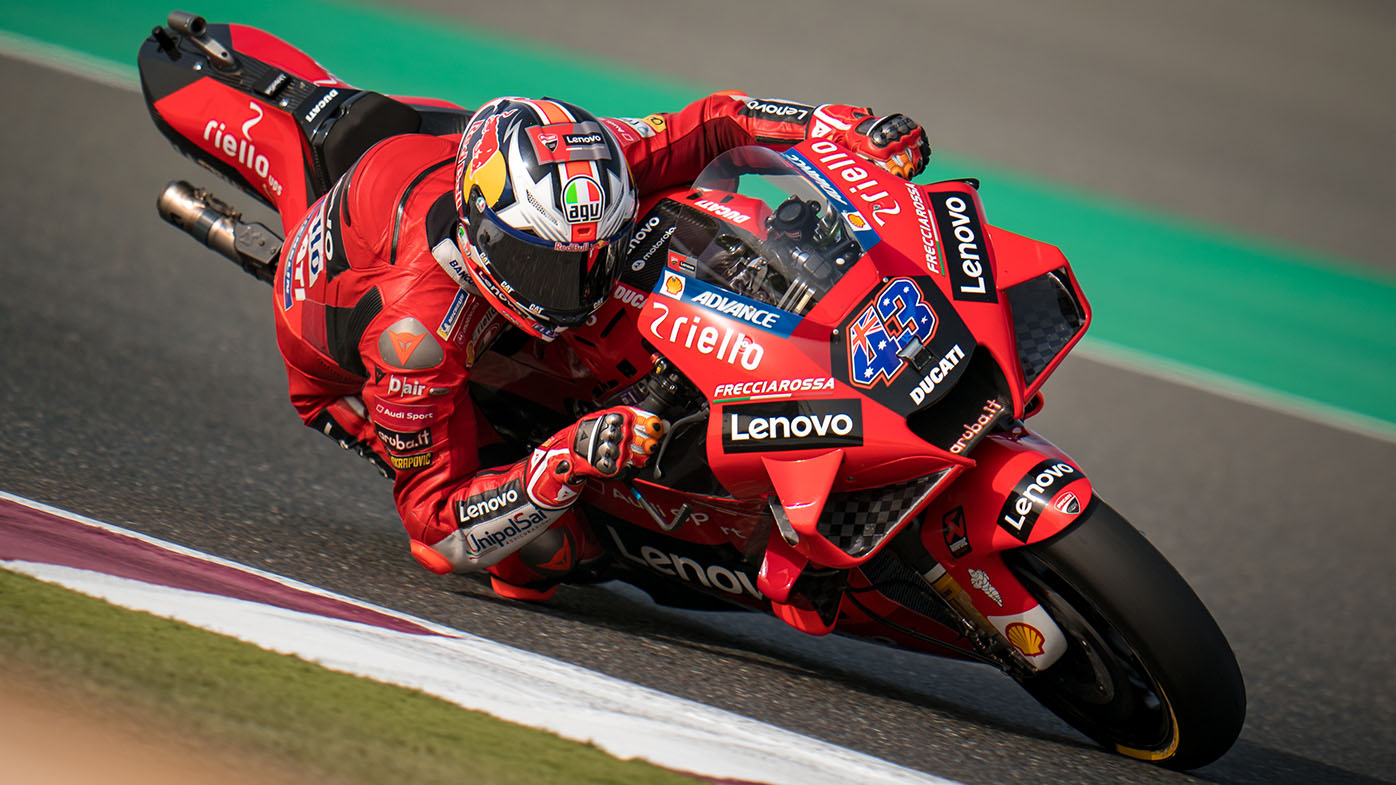 Quartararo said that it was a “shame” Miller’s brilliance eluded the cameras, hailing it as one of the wildest saves he had seen in motorcycle racing.

“For me, he’s just amazing how he can reset and make that lap time at the end,” the French rider added.

“So, he is the hero of today because he was really close to having a big one today and it was really scary from behind. Yesterday’s was nothing compared to what he had today. He made that but three or four times longer, and faster, shaking.

“So, it’s a shame it’s not on TV because I think it’s one of the biggest saves I’ve ever seen.”

MotoGP icon Valentino Rossi had his worst-ever qualifying result, down in 21st for Petronas-Yamaha.